Sergei Loznitsa on his Work 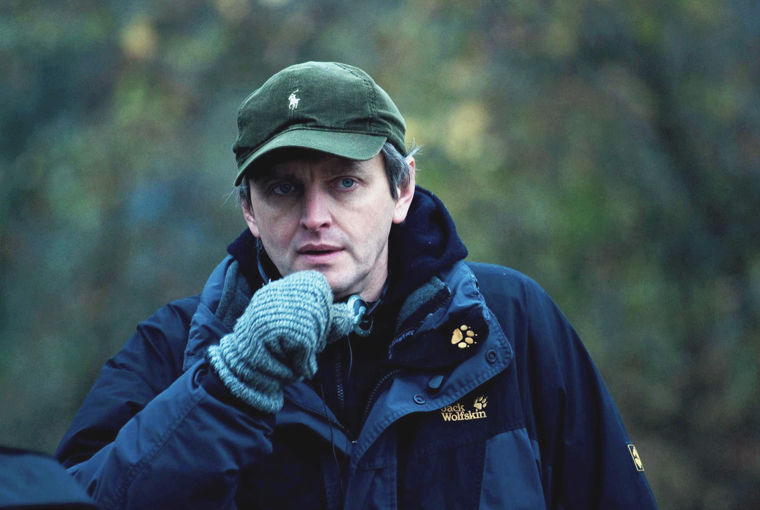 This year’s goEast film festival in Wiesbaden featured a retrospective of the work of Sergei Loznitsa. We met Loznitsa in Wiesbaden to talk to him about his past and future projects, and discuss some of the recurring themes in his films.

You have a scientific background. In science, when you can’t get any further with your work you simply throw it away. Do you think a similar process can be used in cinema?

Well, so far no. I haven’t come across similar situations in cinema yet. The scheme is slightly different. Obviously it depends on what science we use. But in general, in cinema, the degree of freedom is a lot higher. When you start working on a new film, it’s like working on a scientific theory from scratch. It’s only up to you, how far into the corner you will push yourself in the process of creation. It’s like a game of chess with an opponent who uses as chess pieces the meanings that you yourself have generated. So when we make a film, of course we use the clichés of perception that exist. For example, when one sees a man on the screen, one expects to see a women, and when one sees both, one wants to know what relation there is between them. Of course, you must kill these clichés and find new meanings of expression. But everything always starts from the very beginning. If you succeed, you will never find yourself in a dead end. Film is a theorem that has to arrive at a final point.

That’s my job. It interests me very much.

If we take a retrospective look at Russia’s history, it is tragic. The urbanization that is happening was forced. The agriculture was being destroyed during all these years. It was very well-planned and organized. But this has been going on since at least the Civil War. First there was famine, then there was the restructuring of the agricultural sector and its collectivization. Another change by force. The Second World War also brought with it the vast destruction of rural villages from which the countryside never really recovered. After the war, there was another famine killing about 10 million people. The Soviet Union took away the away the motivation to work from the people who live on the country side. Of course, someone has to talk about this.

Portrait is a film about a destructed space. The film looks calm and quiet, but for me it is a kind of muffled cry. It gives the impression that a bomb has just exploded there.

Is there also something exploding in your film “Landscape”?

Yes, there is a certain menace coming from this film. The film is connected with the concept of aggression. This aggression is caused by the fact that the social connections in society don’t function. In general, communication in society follows a very complex and subtle structure. It should be based on mutual trust. For example, when I turn my back to you, it’s an act of trust… because I trust that you won’t put a knife into my back. One mustn’t forget that we live in such a way, but that this has not always been the case. For me, the time to relax has not yet come. That’s why I want to study the process of aggression and how it can develop.

“My Joy” could be called such a study. The aggressive parts of that film take place at night. Your new film is called In the Fog. Is there a lack of enlightenment in society?

You are talking about darkness and nighttime. But the majority of violence happens during the day. So there is no particular symbolism. I didn’t think about that. In the Fog is a slightly different type of film. The previous film, My Joy, describes the state of a society. My new film is focused on one individual. It asks how this particular individual can deal with a society organized in such a way. What can he do in the circumstances he ends up in, given the malfunctioning of society. He takes a decision, which is his own. I don’t know if it is universally applicable, but the film asks this question.

Is there a possibility for society to change beyond the individual?

I think that the state of the Russian society today is such that the development is going in a very dangerous direction. The only thing that can save society is education. It is necessary, because it can give people some understanding of what’s going on. When you accept certain actions without understanding them, it’s like driving a car at high speed with your eyes closed. The biggest problem is a lack of understanding. There is a lack of darkness, not in a physical, but in an intellectual way.

Is there a hope for art to compensate that lack?

If art exists, then it is better that it exists than if it hadn’t existed. But in order to come in contact with this art, one has to make a step towards art to understand it. There has to be an active move from the audience. There are always two sides, and the problem is also on both sides. There should be a desire, one has to show a desire to learn and to understand. Truth exists, but people don’t want to know it. Truth can destroy one’s mind.