No Imagination Left To Write 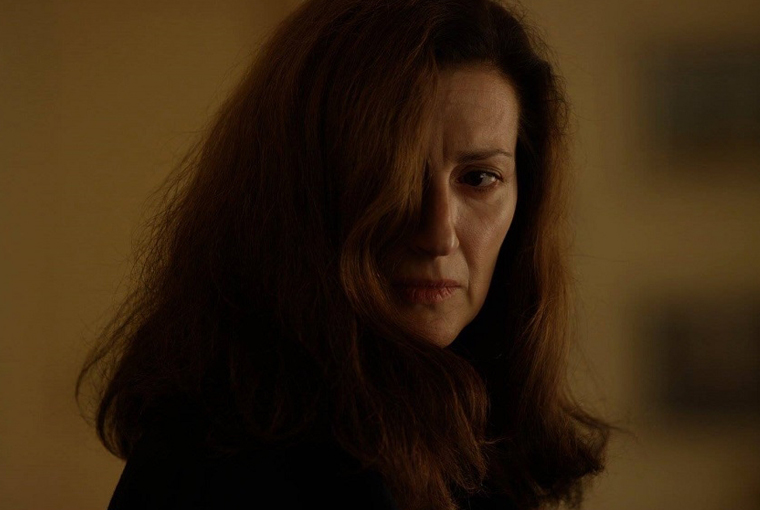 Peggy Sinclair’s parents took offense when, one year after her death, Beckett used her love letter to him as the basis for a short story.

Thomas Wolfe managed to insult the whole village, having depicted its inhabitants in his first novel (apparently, some of them even sent him death threats).

But Georgian housewife Manana, the main character of Ana Urushadze’s film, got herself into an even more serious mess. She is writing a novel seen by the members of her family as “pornography” with them in the lead roles. The situation is aggravated, because, firstly, Manana financially depends on her husband, secondly, chances of success of the novel (i.e. of acquiring independence) come to naught, and, finally, this novel is somehow a matter of life and death for Manana.

It is this last point that confuses her husband, who is otherwise welcoming towards his wife’s occupation. He proposes to leave her alone, to rent her an apartment, to let her write anything she wants on the condition that her family life stays out of her writing.

The first associations that come to mind when watching the intrigue unfold are those flat political ideas of an authoritarian soft-power permitting all kind of obscenity in art until it touches the power itself. But very soon we understand that it is not at all what Ana Urushazde’s film is about.

The ambiguity starts with the fact that we don’t actually know what is in the novel, and until the very end cannot be sure, whether it is a work of genius, as thought by Nukri – Manana’s bibliophilic neighbor – or a result of an ordinary graphomania bolstered by a psychic disorder. This indecision brings a splendid irony to the whole affair, which is shining clearly from the very title of the film.

First, this irony challenges an absurd assumption that may seem almost natural for a public raised on western media – namely that a repressed author is a good author. But that is not all. This ironic uncertainty starts to slowly disrupt the core of the intrigue itself. Thus, according to the plain logic of the narrative Manana should easily fit in the classic role of an unaccepted artist who has thrown his or her personal life on the altar of art. Instead, something quite different happens. In the cracks of the plot it is an imaginary that starts to leak out. Manana suddenly becomes a “scary mother”. She imagines herself as a vamp-bird Manananggal from Philippine mythology and scares her husband to death by her delirium. Traits of a predator show up on the face of a victim. Beyond the superficial conflict, the theme of “martyrdom for art” crumbles, revealing a profound reflection on the nature of this art.

Another thing is the actual manner in which it is all done. I remember how, knowing strictly nothing about the film, I saw the first shot – Manana, waking up in a strange posture, muffled in a black plumage-like blanket – and I thought to myself – “a bird”. That is not the only example of a visual sensitiveness that permeates the film. Ana Urushadze has a rare talent of constructing an image in one shot, one posture. Conciseness that accompanies at all stages the difficult task of combining two contrasting roles in one character is, in my opinion, without precedent in today’s young cinema. It is important to mention the phenomenal acting of Nato Murvanidze which contributes a lot to the task.

The connection between the nature of Manana’s art and her fantasies reveals itself with the same convincing steadiness, with which these two themes first developed separately. Manana’s “insanity”, metaphorically  representing the essence of her writing, suggests an original vision of a shadowy side of much-vaunted “creativity” and of a pathological nature of creative drive. Finally, Scary Mother is a profound reflection on a hypertrophy of reality, that drains the imagination and intensifies the want to create.