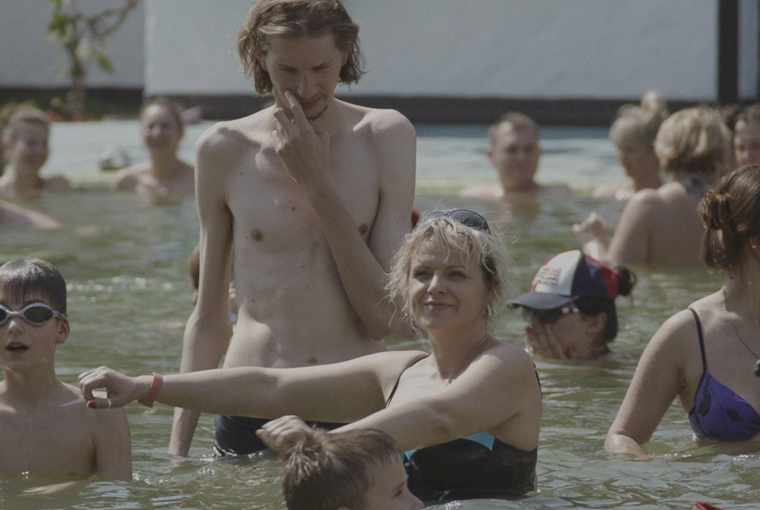 In time-honored festival flick tradition, Antonio Lukich’s debut feature My Thoughts Are Silent opens with an intriguing historical sketch that bears no apparent relevance to the film itself. This allegorical preface, stylishly shot in black and white and set in medieval Hungary, centers on an encounter between two monks and a presumed fraudster trying to convince them that the ragged bundle in his possession is, despite appearances, Jesus’ baby teeth. Faced with understandable skepticism on the part of the clerics, the peddler makes a proposition – they agree to meet again in a week’s time. One of them is to touch the teeth with his finger and, if the relic is real, a miracle will occur in the interim and they must buy the object for the asking price.

Cut to present day Kyiv. Vadim (Andriy Lidagovskiy), a young sound recordist, is recovering from the news that the teeth he’s just had replaced will be extra expensive because of the unusual formation of his jaw (Vadim is unusually tall – a fact used as the butt of numerous visual gags throughout the film and apparently one of the main contributing factors in casting him). However, it seems like his luck is about to change. A Ukrainian-Canadian client of his just happens to be working on a moralistic Christian video game that requires various recordings of animal noises. The client is particularly keen to get hold of a sample of the elusive “rakhiv mallard”, whose only habitat just so happens to be a lake in the Carpathians, directly on the border between Ukraine and Romania, and, most significantly, in Vadim’s home region. If he can capture the duck call, not only will he receive a hefty bonus that will solve all his money worries, he’ll even be offered a permanent position in the head offices in Canada. It seems like plain sailing, except that the only way for Vadim to reach his rural destination is with the assistance of his taxi driver mother Galia (Iryna Vitovska), kicking off a road trip rife with child-parent tensions.

The core of the film centers around this relationship and the mother and son’s conflicting expectations of one another. The whole concept of what a sound recordist does is entirely lost on Galia, and Vadim for his part confuses things by giving himself airs as a “successful exporter of Ukrainian sounds”. Galia would like to see her son conventionally settled, with a stable life and a family, whereas Vadim is clearly striving for validation of a completely different kind, and is perfectly happy to make a clean break with his past to achieve it. At the same time, Vadim hypocritically pushes his mother in the same direction she is pushing him. Galia flaunts the fact that she is dating a young Italian man, but Vadim wants her to find someone who will be able to care for her in old age, presumably so he doesn’t have to.

All of this is framed in a very lighthearted, cutesy comedy, structured around inevitable encounters with quirky figures, overlaid graphics of maps, pseudo-90s electro pop and animal montages. As with any comedy, the success of the humor is a question of personal taste and interpretation, though there are certain scenes that cross a definite line in terms of cringe-worthiness, notably the moment in which Vadim is forced to seduce an older lady to make her parrot jealous so he can record it squawking. Moreover, while the mother-son relationship is successfully constructed in the sense that it will be only too familiar for many viewers, neither of the characters is particularly likeable, making it hard to feel an emotional investment in their destinies. This is exacerbated by many instances of heavy-handed dialogue and the predictable linearity of the road movie format.

Overall, however, the film seems to suffer from a surplus of images and leitmotifs that don’t really go anywhere. The mysterious duck, the supposed instigator of the story, disappears from the narrative for a large chunk of time, and when it finally physically manifests itself the whole encounter is fairly unsatisfying and ambiguous, although this could be intentional. Similarly, the concept of sound inherent in the story, the title and the main protagonist is never really used creatively or meaningfully except in the soundtrack. Even the teeth from the first scene only seem to serve as an underwhelming punchline for the moment when Vadim’s expensive dental implant gets knocked out of his mouth by a police officer.

The ending of the film encapsulates this sense of imagery prevailing over meaning or dramaturgy. The ordeal of the duck hunt now over, the expected roles have changed, with Galia emigrating to Belgium to start a life with a new man and Vadim left behind in Ukraine. Galia sends him a down jacket as his Christmas present and instructs him to light a candle for his grandfather. However, the candle burns a small hole in the aforementioned jacket, from which a duck feather escapes just as the choir in the church start to sing a gospel version of “Viva Forever” by the Spice Girls, Galia’s favourite song. Any meaning to be found in this whole set up is certainly hard earned. Have the characters found peace and acceptance or just defeatist tolerance of their situations? Is this the miracle promised at the beginning of the film? In which case, are we supposed to infer that miracles are inherently disappointing? Is it some kind of critique of the pointlessness of this kind of imagery? Personally, having accompanied the pair for the whole journey, I’m still more interested in finding out what happened to the monk who touched the holy tooth. 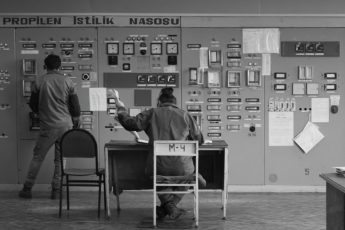 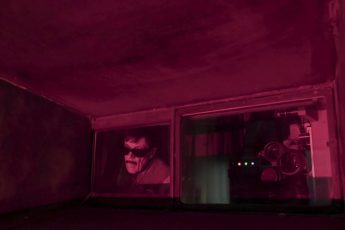