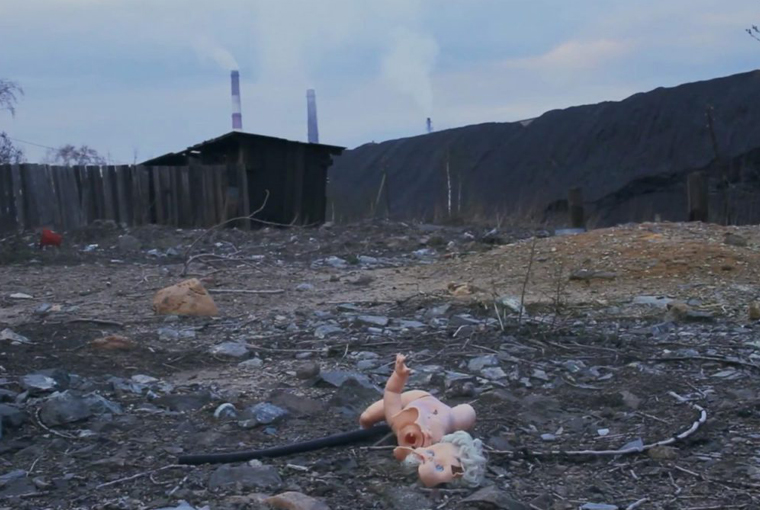 There is no doubt that one of the most pressing global issues today is environmental degradation. The problem is as political as it gets, since it is directly linked to global production, trade and our financial system. Consequently, there is an increased interest to see how cinema will treat environmental problems and climate change. If the first environmental documentaries shocked the audience with images of environmental disaster, the effectiveness of their approach can be questioned, in the same way that we may debate to what degree seeing war images contributes to the emergence of an anti-war movement. When people have been exposed to a certain number of shocking images that relate to a specific problem, these images stop being effective in inciting immediate action. Making something visible does not seem to be enough. An activist dimension of environmental documentaries is often described as “raising awareness”. Still, what kind of approach will actually succeed in raising awareness is a hard question that should perhaps be examined from a strategic point of view.

Carolin Koss’ Copper Mountains reveals yet another bitter story of intensified industrial production gravely affecting local communities and posing substantial threats to the local ecosystem. Her film is an empathic portrait of local communities from the Ural Mountains in Russia. These communities – Karabash and Tominsky in the region of Chelyabinsk – observe their natural habitats being turned into a toxic wasteland with the growth of local copper-extraction and copper-processing factories. The documentary gathers testimonies by residents and scientists living in this area. They all describe the familiar narrative of industrial development in poor communities which are asked to choose between chronic unemployment on the one hand, and watching their natural surroundings being progressively filled with toxic and carcinogenic substances on the other. Because of the gradual impoverishment of these regions and the lack of political alternatives, factories present the only available source of income for many families. Consequently, environmental survival appears to clash with financial survival, leading to a debate whose contrary positions seem impossible to reconcile. Of course, state policies leading to the countryside’s impoverishment exists in many countries. The same discourse can be found, for example, in Skouries (Greece), where for the last couple of years the local community opposes the construction of a local gold-extraction factory which promises a stable source of income, an argument impossible to ignore in a crisis-stricken country. To put it simply, as long as industrial activity is the backbone of production, certain areas will be chosen as industrialized zones regardless of the environmental consequences. Indeed, as is implied in the documentary, legal actions against these factories become ineffective because they seem impossible to put into action.

The documentary images portray a yellow wasteland. Leafless trees, dark waters and gas-filled skies are everyday life for these communities which observe their fish, animals and plants slowly die out. Through the film’s vivid descriptions, it becomes clear that for these people, a whole way of life is irreversibly lost. The images of the environmental disaster are accompanied by a discreet, sad soundtrack. Over time, the images begin to look less and less from this world and more like a deserted, post-apocalyptic landscape. This pictorial approach alternates with short interviews with experts discussing the situation, or with locals explaining the particular consequences that they face in their individual lives. The experts, a scientist and a doctor, explain how certain toxic chemicals will probably be diffused around the whole region in the future and why the understaffed hospital will be unable to deal with the increased number of patients. The latter are mostly children with difficulties in their respiratory system because of gases emitted from the factory. Often these two elements are combined and create a voice-over narration over the images of the destruction which describe in more detail the historical process that led to this situation.

This showing-reality-as-it-is approach is indeed effective in certain cases. For instance, one does not necessarily need to be presented with a creative narrative in order to become aware that these people are facing hardships, in the same way that one does not need to hear an elaborate discourse to become aware that refugees from Syria (the most recent example) have faced war horrors before arriving to Greek-European borders. Their fatigue and profound sadness is just there, written on their faces. This combination of tiredness and sadness is evident in the short silent portraits of the locals, as exemplified in the final part of the documentary. However, seeing or acknowledging a problem does not automatically lead to taking action against it. If a creative documentary aims to reach a wider audience, if its goal is to increase the visibility of a particular issue, then the question of effectiveness has to be discussed.

If, for example, we examine critics’ reactions to Todd Haynes’ Dark Waters, a particularly effective environmental film, we can pinpoint a great variety of emotional responses. Infuriating, gripping, disturbing, haunting, are all strong adjectives that have been used to describe it, giving us an idea how the film’s narration engaged with the viewer on an emotional level. It goes without saying that feature films have greater leverage when it comes to constructing a narrative than documentaries and perhaps this is an unfair comparison. Still, these films clearly share the same objective: not only to inform but to influence the way people perceive a specific environmental issue. Copper Mountains could have benefited from an approach that seeks to do more than present the problem. After all, a creative documentary can afford to experiment with more complex approaches if it wants to strategically fight against the banality of evil.

There is another dimension to the question of effectiveness. A documentary is not only addressed to an external audience, but it also reflects back onto the dynamics of the local communities depicted therein, and the way it represents them affects the way they see themselves. Thus, a documentary’s capacity to motivate local communities should also be examined. If environmental documentaries are a more recent trend in filmmaking, political cinema is as old as modern capitalism itself. From a Marxist viewpoint, cinema can be a tool to empower communities and lead to a rebellion against local oppressors, or at least help communities become conscious of their situation and existing power relations. For that to happen, a documentary needs to not only present facts, but to present a real perspective that is capable of uniting the local community around a specific goal. In the case of Copper Mountains, while its narrative implies the necessity to organize and act against corporate interest in a remotely activist way, the style and tone of the documentary does not suggest that. Its melancholy creates the impression that we are here dealing with imminent defeat, a tone we often find in environmental documentaries.  But sadness and melancholy, both of which are perfectly authentic reactions we all share when faced with strong images of a potentially irreversible environmental disaster, lack a strategic purpose. Instead, they communicate a feeling of defeat or powerlessness which could lead to passivity and surrender, and this can also be found in the words of local people when they are actually saying that “they are old anyway” or that “they will die anyway”. And while that, too, may be an honest feeling of this community, simply reproducing it will not contribute to actively fighting the problem.

There is one final aspect to this argument. People who participate in political documentaries on local struggles, tend to see cinema as a tool to increase political pressure. They seek to effect immediate changes, in this case to stop the construction of a new factory and to shut down the existing one or at least increase its ecological standards. Therefore, by participating in a documentary, the people participating in its creation are, at least partially, reacting to a specific problem with specific goals. If a film does not help achieve these strategic goals, it becomes a source of additional disappointment for these people, who may perceive their efforts as having been wasted. Politically, the creation of political documentaries of this specific kind is thus a double-edged knife. Regarding these questions, Copper Mountains is a very interesting instance of a questionable filmic approach. Because of its strong images and clear structure, however, the film can nevertheless prove to be instrumental in propelling discourses on environmental creative documentaries and the different ways they can approach environmental issues. Certainly, documentaries have the potential to be a strong source of progressive power in this environmental fight. As the destructive effects of industrial activity cannot be denied anymore, images do not speak for themselves. It is the right time to focus on the effectiveness of creative cinema.