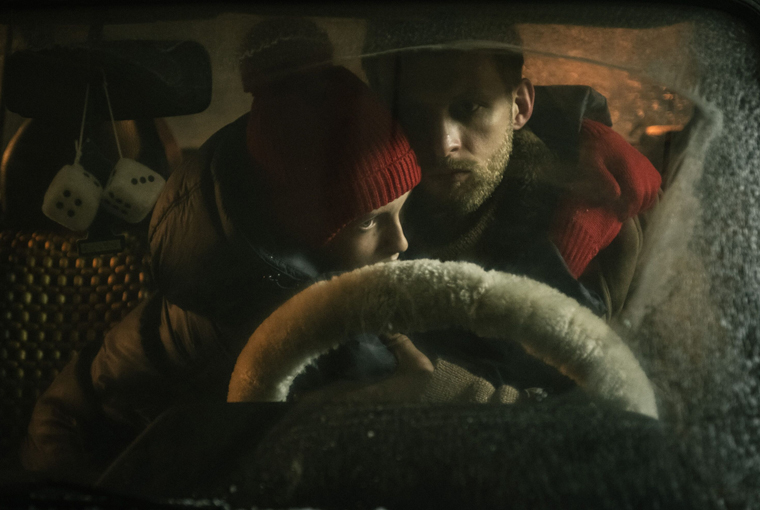 Kirill Serebrennikov’s name is often evoked to discuss contemporary Russia anti-governmental art – at least it is in a Western context. Former artistic director of the Gogol Theater in Moscow and director of Leto (2018), Serebrennikov has repeatedly been unable to attend festivals and other international art gatherings since he was either under investigation or under house arrest for charges often considered to have been politically motivated and contrived by the government. As one would expect, the global premiere of his latest film, Petrov’s Flu, once again found him confined inside his house, since he is still under legal obligation to remain on Russian soil. These existing conditions and underlying assumptions around Serebrennikov’s political stance allowed for a hasty celebration of Petrov’s Flu as a political urban satire, identifying, beneath the film’s visible surreal surface, a hidden commentary on the “social decay” or “societal breakdown” of contemporary post-Soviet Russia.​1​ This attempt to superimpose an all-embracing interpretation is at the same time an attempt to bring order to the film’s chaotic structure, which employs spatial and temporal discontinuity, ellipses, and absurd situations. However, one has to wonder what such an interpretation that reduces the film to generalist statements can add to the filmic experience itself.

Instead, one could argue that it is exactly in the unintelligible, which is at the forefront of the film and so on its visible surface, that Serebrennikov’s originality and political stance can be located. Petrov’s Flu pursues a taxing task that is to transpose the complexities of the mind and a delirious person’s interior monologues to a visual form. To this end, Serebrennikov employs perhaps the oldest of cinematic traditions, resorting to carefully designed studio sets, surreal discontinuities of space and time produced by complex editing and a fast-paced rhythm, and a frenetic kinetic energy. The result is a sensorial filmic experience which infects the viewer with another kind of fever, as it temporarily suspends logic and causality, activating his desire for illusion and instilling in her a thirst for cinematic magic.

Petrov’s Flu’s illusory force is based purely on camerawork, on transitions and movements which are only possible for the cinematic medium, so it is no surprise that DoP Vladislav Opelyants received the CST Artist – Technician Prize in Cannes for his work on the film. Among other notable sequences, the film includes a fight scene which switches between different sets and temporalities, and a 18-minute-long shot where the camera follows Ivan Dorn, the popular Russian singer – who here portrays a suicidal writer – through five different sets, including a landscape filled with snow. Not without a hint of irony, the shot ends with a large-scale explosion.

These choices are at least a comment on – if not a proof of – cinema’s capacity to activate the viewer’s senses through its inherent techniques: movement and lighting. Allowing for the arbitrary without surrendering to the random and meaningless, the film remains plausible within the framework it itself establishes, even when it willingly reveals its set to be fake decoration, or when absurdity dominates all aspects of reason. From that perspective, Fever’s Flu proves to be superior to huge-budget mass-entertainment illusions which end up completely generic and predictable for an audience accustomed to the most complex computer-generated visual effects (let’s take Denis Villeneuve’s Dune for instance).

The mental forces’ subversive nature, against reality itself, are already activated in the film’s opening sequence. Stuck inside a night bus full of people, Petrov cannot but listen to generic anti-governmental and anti-state discussions that occasionally erupt among the passengers while he himself appears to be suffering from a severe case of flu. Then, as the bus stops, a group of masked and armed individuals enter and ask Petrov – and only Petrov – to follow them. He is subsequently forced to witness what appears to be an improvised – though efficient – coup d’état, and to then physically participate in the public execution of a couple of corrupt politicians and businessmen. The scene ends with Petrov back inside the bus, rendering the whole sequence a manifestation of his mind, or some kind of collective fantasy. His wife Petrova appears to suffer from a similar type of fever, often transforming herself into a person with black eyes and superhuman strength, for instance for the purpose of executing aggressive men. This invasion of the forces of fantasy into the realm of reality is recurrent throughout the film and helps create a chaotic and delusional cinematic universe, a visible manifestation of the Petrovs’ delirious fever.

If, beyond the cinematic spectacle, a political comment can be found in Petrov’s Flu, it should primarily be located in its commentary on the fictitious nature of reality. Any effort to establish a clear hierarchy between reality and fantasy is bound to fail. Those events that could be characterized as surreal or absurd do not belong to a different sphere, separated from reality. Instead, the viewers witness reality itself being fabricated through the subjective prism of a mind which constantly produces fiction. Petrov’s and Petrovna’s mental confusion contaminates everything around them. It rearranges reality, produces variations of the same scenes and even changes the identity of some characters. For instance, the film’s final sequence, which is centered around the resurrection of a dead body, is itself a variation of a hypothetical dialogue that took place earlier in the film, when Petrov and his friend Igor wondered what would happen if they were to replace the dead body inside the coffin with a living – and drunk – person.

Besides fiction, reality is affected by a second type of interference, one that comes from the past. Similarly to the fictional scenes manifesting themselves out of nowhere, a scene from Petrov’s childhood appears, first as a memory, then as seen from different perspectives. The scene, shot in a different video format to the rest of the film, depicts a school dance, where Petrov, a child at the time, holds the hand of a Snow Princess. “Are you real?,” he asks, and the girl replies with a simple “Yes”, confirming yet again the “realness” of fantasy. Like the dead body at the end of the film, it is hard for the past to remain dead. Petrov’s idealized past – Soviet childhood – constantly inserts itself in his mind and inside the film’s structure. Serebrennikov, though, critically reflects on one’s nostalgic relation to the past, foregrounding the subjective nature of memories, and at the same time, their ability to haunt present reality by taking the form of obsessions. Objects or people referencing a forever-lost past reappear in a deteriorated form, showing the present to be a parodic or failing version of the past. The only present-day Snow Princess is an old lady who works as a nighttime ticket inspector and wears a costume like the one from Petrov’s memories. Moreover, when a true miracle eventually does happen – a dead body begins to walk again -, it is portrayed as unwanted. The resurrected man escapes running and enters an empty night bus, ending the film on a weird and unpleasant note. The dead – and the past – should remain dead, and even if a miraculous resurrection were possible to bring them back to life, it would only lead to an even more distorted reality, never producing the imagined ideal changes.

The film’s technical complexity and numerous unwrapped plotlines may discourage certain viewers who would prefer an easy-to-follow narrative. But identifying the whole film as an allegory for post-Soviet Russia’s grim social reality would be to ignore its commentary on the fictitious nature of reality, on our eagerness to create fantasy as an escape mechanism, and on how absurd reality already is – or has recently become – while still being considered “normal”. The film touches – without providing answers – on all of these questions, which rise above yet another anti-governmental statement. If anything, such eagerness to identify social criticism in the work of a political Russian artist may as well be a different form of fantasy affecting reality, one that inhabits a Western perspective which constantly seeks out more metaphors of Russia’s decay in Russian artworks. 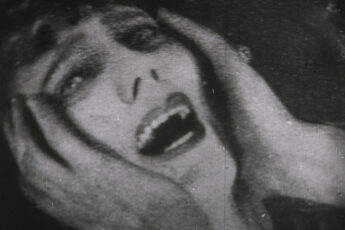