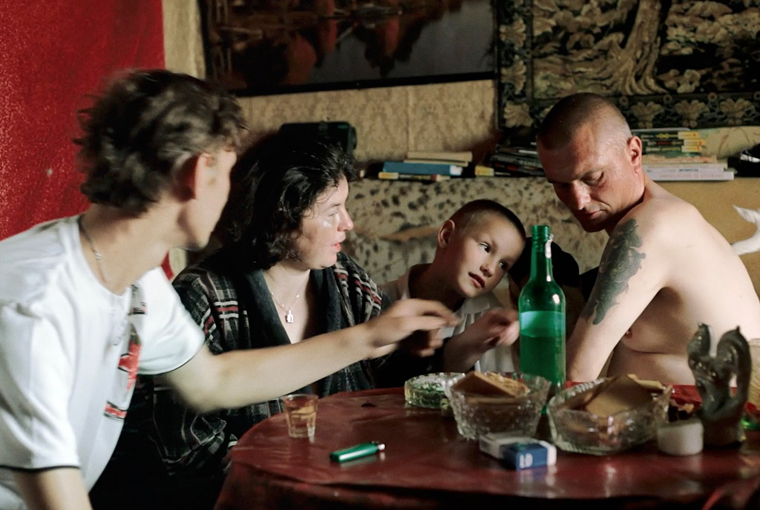 In a quaintly ramshackle apartment that could be anywhere and could belong to more or less any era from the past 50 years, Diana and Aivaras live with their son Romanas. The walls of the one main room are covered in quintessentially Soviet textile art (the family actually resides in the Lithuanian seaside town of Klaipėda), while the run-down kitchen is dominated by a rusty wood-fire oven. There seems to be no running water in the house – they get drinking water from a local church and wash the dog in a public fountain. The couple live from scavenging junk on the streets, and by most standards they can be said to be in a state of poverty. However, Linas Mikuta’s documentary Roman’s Childhood doesn’t offer any particular commentary on their situation beyond painting a portrait of what seems to be a relatively happy family doing their best in the face of capitalism.

The title is somewhat misleading, not only because of its unpromising blandness, but also because it isn’t really told from Romanas’ point of view. The focus of the narrative, in so far as there is one, is on his birthday, which is celebrated very sweetly with a mini-party with his awkward friend. Many of the scenes focus on him carrying out typical kid activities that are paradoxically both quintessentially child-like but also evocative of a bygone era – playing in sand on the beach, jumping on trampolines, climbing on statues (often without adult supervision). More screen time is dedicated to his parents and their relationship, however. We see them going about their daily lives, collecting things to sell, taking care of the apartment, and hanging out with friends. There’s no drama to speak of. The back story to their way of life is never explained and they also never complain about it.

The simplicity of the domestic scenes represented is contrasted by the lushness of the cinematography, which is almost distractingly beautiful. Especially within the space of the apartment, the carefully framed static images have a painterly quality to them, with a rich color palette and expressive use of light that bring out the tactility of the furnishings. The whole cinematic approach treads a careful balance that manages to avoid falling into the trap of judging their poverty on the one side, and fetishizing it on the other. The pristine visual composition adds an air of poetic dignity to what is objectively a cramped, dilapidated space, but stops short of glorifying it. The only point at which the aestheticism gets a bit overblown is in periodic interludes that suddenly introduce music into an otherwise naturalistic sound design, shoehorning in emotion unnecessarily.

The filmic construction of both the interior and exterior worlds is also very deftly handled in terms of creating a sense of timelessness that is gradually shattered. When typical contemporary objects do appear, they feel weirdly out of place, as if they were from a parallel universe. Diana and Aivaras are excited to discover a haul of discarded DVDs, even though they have nothing to play them on. The one device they do have for consuming media is a fascinating example of a brick phone with a tiny screen that can play video files, an object that can have only existed in a very brief and specific moment of time. The family seems to rupture some kind of continuum by existing in their own parallel timeframe.

Likewise, the absence of contextualization has a similar effect in terms of situating the story geographically. Of course, language is always an unavoidable marker of cultural specificity, and, as mentioned, the aesthetics of the décor have a clear Soviet influence. Beyond that, however, the exact location doesn’t particularly matter. The brief glimpses shown of the city, which seems fairly well kept, at least in parts, confirm their position as marginal and not typical of the whole community. Nevertheless, the denial of explicit geolocation creates a sense of universality – every affluent society will have families like these in the fringes.

The film doesn’t make any particular statement about how to resolve the problem of subsistence scavenging, nor does it advocate it as an idyllic lifestyle. Rather, it tells a story of resilience in the face of capitalist constraints and the bonds of family affection. Intentionally or not, these people exist outside of the mainstream system, yet they have no apparent urge to be re-integrated into it. The title raises the question – if this is Romanas’ childhood, what will his adulthood look like? To a large extent, that will be decided by the developments of society in the coming years, which is something the young boy will only be able to have a limited influence over, especially since he already partially exists outside it. In his immediate environment, however, his parents seem to be giving him a pretty decent start with a loving home and the freedom to explore the outside world. 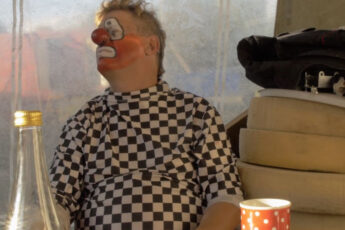