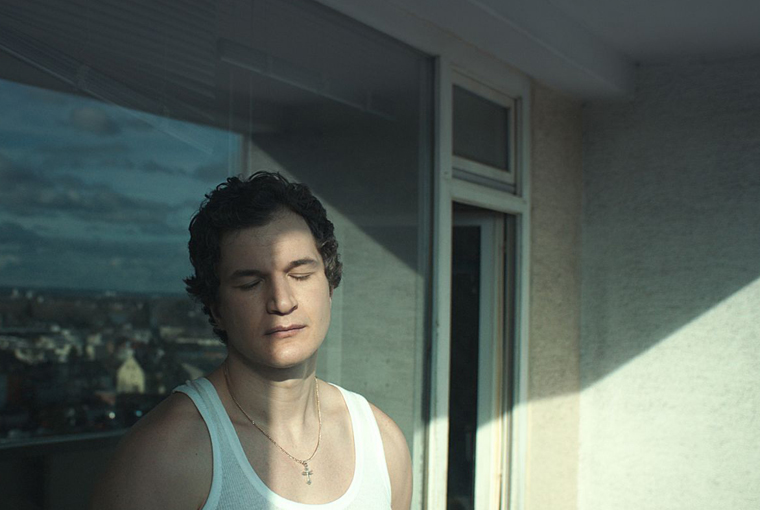 Mysterious stranger Zhenia (Alec Utgoff) wanders from his Ukrainian hometown of Pripyat to embark on a career as a massager in Warsaw. Upon entry, he hypnotizes the immigration officer, paralyzing the interviewer so he is able to process his own application to live and work in the city. Zhenia descends upon an affluent estate like a guardian angel. His healing hands sooth and caress his pained clientele, while his tantric prayers absorb psychological impurities and traumas. Tonally, Never Gonna Snow Again can have the capacity to be somewhat meditative and provocative, but it never ceases to be less than a spellbinding ordeal as well.

The estate is inhabited by familiar on-screen archetypes of the bourgeoisie. Families consist of cheating husbands, desperate housewives, absent fathers and spoilt children. Brats spit and curse at their exhausted and disinterested parents. Hungover, single mothers glug bottles of priceless Chardonnay for breakfast. A new wave entrepreneur practices Tai Chi on his balcony in his revealing dressing gown. These absurd caricatures of the upper class build a rather damning social satire, but as the film delves deeper into their habits, it is revealed that they are not victimless lifestyles. Killing them with kindness, Zhenia’s role becomes that of a savoir. His sessions aim to save the citizens from themselves, their self-doubt and their own self-destruction. Whatever negative influence and detouring factors these people face, Zhenia’s powerful therapy seems to abolish, liberating them once again. Before Zhenia’s quite literal vanishing act, the citizens of the estate must come to a reconciliation with their immoral behavior in order to purge their wrongdoings. Without these realizations, grief would be a crutch they would have to lean on throughout their lives.

After every treatment, Zhenia’s clients are momentarily transported to a bleak woodland, displaced in time and space as a gentle snow falls around them. This limbo is where they find peace, acceptance or closure. It is a visualization of their contentment within a safe, natural environment. The significance of this specific location is revealed in the third act, where Zhenia’s recurring flashback documents the untimely death of his mother at the hands of radiation poisoning following the Chernobyl disaster in 1986. This is also hinted at with the extra-diegetic sounds of a Geiger-counter that can be heard oscillating over the echoing wind. The snow is in fact radioactive dust from the explosion, which he used to imagine had special, healing powers. At his mother’s bedside during the height of her illness, Zhenia would perform the same physical therapy and prayer in a bid to remove the toxins from her body. Although unable to prevent the passing of his mother at the tender age of seven, it is these precise movements and speeches he will later perform on all of his clients, albeit with much greater results.

The film covers a wide variety of issues embedded within this story, touching upon class prejudice, casual racism and even the threat of global warming. One interesting motif is a pack of barking dogs that seem to stalk Zhenia around the estate. Singling him out, they aggressively bite and growl in his presence. At every instance, the walker explains: “Don’t be scared, that’s just how they say hello.” This could be interpreted as a metaphor for the suspicious citizens themselves, who often bully and belittle Zhenia because of his nationality. He was born exactly seven years before the Chernobyl disaster, a fact that is used to further disenfranchise the outsider, who symbolizes the risk of foreign contamination for their tight-knit community. However, the power remains in the palms of Zhenia and his magical, omnipresent hold over the estate, who quickly takes on the role of a child playing with a dollhouse. This is symbolized by the crane shots that sweep high above the identical houses, as if he has a bird’s-eye perspective over the residents and their habitat, which is cut off from the rest of civilization by a surrounding lake and forest.

Szumowska and Englert’s deeply affecting parable is as cryptic as it is meticulous. The film is generous with its ideology, filling the narrative with innumerable themes and poetic symbolism. It is a feast for the mind and the soul, engaging with current political affairs and – importantly – leaving a long-lasting impact on the audience. To witness Never Gonna Snow Again is to experience a type of cinematic therapy. It is a gentle reminder of the impermanence of pain and the ephemeral nature of life itself. Despite the directors’ employing a heavy-handed surrealist accent, there is no wasteful hyperbole or room for misinterpretation with the film’s philosophy. It offers the spectator a sanguine story, one that becomes a uniquely spiritual journey and a gratifying respite in these trying times. Just like the film’s protagonist Zhenia, Never Gonna Snow Again is a blessing in disguise.