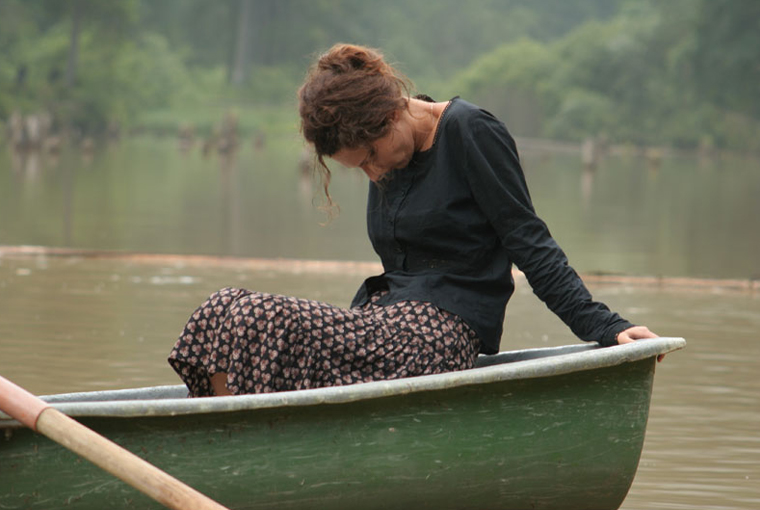 Romanian contemporary cinema is currently identified with the so-called Romanian New Wave. In its films, we find a lack of representation of the Hungarian population in Romania. Its presence, however, takes two forms. Sometimes this population is evoked, with a hint of prejudice, in the dialogues; sometimes it is physically present in the members of the crew. The latter is found mainly in the case of co-productions. Peter Strickland was born in Britain, his film Katalin Varga is a transnational piece. The production is partially Romanian, which is also the country where it was shot. It is partially Hungarian, as most of the crew was Hungarian and most of the post-production was done in Hungary; and, finally, it is partially British, as this is the home country of the director.

The film is told in Romanian and Hungarian, showing a Hungarian peasant community in Transylvania. It tells the story of Katalin Varga, a Hungarian woman from a small village in Romania who seeks revenge against her aggressors after her husband finds out that she was raped, her child turning out to be the son of a rapist. The film resembles a dark fairytale – a kind of timeless fable – without a clear setting or historical frame. In fact, the only clue we have that the plot might be contemporary is the use of mobile phones by the main characters, and the clothes of some secondary characters. Some journalists who have written about the film also thought that it was set in Hungary, not in Romania. This confusion is confirmed by the filmmaker’s own words. In an interview with BBC Berkshire, Peter Strickland says:

“It’s filmed in Romania, though the country itself has nothing to do with the story … For me, this film represents a movie Transylvania – not in the Dracula sense. But everything is heightened – the goat bells, crickets, wind et cetera. It’s a conglomeration of what I felt as an outsider.” He adds: “Everything about this film is about being an outsider. Katalin’s character, my English status, and the fact that we were outside the film industry fighting to do something on our own terms. That energy – and sometimes desperation – is there and I’m quite proud that we communicated that. If people find the film sympathetic to Romanian or Transylvanian life, I’m incredibly flattered. But I would never be so presumptuous to say we are making a Romanian film.”

These words highlight many aspects that are essential to understanding the film. First of all, although economically speaking, it is (partly) a Romanian film, the director underlines the fact that, indeed, it is not. After all, in his own words, the country itself has nothing to do with the story ». So how does one define a Romanian film? The interview doesn’t make it clear, but one may ask if a defining trait of a film’s nationality is its success in representing the life of a country’s society. Or, in more simple terms, one may ask how a film can have some sort of Romanian identity if the director himself is not Romanian?

Therefore, Strickland also stresses the idea of being an outsider. “It’s a conglomeration of what I felt as an outsider”. This feeling of strangeness is transmitted to Katalin’s character. She’s an outsider because she is forced to leave her community in order to seek revenge, finally becoming a criminal herself. But wouldn’t a small rural village, inhabited by a minority already be “outside”? In fact, it is outside time and space, since it is hard to define both dimensions. So, would the Hungarian rural community shown in the film also be an outsider? Indeed, the choice of a minor community in the countryside reinforces the feeling of otherness. Economically speaking, this choice allowed Strickland to get funding provided by the Romanian National Film Center while working with a predominantly Hungarian crew. It is therefore a fine example of an European co-production, in which the economical dimension and the plot are entangled. Cooperation between the two countries is not rare, but the presence of a mixed Hungarian and Romanian crew (that can also be observed in the casting) does not guarantee a harmonious image of the conviviality of both groups on screen. And, even if the choice was not to show harmony, but rather the tension between both communities, it is shown very briefly. An example of this would be the scene where Katalin asks two Romanian girls for help.

It’s surprising that a Hungarian community in Romania is only clearly shown in a transnational film. Besides, it is a film that is not identified with a Romanian identity, an identity that could engender this minority that is still a majority in some areas of Romania. Strickland wants to make a Transylvanian movie. However, in the end, this film is not easily identifiable with the Romanian region, especially for a foreign audience. Even the Hungarian community is not shown with much sympathy. If Katalin is a tragic heroin, it’s the shame she would bring to her husband in the community that provokes her to leave and seek revenge, an attitude for which she would ultimately be punished (though originally, she was the victim).

As a transnational film – set in a place that is not widely known abroad as being part of Romania – Katalin Varga at least reflects the existence of a Hungarian minority in the country. However, one would expect a much more in-depth analysis of this relationship between Romanians and Hungarians in a contemporary Romanian film set in a village on the border between both countries. It is curious to consider that one of the few films that represents the Hungarian community on screen doesn’t have the intention of being a portrait of this society. It’s a transnational film that doesn’t aim to be considered a Romanian film. It seeks to represent Transylvania, but the choice of the Hungarian population as the core of the film actually causes confusion for the foreign audience. Transylvania in Katalin Varga is therefore more of a non-specific setting, than a society represented with the realism that would be an essential characteristic of the Romanian New Wave.

Here we only showed considered films made by foreign or Romanian directors. The question remains: must we wait for a filmmaker from Romania’s Hungarian community to emerge to see this community properly represented on screen? 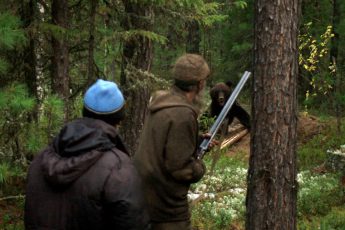