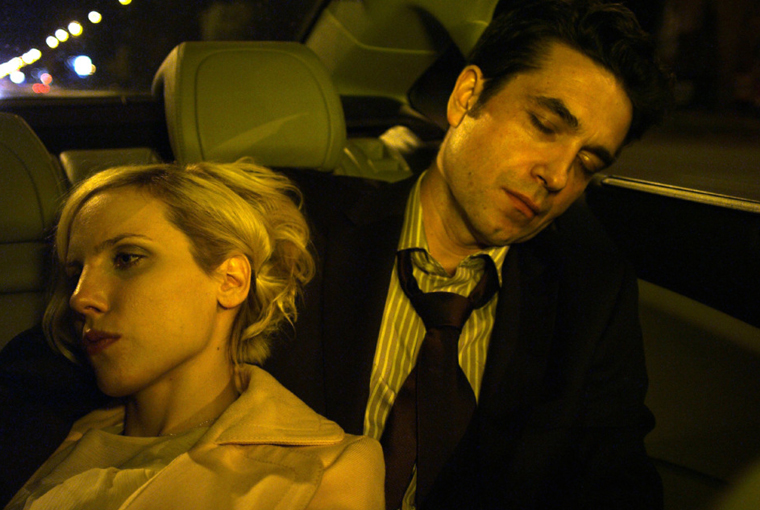 In 2008, Czesław Małkowski, the mayor of Olsztyn, had to step down from office for sexual harassment on three counts including one concerning the rape of a pregnant woman. In Poland, the story was a scandal, because many, including the Church, defended the mayor and because it took a referendum to enforce his resignation. Sławomir Fabicki loosely based his new movie Loving on the incidents in Olsztyn, focusing on the life of the pregnant woman and her husband. The couple – Maria (Julia Kijowska) and Tomek (Marcin Dorocinski) – are in their early thirties and live in an anonymous Polish town. Tomek is a dark-haired designer, a sensitive artist and mother’s boy who likes to keep a low profile. Maria is blond, successful, beautiful and emancipated: his perfect match. She works in the town hall and is admired and loved by everyone, or so it seems, until she takes a break during a celebration in the municipal building and a bird flies into the restrooms and pegs out on the floor. The dead bird predicts Maria’s upcoming misfortunes. Pregnant, she falls prey to her superior, the town’s mayor, who rapes her after passing by her house with the pretension to bringing her a bundle of flowers.

The crime triggers a crisis in their marriage, but poor Tomek suffers much more from it than her. He can’t decide whether the mayor is to blame and whether it would, therefore, be a good idea to punish him or whether Maria provoked the incident, or even wanted it, and whether this scenario should make him punish her instead. He tries out both versions and is left humiliated each time. Confused by his shortcomings, he admits to Maria that: “I don’t know how I feel.” What he really wants to say is that he loves her, but a cocktail of anxieties – fear of failure, of showing weakness, of rejection, etc. – makes his declaration of love come out like this.

Fabicki’s character study succeeds in playing off female strength against male fragility. Maria is pragmatic, rational and caring. Her love for others is almost super-human. In one scene she pretends to be the mother of her deluded mother-in-law in order to make the old woman’s death less painful. Tomek, on the other hand, is self-obsessed and seemingly incapable to love anyone but himself. His revenge plans are self-motivated, so is his love for Maria who seems to come from a different social class.

But more than the idea that frailty’s name is Man, which has covered the Polish cinema landscape for some year’s now (think about Baby Blues, Suicide Room, …), the most disturbing aspect of Loving is perhaps the thought that the rape turned out to be a valuable experience for the couple’s relationship. Paradoxically, the shock forces them to confront their conflicting personalities and to reinvent their love for each other. Fabricki only partially succeeds in showing this though. Sometimes his film turns into a suspense thriller. Instead of focusing on the potential of his two characters, Fabricki thought it more important to make us wonder whether there was a rape or not. But time spent on suspense, in one scene Tomek submits a DNA test, is time lost on the development of the power struggle that is going on between the couple. 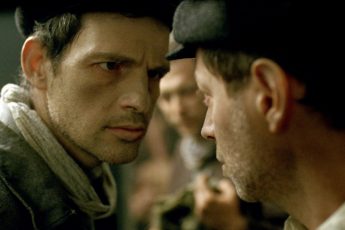