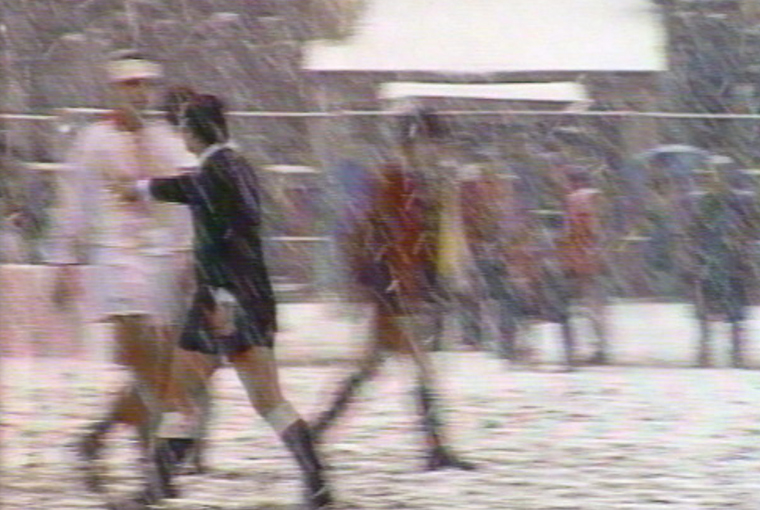 Colette de Castro and Konstanty Kuzma will be at the Berlinale (February 6-16) to cover the event for EEFB. In this month’s editorial, we offer a short outline of film politics in Poland.

In both Czechoslovakia and Poland, Socialist rule after 1945 coexisted with an unequalled flourishing of the national film culture, with the Polish film school taking off in the late 1950s and the Czechsolovak New Wave in the 1960s. Both movements emerged around state film schools (Łódź and Prague respectively), and soon gained acclaim beyond ideological and national borders. That includes mutual inspiration of the two neighbors who have never had strong feelings for each other: Agnieszka Holland, from Poland, moved to Prague early on, witnessing the Prague Spring and graduating from FAMU, the Czech national film school, in 1971. But the Socialist authorities didn’t always welcome auteurs propagating original ideas about art, politics or society. With the crackdown of Czechsolovakia’s reformist aspirations after 1968, filmmakers were banned or obstructed in pursuing their careers. Others, like Miloš Forman, turned away from their home country, seeking careers elsewhere (in Forman’s case, with considerable success). Still, those artists who revoked their criticism of the Prague Spring were given a second chance and thus able to continue making films in Czechoslovakia: though his 1969 film Larks on a String was banned until 1990, Jiří Menzel is but one prime example (in 1987, he even received an Academy Award nomination for My Sweet Little Village).

In Poland, things turned uglier. The introduction of martial law on December 13th 1981 crushed the political opposition and disrupted the ordinary life of millions of Polish citizens for years to come. The drastic measures, which initially included curfews and the sealing of national borders, strongly impacted cinema. The lead Polish directors went largely silent in the 1980s, many of their films being withdrawn from distribution. In addition, Polish audiences showed less understanding for artists collaborating with authorities than Czech viewers. At a congress of the Polish Filmmakers Society (Stowarzyszenie Filmowców Polskich) which took place in Gdynia in 1990, Andrzej Wajda emphasized that “the martial law was the biggest disaster that had happened in Poland. […] During that time Poland fell apart and it still cannot be consolidated.” More than 20 years have passed since the fall of the iron curtain, but it is easy to underestimate the impact the martial law has had on Polish culture. Though many filmmakers have survived and remain active today (Wajda’s Walesa. Man of Hope drew nearly 1 million viewers to Polish cinemas in 2013), they were unable, in spite of genuine attempts, to transfer their momentum to the next generation, a problem sided by the sudden unpopularity of Polish cinema at home.

Much has happened since 1989, and understandably, today’s filmmakers resist being seen in contrast to their successful predecessors (in an online statement on its activities, even the Polish Film Institute looks to the past, committing itself to “help Polish cinema restore and maintain its traditional position in the world”). After a chaotic phase in the 90s and some realist attempts in the early 2000 (Tadeusz Miczka’s retraces the period since ’89 in a lengthy, but sound online article), the establishment of the Polish Film Institute (PISF) in 2005 has guaranteed a continuous flow of domestic productions (the PISF covers up to 50% of the production costs of domestic productions). With the additional establishment of regional film funds, Poland has created a funding system that is one of its own in the centralised world of Eastern European film. But as Polish audiences begin taking more and more interest in domestic productions, they do poorly abroad. It may get you into film festivals, but no film movement has been built on progressiveness alone. Perhaps, for a change, less politics wouldn’t hurt.

With this in mind, we looked at a variety of Polish films this month ranging from documentaries, historical films, drama, mockumentary, documentary, as well as a British production of Polish director Katarzyna Klimkiewicz. Moritz Pfeifer discusses the rising trend of historical films in contemporary Polish cinema through the example of Wojciech Smarzowski’s Roza, a film about the fate of the Mazurians immediately after WWII. Julia Zelman saw Katarzyna Klimkiewicz’s Flying Blind and interviewed the director. Colette de Castro saw the documentary The Lust Killer, and Konstanty Kuzma criticizes the post-postmodern mockumentary Polish Kitsch Project by Mariusz Pujszo. Lastly, we also review Loving by Sławomir Fabicki whom we met during the Polish Film Festival in Paris.