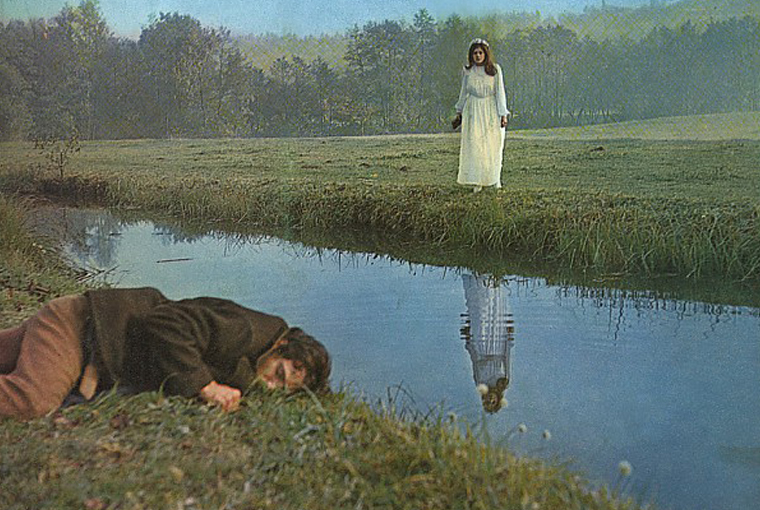 The permanent Topography of Terror Documentation Center in Berlin, which documents the main origins, techniques and consequences of Nazi terror, is hosting a temporary exhibition on the Warsaw Uprising in 1944. The exhibition opened under the patronage of Bronisław Komorowski and Joachim Gauck, the presidents of Poland and Germany, who lauded their counterparts’ nations for their courage (Gauck apropos Poles) and understanding (Komorowski apropos Germans) at the inauguration. Indeed, the initiative is a prime example for the historical self-perception of these two nations, most notably the apologetic persistence of Germans and the parallel roles of hero and victim that Poles see themselves in. The exhibition, designed by the Warsaw Uprising Museum, is also telling in its vague conceptual founding: though named after the massive uprising of Warsaw citizens in 1944 against the Nazi occupation, it also tells “the history of Warsaw after 1918” more broadly, an opportunity to reference Communist oppression and proudly proclaim the EU and NATO memberships that were gained after Poland reached independence. And yet, a major break in the history of Warsaw after 1918 is omitted, namely the disappearance of its Jewish community. Many of them were killed during a similar (and no less courageous) uprising in 1943 which was likewise brutally crushed by order of Hitler – an event barely mentioned in the exhibition.

But where such “details” should hardly jeopardize the all-in-all harmonious relations between Germany and Poland (a deepening of them, it seems, is a key purpose of the exhibition), some Poles think that an important addressee for this exhibition has not yet been reached – at least not directly. Mariusz Wołos, professor of history at the PAN institute in Moscow, laments the ignorance of Russians about the Uprising, stressing that many of them know nothing of Stalin’s decision to keep the Red Army waiting at Warsaw’s doorstep while the insurgents tried to fight off the Nazi occupiers. Interestingly, Kay-Uwe von Damaros from the Topography of Terror museum notes that the Warsaw Uprising exhibition was in part motivated by a presumed lack of knowledge about that very event among visitors. Besides, can a fight against misinformation alone remove the lack of a common denominator in history? And would Poles or Russians be ready to learn historical lessons from each other? As long as mutual accusations and provocations persist, that is unlikely. Poland, which sees itself in a privileged ethical position vis-a-vis ex-occupier Russia has recently itself been resorting to ever unfairer measures, indirectly accusing Russia for the taping scandal without evidence or demanding NATO troops to be stationed in Poland, a step that would break an agreement between the NATO and Russia from 1997. Certainly, Russia is a difficult regional member who has repeatedly attempted to undermine the stability of Poland both before and after 1989. But it is difficult to see why that should give Poland a carte blanche in foreign policy matters. If Poland wishes to keep up its image of the freedom fighter, it should start being harder on itself, too.

After interpreting Mephisto for our July issue, Moritz Pfeifer again turns to the work of István Szabó with an analysis of Sweet Emma, Dear Böbe. Konstanty Kuzma saw Wojciech Smarzowski’s Traffic Department for our Polish focus 2014, the most successful Polish production at domestic box-offices in 2013. For our August issue, we also reviewed another two films which screened at this year’s Karlovy Vary Film Festival. Colette de Castro saw Nowhere in Moravia, the debut feature of Miroslav Krobot, whereas Lilla Puskás reviewed Petr Václav’s The Way Out.

We are also publishing two papers first presented at a symposium about Balkan cinema during the goEast film festival in 2013. Gal Kirn and Vedrana Madžar examine New Yugoslav Film, stressing its critical and subversive elements, while Andrej Šprah offers a close analysis of Živojin Pavlović’s Red Wheat from the perspective of his “drastic image”. 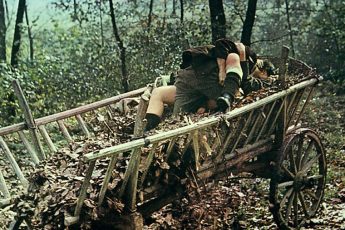