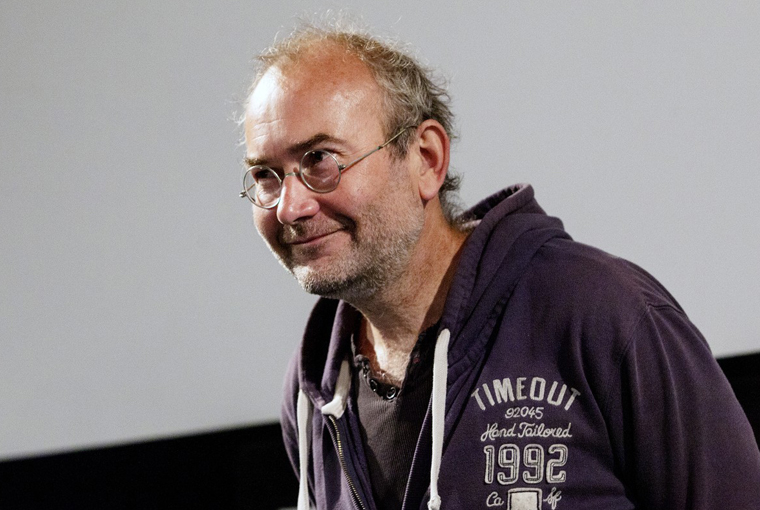 We met Czech filmmaker Bohdan Sláma during this year’s BFI London Film Festival, which took place October 7-17. Sláma speaks about the development of his latest film “Shadow Country”, and reflects on its tenets and aesthetics.

Screenwriter Ivan Arsenjev was working on Shadow Country‘s script for many years before you started filming. How did your project evolve from all this material?

Initially, it was another director who was working on this movie. I knew the director from collaborating on an earlier film, so I followed closely how the project was developing. Back then I already knew that they planned to shoot in Bořice, the village where I live. The director who first took up the project was looking for a specific type of village in the Czech countryside, and even in Romania. They were looking for a village which has a strong sense of community, so they found our village. In the beginning, I didn’t even know what this script was about. I only knew that some filmmakers were coming to our village, destroying everything.

When I first read the script, I must say that I found it a bit boring. The war starts and everything that then happens I had already seen before. But when the villagers take the Germans to the cellar and start beating them, when they really did what I was afraid that they would do, I became very emotionally involved and was shocked. At this moment, I knew that this project is something I would like to do. I didn’t understand how it could be possible that people get into such a crazy and chaotic state. That’s when I started to think about how such things are possible, how they develop, and how in such situations, hatred begins to mount.

I’m living in a small village myself and to me it’s also something from which people can’t escape. They have to live together. The others are definitely your friends and neighbors. In a city you live in flats, but life in villages is somehow very different. Therefore, I felt very close to the idea of describing this little community where people are watching each other and different ideological affiliations arise. This is how I was drawn to the project.

Could you talk a bit more about the very particular sound and aesthetics, for instance the decision to shoot in black-and-white?

From the start I was fascinated by the idea of conceiving all this as a cooperative project. Therefore, you see all these shots in which there isn’t one single person acting, but there are a lot of people in the foreground and background. I really wanted the camera to tell the story by switching from one perspective to the other. The camera always moves in between people, trying each time to tell a little bit more about this situation. It was this way of storytelling that allows you to dig deeper into the existence of the whole collective. We were quite lucky because the neighbors in our village allowed us to shoot in their little houses, so we were working in different places inside. This also allowed us to show life in the village from different perspectives and views.

I immediately had the idea that we would not work with contact sound. I remembered how Federico Fellini had made all his movies with post-synchronization. There are sometimes actors who are not able to say anything on set and then in post-production they come up with completely new interpretations. As a director this way of working gave me much more freedom during shooting, because I was able to tell the actors to move quicker or slower, to change this or that. You are more connected with every scene when you are shooting in this way.

The actors also had to be trained because they were Czech actors, but had to speak a really hard and specific German dialect. So they had to learn this dialect and we were working hard with each line to find the right intonations and replicate a language which none of them had spoken before. But all that really gave me the freedom to shoot it in the way I wanted and to have a maximum amount of spectacularism in the pictures. To shoot it in black-and-white simply meant that it’s not as distracting as having a colored film. Back then, I already knew that with such a lot of different faces, I want to concentrate on every single face to see these little emotions and movements. For that I wouldn’t need colors. We also wanted to tell the story with big contrasts between dark and light. That’s why we used 35 mm, which allowed us to work with a classical style of cinematography which I really like.

What made an impression on me in terms of characters were all these different women, their relation to ideology and maybe even something like a gendered sense of morality.

This was something that I really felt strongly about, that the community is in a state of disarray, but that there are women that try to keep the community together. I don’t know if that works universally, but I’m nearly sure it does, because women are mothers and mothers protect their kids. Therefore, they don’t like to have conflicts, so it felt natural to me that these women would be acting like this.

I was wondering towards the end whether the final acts of revenge would create a certain sense of justice or catharsis, but all I ended up feeling was pure terror. Is revenge the main theme of your film?

Sure, it’s one of the main themes and I deeply believe that revenge has no meaning. Never. I also wanted to show that. When Maria returns, she appears to the villagers as somebody they don’t really want to see because she represents their bad conscience. And she is the one who becomes more and more free because she has a clear conscience. She always took morally clear positions. When she is leaving the village, she is the winner, because they don’t have anything inside. They have relations which are already destroyed, and they have their feeling of guilt. They will have to live with this feeling since you can’t just simply get rid of it. The hope for me personally is that she is the winner and that she is leaving with a clear mind.

When you made the film and first showed it, did you have a sense of breaking a taboo by addressing this topic?

The film is mostly perceived not as addressing a Czech or German problem, but as portraying a village which is losing its grip on morality. And that is a very contemporary theme. In times of chaos, it is moral guidelines and rules that make our society stick together. That’s the topic of my film, not deep nationalism. But of course, the film presents a theme which a lot of people in the Czech Republic don’t want to talk or think about, because they may feel that this was a time when justice was served. It’s true that the fascists killed a lot of innocent people, but I don’t agree that revenge is just.

What makes your film particularly contemporary for me are the blurred lines between all these different national and cultural identities in the village.

After we finished the film, when the coronavirus pandemic started, people began to live in a different way. I felt how thin the borders of our civilization really are. I thought it’s important to show how people react in a situation where those rules are gone, when it’s pure chaos. It was maybe something that we had also somehow asked ourselves before. How would we act in these situations? What does it mean to be a hero? What does it mean to be a father trying to protect his family? So that is something that I felt was very topical. 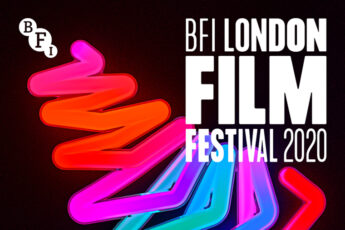