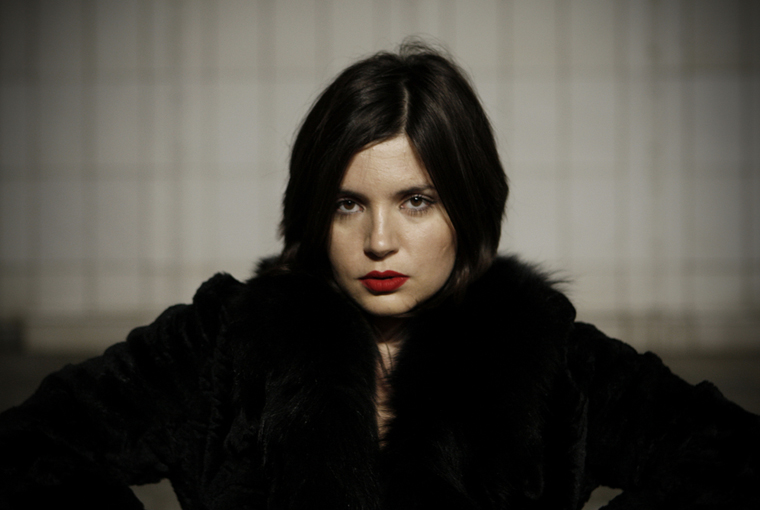 We met Maja Miloš during the Transilvania International Film Festival 2012 in Cluj, where her debut feature “Clip” won the Best Director Award…

How did you end up being a filmmaker?

I don’t really know, I really adored watching movies when I was really young. I didn’t know what a film director was or that I wanted to be one. But when I was fifteen I started going to a film school – a private one – something like a filmmaker’s course, and I was there for two years. So everything was natural. There wasn’t a time when I decided I wanted to become a director. It is simply something that I love.

And did you make some shorts at school?

I did some short films, but likewise some documentary films. I really like fiction and documentaries. They are both really important to me.

Why did you decide to work with teenagers for Clip?

I saw a lot of clips on the internet of teenagers bullying each other… Such videos were really popular at school. I decided I wanted to use them for my film, so I did some research. I started with the social and cultural part of the film, but I didn’t want to make a propaganda film. I wanted to make a very intimate love story. I started thinking about the love story – what are their relationships in those surroundings. For me, everything started from the social dimension, but it soon became something bigger.

How was the casting?

We did castings for two years. First I knew I would make a film with young people because I didn’t want to take on those conventions of American films where you have 25 year-olds playing teens. I wanted 15 year-olds because I really wanted to make my film realistic and very authentic. So I knew they would problably be non-professionals. I first thought about trying to find somebody who was 18 or 19 but looks younger. I thought it wasn’t such a big difference. But in the end, our main actress was 14 and a half when we started shooting the film. When I gave the actors the script, we discussed it with them and their parents. It was a long process of rehearsals. It was five to six hours a day and we really worked a lot.

Was there any space for improvisation?

During the rehearsals we improvised a lot. When I looked back at the script, I had to change a lot. Above all, we worked on the character. In the end, we not only knew who the characters were, but we really started feeling them. We rehearsed so well and did so many improvisations that they could really be precise about the characters, on how they would do it.

How did the actors cope with all the difficult scenes involving sex and drugs?

Acting as if you are drunk or drugged is one of the most complicated things. It isn’t easy for an actor, but well – we did it. We had such an open relationship, all of us. It was full of love, trust, honesty. I really wanted them to understand what was going on. The sex scenes were the funniest thing to do. We did a lot of research together, I was showing clips and so on. For the sex scenes, I first rehearsed with her and him separately because I also wanted them to trust me.

Why did you decide to include such explicit sex scenes?

It wasn’t a decision. It was the concept of the film. I wanted to treat everything in the film very openly. I didn’t want to hide anything. You have violence that is very direct, you have emotions that are very direct, family issues that are very direct. There is one minute of nudity out of a hundred. So it is not a lot, but the feeling that it is explicit was something that I wanted. The explicitness of the sex scenes is also different from scene to scene; it depends on Jasna’s and Djordje’s relationship. That’s how I made the choice of being more or less explicit.

Do you think your story is Serbian, or is it more universal?

I really wanted to make a film that is as authentic as possible. And local – so it can be universal. This model of behaviour happens all over the world, that’s not particularly Serbian. Only the nuances are different. Even the « pornographication » of society and the presence of pornography in relationships is very common among young people, so yes, it is not just a Serbian story. Their urge for filming is not something Serbian per se, but of course, it is very visible there.

How do you think feminists will react when you show a young girl reaching her goal – love – through sex ?

Feminists love the film. They read it as a warning. My main goal was to raise questions. I don’t believe that I can give any answers. I don’t believe that films have the strengh to change the world, but if the viewers start questioning themselves after the film and if you have a lot of people raising questions afterwards, then you can start dealing with some problems. I don’t think it is a feminist thing. For me and Isidora, when we started creating Jasna’s character, we constructed a strong and courageous girl. I don’t think all of us would fight in that sense for love. If we did, the world would be a much better place. I think the way he treats her is very typical of teenagers nowadays, when emotions are a taboo. It’s OK to express your sexuality, but not to express your emotions. Of course that sexuality is really on the surface. When we see American softcore films with all that beauty of the body, there are no emotions. If we scratch on emotions, it can hurt. But I think that for me, and for girls, it is important to know that we can control our emotions, our sexuality, our passions, and so on.

How do you think Jasna would tackle her abusive relationship?

For me, the most important thing is that she gets to express her emotions the way she wants. Though she can be vulnerable, she grows stronger over time. Vulnerability is part of of being strong. I’m not afrid for her and her life…