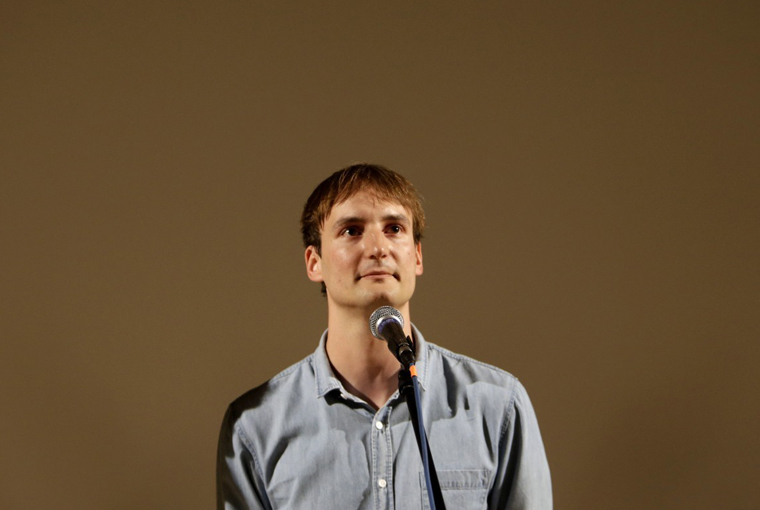 A Night Too Young” is Olmo Omerzu’s first feature and was screened at this year’s Berlinale as part of the FORUM section. Colette de Castro met Omerzu to talk with him about his film.

How would you describe your film making process?

This is the first feature film I’ve made, it was my final project for FAMU. It was a collaborative effort, a colleague of mine, Bruno Hájek, wrote the story and then Bruno, Jakub Felcman and myself reworked it into a script. The actors are professionals from the theater. As for the actual process, we did rehearsals for many weeks, changing the script along the way. Then we made the final film.

How does the title of the film translate literally?


It is a literal translation, “Prílis mladá noc” really does translate as “A Night Too Young”.

What was the most important thing you learned at film school ?

I really liked my film school because it was only students working on all the projects. In a lot of schools there are a mixture of professionals and students so the videos are wonderful looking straight away. However, this doesn’t necessarily reflect the reality of learning to make a film. At my school you start off by making short films, then we gradually begin working on longer films. The important thing is that the whole crew is made up of students – this way you see how the films will look from the beginning.

How did you work with such young children?

The boys are actually older than they look, they are both fifteen, but twelve in the film. I spent a long time doing casting to find older boys who looked younger. It took a long time, and I saw hundreds of teenagers. Because of their age, it was a lot easier working with them than it would seem. Since they were younger, my instructions to them were more direct. I told them what to do more directly than I would tell adult actors. Also, in the plot, the kids are less important than the adults.

Who are the Czech and or Slovak directors whom you admire most?