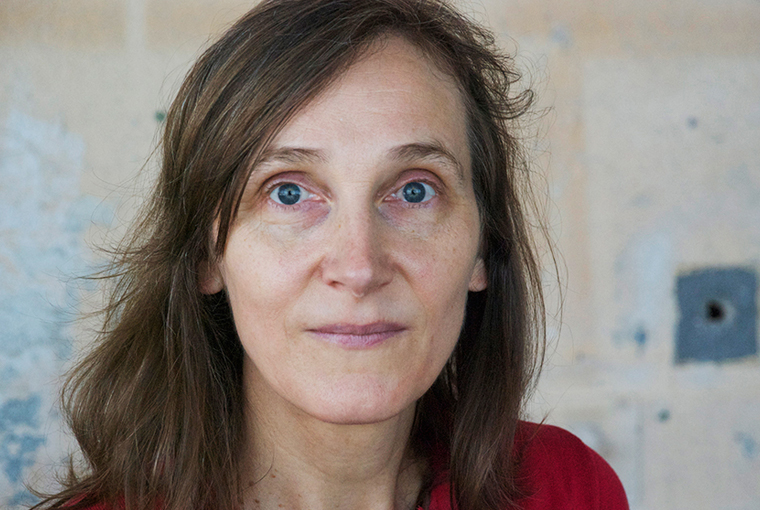 We met Signe Baumane at this year’s Karlovy Vary IFF (4-12 July). She talks about depression, her motivations for making “Rocks in My Pockets”, and her experiences with fundraising.

How long did it take you to make your film?

I finished writing the first draft in January 2010 and then I rehearsed it with theatre director Sturgis Warner, every day. We were discovering how to read it. English is my third language so I have an accent and I still don’t have a good relationship with the letter ‘S’. So I worked on that with the theatre director. The worry was that because of my accent people would not understand, now it is very clear.

People in America often think I’m from Russia because of my accent, but Russia and Latvia are very different cultures, they have different languages. It’s like saying “Oh you are Mexican because you live in America”. But there are two different approaches to friendships and business and work. Latvian is based in this Lutheran hard-working austere culture whereas Russians are more flamboyant and they have emphasis on friendship.

You wanted to be an actress at first, how did you decide to become an animator?

Very early on, when I was 6 or 7, I wanted to be a writer. I learnt to read and as soon as I finished this one book I thought: this guy just entered my mind, and I want to enter other people’s minds. I wanted to be that writer. I started to do these poem recitals at competitions at schools and that was another way of entering people’s minds. I had them in my power. After I didn’t get into acting school I had a year off to consider what I wanted to do, and I started to study Philosophy at Moscow University, which was the best school in the Soviet Union at that time. I did that for five years and at the end the main thing I learnt from those studies was that all the knowledge and facts you learn today will not be facts tomorrow.

Also, philosophy was taught under the ideology department – we were supposed to brainwash other people about Soviet Ideology, but I wanted to brainwash people with my ideas, not with the Soviet ones. I didn’t want to be a pawn in the hands of Soviet Power. A friend of mine said, “I really like the doodles on the side of your notebooks. Why don’t you go into animation?” I didn’t know what it was but I said I’d give it a go. When I tried it I was hooked, I fell in love. It’s a driving passion of my life, an immediate passion of self expression, but also as a medium in a larger form. Now I organize screenings in New York where I invite people and I interview people after their screenings. I feel that I need to educate people about what animation is, and what it can do. It’s an amazing medium that’s been overlooked and dismissed as a children’s form. I’m really frustrated about that.

How would you describe your animation style?

I’ve never studied art, I never had that privilege. Here I used Papier Mâché backgrounds, which are three dimensional objects. I had a very small budget and I had to make everything, so first I filmed the backgrounds made of Papier Mâché and then I added the handmade drawings over the top. Finally I combined the two digitally. Not many people combine the two, most people either do stop-motion or animation.

Do you think depression is hereditary?

I don’t really think there is a depression gene, and I’m not an expert, you should ask an expert. One thing that struck me a few years ago was a New York Times article about the Darwinian theories to do with depression and the question was, “If depression is such a killer then why do we have it? If we kill ourselves, then how is it good for our survival as a species?” It’s a very good question. The answer was that depression resides in the same part of the brain where deep focus resides. So they said that deep focus is actually very good for the survival of a species because it helps us invent and create new things. In my case, because I’m bipolar, I can go from extreme crazy acts of craziness and flamboyance to sudden deep depression. So in terms of evolution I totally see the purpose. When you’re feeling up you do crazy stuff, you go out with people you shouldn’t be going out with, and of course you get pregnant. And then you go into deep depression and hopefully someone will take care of your offspring!

Some people say, “You’re making a film about depression? Well, eat healthy, exercise more”. But I do all that, I get up every morning for an hour and I eat healthy, I don’t eat sugar much, I don’t drink much alcohol. I still get this bang of pain every year, once or twice a year. And I can’t help it, I don’t know where it’s coming from and I do the best I can. I’m able to control it, I’m able not to give myself over to the depression but I still have it.

There is a story of a man who has to open a safe, he doesn’t know the combination and he has to find it out. When he finds the right number it emits a slight click, but it’s so slight that you cannot sense it unless you slice off your fingertips, so the thief took off the skin on his fingertips so he could feel that click in his raw nerves, and that is for me what depression is. You cannot access the jewels and the precious stones of your soul unless you can be so sensitive. The pain also allows me to hear the clicks, and that gives me the way into the jewels.

What are the jewels?

My own humanity, the awareness of myself and being part of humanity. That is a form of a self expression, feeling alive. At any moment I’m kind of self-aware.

How did you learn these details about your family? Weren’t such stories hushed up, especially at that time?

It definitely wasn’t talked about openly. Every cousin was different, with Miranda for example, the artist, I had a connection with her and I used to go and see her. People were saying she had post-natal depression. Her brother actually supported our film on the Kickstarter campaign, but her mother refuses to talk about it.

The second cousin, Linda, was my age. I was slightly friends with her. When I went to her house I figured out something was strange with the renter. She has a daughter and was still alive when I was writing the script, but then in 2010 she jumped under a train.

Do you think things are dealt with better in Latvia today?

I think there is better support and better help. On the 1st of August the film is opening in Latvia, I’m very excited. When I have interviews in Latvia, the journalists are saying “this is the time,” there is a belief now in Latvia that people have to start talking about it. Nobody talks about depression really, people are told by their peers just to snap out of it, and it is a silent killer. I believe in shedding the light into the dark corners of your soul.

How did your Kickstarter campaign work?

We needed to raise 42 thousand dollars, which is a lot of money. I knew I could raise 20 thousand, but 40 was not even pushing, it was double the amount. I was very nervous, I did research about how to do it and I did the marketing thing. In the end it was basically Facebook and Twitter, but we got some articles in the animation community. The main thing was Facebook. In the end we had 800 supporters and we raised 52 thousand dollars, but it was a tremendous effort and I’m so grateful to everyone who supported the film, because without that we wouldn’t be sitting here.

I have a lot of opinions about Kickstarter. On the one hand, it is a kind of popularity contest: if you’re famous then people support your project but otherwise it’s not going to happen. On the other hand, kickstarter requires people to get engaged with the audience. It’s not like in the 1970s and 80s when artists could sit high up and look down on the people saying, “I’m just going to put my work out there and I don’t really care what people think”. With Kickstarter, if you don’t get engaged with the audience and get them personally involved in the project, it’s hard to get money. 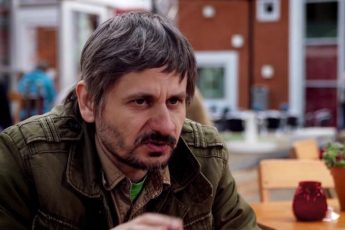