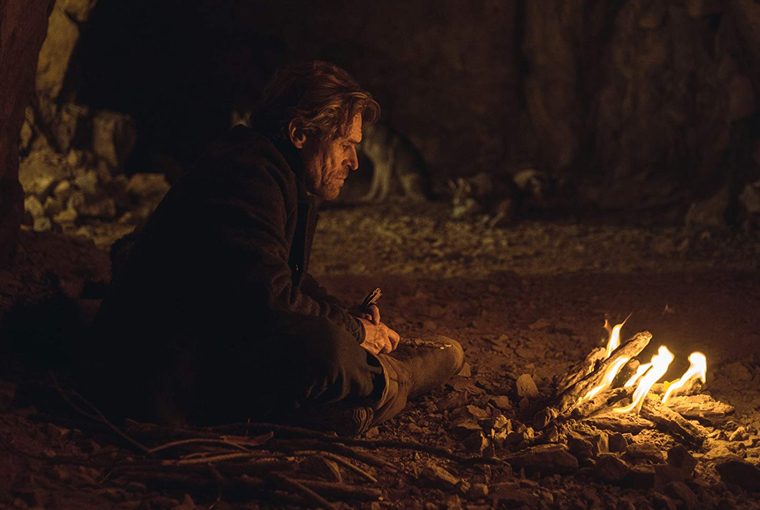 There comes a time in each auteur’s life when it seems compulsory to him or her to break the circle of filmmaking with a work that both transcends and elevates all of his or her hitherto made films. Judging by the resources that were wasted on Siberia, his latest and much-anticipated film, that time has come for Abel Ferrara too, who has indeed taken his long-known fable for elusiveness and mystery to a whole different level. With the help of Willem Dafoe, who is somehow able to flesh out a character who has no background, story, or identity – save for a vaguely elaborate relationship with his father, which seems dominated by grudges and frustrated expectations – Ferrara turns a man’s introspective journey to find meaning in life outward, implicating the world in producing pictures for a character’s preoccupation with his own soul. This deeply anthropocentric and wildly wasteful project is a feast of images and symbols in which the viewer has no choice but to give in to Ferrara’s talent for associative thinking, a talent he undeniably manifests in this film too, but which still leaves the audience yearning for an overarching theme, if not a substantial narrative. In the end, in Ferrara’s film meaning is not produced endemically – through emotions or even signifiers produced by the film itself -, but by parasitic reliance on the repositorium of experiences we all share, such as strained family relations or failed relationships. Ironically, as happens to many of the Caraxes of our cinematic culture, Ferrara’s attempt to rein free thus in fact makes him oddly reliant on the most trite of fantasies and fears, say the depiction of discussions concerning responsibility and guilt between ex-partners and ensuing sessions of sex on the kitchen table.

After the opening credits, which irritatingly feature a voice-over in which Dafoe’s character recounts his childhood experiences in a remote part of Canada (why not wait until the credits are finished if you’re going to make us suffer anyway?), we find ourselves in Siberia, the title-lending setting of a good part of the film. Here Dafoe’s English-speaking character works in a remote bar that is frequented by locals who come to drink alcohol, and in the case of one female customer (Dounia Sichov), to have sex with Dafoe. The fact that this Russian-speaking woman appears at the bar with her grandmother, and then strips pretty much naked under (the director’s) pretext of having to communicate to him that she is pregnant, made me wonder if Ferrara is even remotely aware of the colonial undertones of the whole setting. To repeat, we have this old guy working in a bar in the Siberian steppe, which appears to allow him to escape the world and thus already fulfills the problematic role of representing some sort of heavenly Other. And if that were not enough, Dafoe now has to be visited by some beautiful local who strips naked in front of him and lets him be all touchy in front of his granny because he is the father of her child. In hindsight, though, this constellation does not seem half as bad because Dafoe will get to sleep with all sorts of beautiful young women, none of whom seem to live in a remote part of the world where it at least seems conceivable that a grumpy old man from the English-speaking world allows escape from potentially oppressive customs and is thus intrinsically attractive. Besides, it is not just female characters who fall victim to the film’s logic. The subservience to spectacle is also felt in Ferrara’s choice of locations. After a gradual change in locations that is so random I will not even try to reconstruct – to give you an idea, it involves a visit to a cave where Dafoe’s character speaks to a spooky version of himself and to his long-dead father, and then a short interlude in outer space -, we find ourselves in the desert, where the protagonist visits a nomadic people, listening to their rituals and stories and then again dealing with his childhood after dad appears in full surgeon’s uniform.

Ferrara’s aesthetic decadence is not only problematic from a post-colonial and feminist perspective, though. Even an innocent observer should inquire why Ferrara must depict so much graphic violence, so many deaths and fights and killings in order to get the viewer into a place where she will listen to his message. I can accept the fact that some films progress through association rather than reason, that Ferrara’s predilection for visceral spectacle is a fair way of approaching cinema. But of what use is his commercial grandiloquence, his addiction to phantastic locations, to shock and cheap arousal, and can one react but through indifference and detachment that produces no investment but a purely visual one? Like all films which are driven by association and opposed to reason, Ferrara’s film has split the audience into two camps: those that accept that his is a film eluding explanation, and those that demand some sort of objectifiable meaning. To me, the interesting question is whether, if we grant Ferrara that his film should be approached without reason, the case can really be made that it works even as that. For what I personally feel when trying to approach Ferrara’s film intuitively, is only emptiness. And I wonder what else I could feel, when upon feeding me violence and visual and erotic arousal, the only signifiers I am asked to latch onto are epitomes of triteness: broken relationships, and lost hopes. Surely, meaning cannot be achieved through emotion by ignoring that we are rational animals, but by showing that a rational outlook on the world is limited. If all that Ferrara and Dafoe have to offer us beyond ratio are confusion and cliché, why should we follow these two old men into the woods?