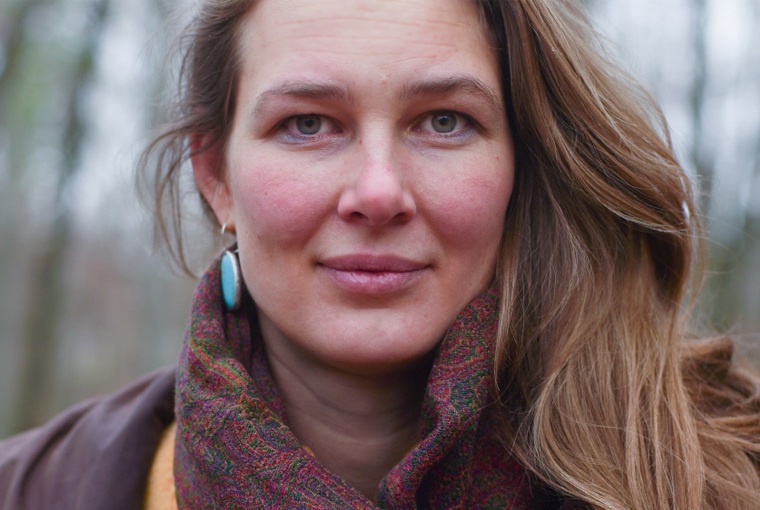 We met Berlin-based filmmaker Natalija Yefimkina to speak to her about her documentary “Garage People”, in which she portrays life inside the many garages populating the outskirts of Russian towns. Yefimkina speaks about the idea behind her film, the shooting process, and the muted euphoria about being able to present it at the Berlinale.

How did you come to the story of the garages?

I was shooting a feature film. I was in the director’s unit for a fiction film in the Kolar peninsular area, in Northern Russia in the Polar Circle, and I was responsible for the extras. So I found everything I needed in the garages. There was a sauna, you could buy fish, you could rent skis. I always had to go to the garages and I realized that life happens there. You can find these garage communities in every city in Russia, so it’s a very common thing there and I think it’s a Russian phenomenon. In some cities, you can find more garages than flats. That’s why I never say where it is exactly, because it could be anywhere in Russia. It was very important for me to represent it as a phenomenon.

Did you find your protagonists while working on the feature film, then?

I didn’t meet any of them during the first film. I chose them afterwards because the first time I was there I wasn’t looking for anyone, so I started to find the people the second time I went. I met maybe 30 or 40 people and then I decided who was the deepest or who was the most interesting, or who has the most interesting garage. I was looking for protagonists who were special.

Did it take a long time for them to get comfortable with you filming them in these very personal spaces?

It depends. I was researching for two months, and then I worked with them for one year, so they had a while to get used to me. In the end, I think it was the best way since then we got along very easily. I have to say that all the protagonists were very comfortable with the camera, that’s also why I chose them. You can feel it in the film. You really grow close to them and they don’t feel the presence of the camera.

Was there anything that you wanted to film but couldn’t?

There were some people I couldn’t film, but in the end I also think it was the right choice not to film them and to go with my main protagonists instead. Almost everything that I intended to film, I filmed. Of course I also imagined some other things that I had wanted, but mostly everything happened. I could even enter the premises of the mining company and I filmed some very strong scenes that we didn’t intend to film, like the big fight in the garage. Of course that wasn’t planned, but it happened – that was our documentary luck.

Was the mining company happy to let you film, or were they concerned about how you would represent them?

The mining company didn’t know what we were actually filming, but we had a permit. They made us tour the territory very fast and so we had to film very fast, and then the second time we asked they didn’t allow us to film, because they realized that the film probably wasn’t very positive about Russia. We were also being watched by the FSB [Russia’s security service]. They watched us very closely, but as we had money from the German federal fund and we had permission from the Russian Ministry of Culture we didn’t have any problems filming. They did watch us though, and people told us that they were asking about what we were shooting.

Will you be able to show the film freely in Russia, then? Or is it going to be complicated?

Hopefully it will be fine. We have some very good festivals in Russia, so I hope to be able to screen it in Moscow, and also at a festival in Finland that is very close to the border, close to where we were filming so the protagonists can also watch the film. I think 90% of the protagonists, if not more, have never been in a foreign country, so it would have been a big thing for them to travel to Berlin [for the premiere at the Berlinale]. They couldn’t afford it though, so it would be nice to bring the film to Finland so they could join the screening there.

So they haven’t seen the film yet, then.

They haven’t, but they also haven’t asked if they could. They wouldn’t even imagine coming to Berlin. It’s very strange for them to travel so far for a film festival. For them, it would be better to go to Turkey. If you have some money, then you would spend it on an actual holiday, and not Berlin where it’s cold and rainy.

Were you actively looking for topics in Russia when you found it or were you just inspired?

It was a co-incidence that I found this topic and I realized that I could speak about Russia from the inside. I could tell stories of different people, old and young, musicians and intellectuals as well as outcasts, all from the garages. So it was just a topic that occurred to me as being very interesting, and then I came back to do it.

I understand that you were born in Ukraine and you grew up in Germany. How did it feel, then, to be making a film in Russia?

So I’m a Russian-speaking Ukrainian and my father is Russian, and my children have been raised with the Russian language. I have Russian friends and my boyfriend is Belarusian, so I’m very open with the people in Russia, and also in the area there the population is 30% Ukrainian, so it was not a big deal. In any case, I was telling people that I come from Berlin. And people are very apolitical in Russia, they don’t talk about politics, although they constantly ask me about the refugees in Germany and Berlin, and about how German women are raped by refugees. On the other hand, no one ever asked me about Ukraine or Syria, it was not a topic that concerned them.

I think the garages are a place that gives them freedom and happiness, and also a reason just to get on with life. For Russians, a garage is a place for getting along with the world that surrounds them. I also think it’s basically the only place in Russia that tolerates personal freedom and individualism, so it’s important that the garages are not interfered with by the government.

I have to say that personally, when I was watching the film, I was really envious of the space, which has become a luxury in a lot of urban areas now.

It’s like a hideaway or a man cave, where people can make what they want and make it all with their own hands. While in our Western society everything is very fast and digital, the garage worlds are very handmade and self-made, and this is very beautiful and maybe we are also longing for this a bit – something where we feel our hands and where we feel the materials and understand how they work or what they do. We have phones and computers, but there in the garage you just have your hands. You repair and you put things together, and you build it by yourself, so everything is very haptic.

I think in Western Europe now it’s also increasingly rare to have access to this kind of space that allows you total separation from the domestic environment, so it’s interesting to see this kind of community flourish elsewhere.

Yes, but this is also because people have to go somewhere to fulfill this side of themselves and they can’t do it on any other level, so this is the main point of the film – to show that the society that you force into the garage can only fulfill itself in the garage. I tried to describe an autocratic society from the inside, through the garage, where they hide away in their man caves, as a place where they fulfill their dreams. That includes their dreams of individualism, in a society where individualism is not appreciated that much.

The gender aspect is also significant here, since the garages are a very male space but I’m assuming there’s no equivalent for women.

They have the kitchen… Yeah, it’s a male space. There are some women, but 90% are men.

Are you already working on your next projects?

Yes. I don’t want to be seen only as a Russian-speaking filmmaker – I would like to be a filmmaker. So I’m working on one new fiction topic, and also a second documentary topic about German society. It was nice to make a film about Russian society but now I’m done with it and I’d like to turn my attention to Western societies. Things don’t always go smoothly here either, so for me as a filmmaker I would also like to portray things here.

Now this film is at the Berlinale, so it’s like the birth of the film but also the end of the project. It’s a very good birth, I’m super happy to have the premiere at the Kino International, but it’s also time to think about the future. It’s very important for Western societies to make long documentaries, but long documentaries have very little space on TV and there is very little money available – there is a lack of space and money for these kinds of cultural projects, and this is something we have to fight for.

Now everyone is proud that I’m at the Berlinale but it was very difficult to make this without money and without the guarantee of a place to show it. The problem is that long documentary isn’t valued enough. You really need to accept that documentaries take time. It takes time to produce them and more time to edit them and you can’t make a good film in 20 shooting days. We need to change this mentality. People are saying, “oh, it’s so great that you’re at the Berlinale”, but it’s all on my shoulders. I couldn’t pay my rent for a year and a half and this is not the way it should be. The situation is different in France and Austria, but here in Germany it needs to change.