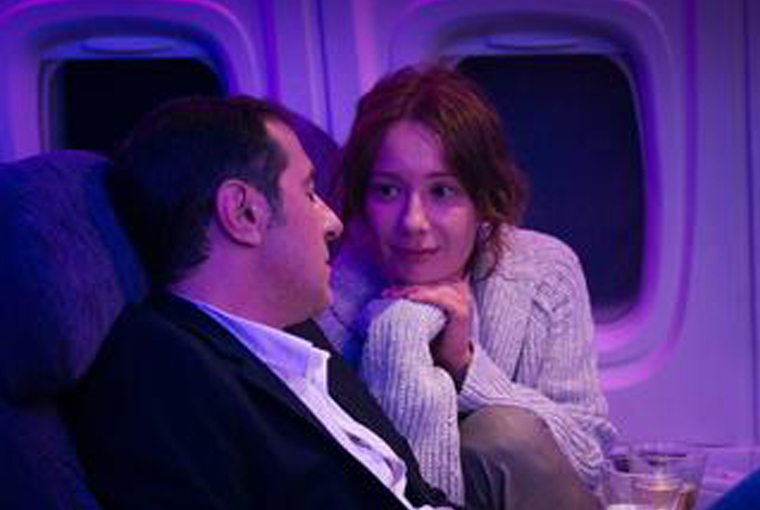 At the end of every festival, involuntary themes emerge out of the seemingly chaotic choice of the selected films, invisibly connecting some films with each other while excluding others. One of these themes at this year’s Biennale is definitely the disaster of Fukushima that kept the world in shock this Spring. Japanese director Sono Sion stands out in this respect, with his beautiful manga-adaption that takes the earthquake in Fukushima as a setting for an otherwise trivial adolescent story. Then there is Soderbergh’s Contagion, about a lethal virus, whose apocalyptic vision is also reminiscent of the Japanese disaster, Michale Boganim’s Land of Oblivion about the aftermaths of Chernobyl, and Jonathan Demme’s I’m Carolyn Parker, a film about the New Orleans Flood, both of which inevitably bring up Fukushima.

Aleksei German Jr.’s short From Tokyo about a Russian volunteer on his flight back to his home country explicitly deals with the disaster, although from the perspective of a foreigner. His ten minute film mostly takes place on an airplane, and confronts a middle-age volunteer with a stewardess who, as it turns out, is a childhood friend of his. They have a short dialogue, but are talking more to themselves than to each other. The stewardess wants to seduce the volunteer, while he wants to tell her about his experience in Japan,and the reason he went there. So while the woman thinks about the future, and the man about the past, the only place that forbids them to be together is the present…

The reason for the volunteer for his solidarity seems to be the death of his wife, already seven years past, and the meaningless life he has lived following her death. The volunteer shares a lot with the Japanese on board, they are all mourning and recalling the lost lives of their deceased beloved ones. Thus a silent Japanese man sitting a couple of seats in front of the volunteer sees his entire family. The volunteer too, sees his dead wife, saying to the stewardess that he is not alone. The only one to question his loneliness is the young man picking him up the airport (possibly his son), who asks him whether it only “seems” as though they are not alone. The next sequence, cut to the older Japanese man waiting lost and abandoned at the airport gives an answer to that question. Without the vision that keeps the dead alive, the world is empty. It even appears to be so that the airplane in From Tokyo, only carrying five or six passengers, has left the “empty” seats for the dead.

Aleksei German Jr. From Tokyo is a film about mourning. It is obvious that the volunteer left for Tokyo because he felt close to the loss many Japanese experienced, linking their fate with his own past. One can only hope that his sadness on his flight back does not come from the fact that he will soon have to return to reality and leave the mourning Japanese with whom he so much identifies. For the volunteer the most important step is thus to step out of the empty airplane and to get away from the ghostly visions that inhabit it.