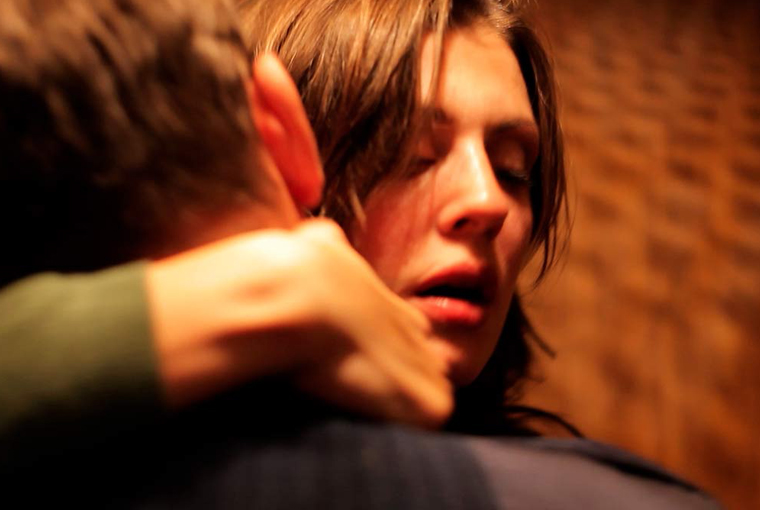 Russian Society, as depicted in Angelina Nikonova’s Twilight Portrait, is evil and corrupt. A group of three cops go on duty to rape women; a social worker denies that one of the children she is caring for was abused by her father; at the police station, an officer runs over three girls – an accident instantly concealed by the entire staff; the financial success of the characters depends on how well they get along with those – preferably in their family – who already have money; and so on. Only the beautiful Marina (Olga Dihovichnaya) doesn’t want to fit in. In fact, she is, without exception, the victim of all the wrongdoings just mentioned. She gets raped by the police officers, her social help is not recognized by her superiors, and she is married to a husband trying to benefit from the wealth of her father.

What happens next is quite a surprise. Instead of reporting the abuse of her rape (and having to deal with denying police officers?), Marina starts to return to the place of her rape until she recognizes one of the officers in a restaurant not far from the crime scene. She begins to follow the officer and stalks him, picks up a beer bottle and obviously thinks about revenge. But instead of breaking the glass on his head, she gets on her knees to perform oral sex on him. Before we even know it, she moves into his apartment. Yet their relationship remains unclear. Marina is not “altruistically surrendering” to the aggressor, as Anna Freud famously put it. She is also not turning into an aggressive avenger, identifying with the methods of those that harmed her. And yet, the feeling that there actually is some kind of revenge going on persists until the end of the film.

Most obviously, Marina tortures Andrey (Sergei Borisov), the police officer, by repeating that she loves him. This use of verbal irony obviously clashes with how Andrey wants to see himself, namely, as a sort of self-sufficient renegade enjoying the luxury of living with a call-girl without having to call or pay her. The ingress of love, of having to deal with a real person instead of a sex object, threatens the cold-hearted officer. Maybe then, Marina is the modern version of a femme fatal, in that she ruins the callous hero by confronting him with the failure of his own fantasy (of being the hero he thinks he is). Instead of complying with him and turning into a thing, Marina over-interprets his love, thus refusing to play the game. The trap here is that Andrey will always want to construct the whore-woman he wants to control, but his fantasy will be destroyed by a second fantasy – that of the woman –, who mistakes the porn king for a cordial lover. Nothing, of course, is more frustrating than becoming aware of one’s own illusions. In the end, Andrey steps into Marina’s trap. When she leaves him, he follows her, disarmed and frantic, in the search for a fantasy that will never come to life.

In a way, Marina’s choice seems to be the only plausible thing to do. If she would have killed the officer, she would have complied with the same methods that turned her into a victim. A reasonable justice system being out of the question, resignation would have left her with huge disappointment and damaged her self-esteem. So really, what seems like a pathological character study, or the provocative attempt of a director wanting to turn the preconceptions of the audience upside down, is really a proof for the most rational behavior. So while this film will probably be considered as ambiguous by many, it is not ambiguous at all, which indeed lets it appear too conceptual at times. The film has the feeling of being more of a proposition than a work of art.

Recently, Russian films about corruption and insanity enjoy mild success. In 2010 Loznitsa’s My Joy portrayed a truck-driver who had to deal with similar miseries than Nikonova’s protagonist. The truck-driver’s path to confront injustice and hurt, however, was first that of “altruistic surrendering” and then of “identification”, as he detached himself from any feelings of joy or pain, and then killed the corrupt officers in this film in a motion of discharged anger. And while the truck-driver’s behavior can be understood by everyone, the super-human power-subversion might work theoretically, yet other, more emotionally affected people might still ask one question: at what cost?