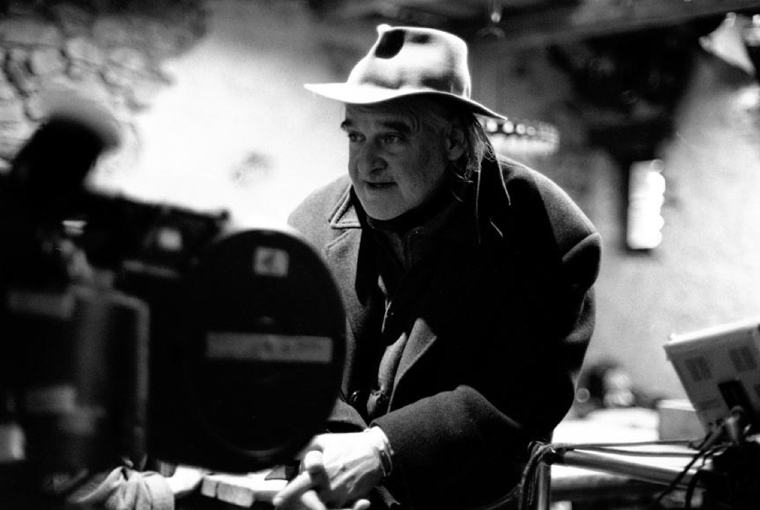 We spoke to Béla Tarr about his most recent film before its premiere at the Berlinale, where he was awarded the Jury Grand Prix.

Mr. Tarr, your new film starts with a few introductory words describing an incident that happened to Friedrich Nietzsche in 1899 in Italy: walking past a hansom cab, he witnesses how the driver of the cab loses the patience over his stubborn horse and starts whipping it. Nietzsche throws himself in between the driver and the horse and collapses. After the event, Nietzsche suffers from his severe condition and stops publishing. Your film starts off after this incident. What is The Turin Horse about? What is the connection to Nietzsche?

The concept of the film is simple: we wanted to follow the question what happened to the horse after this incident. And although the film itself is not about Friedrich Nietzsche, the spirit of the incident lies over the film like a shadow.

The majority of your films are set in the present. What was the idea behind going back to a different time? Is this a historical film?

My movies are always timeless. This film, too, has no time, and its only connection with 1899 is Friedrich Nietzsche. It is part of my work, and I didn’t feel the urge to change anything because of the fact that the film is not set in the present.

Aesthetics and art take up a big place in Nietzsche’s writing, where Nietzsche defines art as a primarily aesthetic form of expression. Would you agree with Nietzsche that we have a wrong approach to art if we consume it looking for a message?

Normally, my films don’t have a message. The camera is an observer that captures the atmosphere of a moment and reacts to life. I don’t want to give the audience a message, I want to show viewers my image of the world. The camera has an objective point of view, I can only show you reality. Cinema is not like literature: it shows you only what is in front of the lense. You can’t fake it.

But you can chose what it is that you show.

Yes, because we are not making documentaries. We create a type of fiction. But it is still only a mirror of life.

How much control do you have over what ends up in front of the lense? Friedrich Nietzsche believed that ultimately, art was a combination of absolute control and total contingency. Are your films dependent on chance?

Nothing in my films is accidental. I hate contingency, mostly I know the whole film from beginning to end. When I close my eyes, I see the movie. I know what the script is, I know what the set is, and I know who the actors are. If I change something, it is only to give the actors the opportunity to stay natural and spontaneous. I keep strict control over the camera work.

What role does the editing play for your film, if you know exactly what you want?

Not a very big one. Our editor is on the set throughout the filming and keeps track of the production.

What about the script? You worked together with László Krasznahorkai again, with whom you already worked on several films. Does Mr. Krasznahorkai have an influence on the visuals?

How did the idea come about?

The way we usually work is that we sit down and start talking about an idea. He then writes the idea down and so we start working on it. But for The Turin Horse, it really is more of a novel than a script that he wrote.

When was the idea for the film born?

László Krasznahorkai had a short story about Nietzsche’s incident where he asked the question what happens to the horse afterwards, and this is exactly what the film is about: our fictional answer to this question.

The release date of the film was delayed several times. What problems were you facing?

Did the story evolve in the course of these obstructions?

No, these were purely practical obstructions that didn’t influence the story or my idea about it.

You are known to work a lot with non-actors. What is your approach to acting?

To me, actors are not really acting. I always tell my actors to do instead of playing. I as the director need to generate the right atmosphere for the scene. That is why a world star can act beside a woman from a factory who has never acted before: they are in the same situation, and they need to listen to each other. If they listen to each other, the scene becomes real.

You once said in an interview that you didn’t want people to think too much when they see your film. Do you think that film criticism is missing a major point when approaching your work?

It is not my job to write about films. I am happy if somebody likes my films. If someone doesn’t, I have to accept it. I don’t want to dictate or influence any critics. My job is done when the lights are switched on after the movie. Then, everyone should relate to it in their own way.

What is the main thing you want to show in your movies?

What I wanted to show in my films were always the people. It happens often that we are capable of doing something, but we are prevented to do so by society or our environment. I want to show that everybody has dignity and a right for a happy existence. In our world, this is not always guaranteed, but I wanted to remind people of the fact that we are all the same.

What I myself am doing is not observing the people, because I am the same as they are.

You have always had a very critical approach to the common cinematic language. What is the problem with ‘mainstream’ cinema?

The problem is that most films follow the same pattern: action, cut, action, cut. They only watch the story line. But story is not only about human actions, everything can be a story. A man waiting at a corner can be a story. There are many things that are important in real life but that filmmakers find boring. I don’t think that these things are boring. In my films, I want to be closer to life than to cinema.

Do you see yourself as part of Hungarian cinema?

Of course I am Hungarian and I am glad that I could do something for Hungary, but I don’t want to be part of the Hungarian film industry. I think that I was always a little different.

You signed a declaration by Hungarian filmmakers criticising the reorganisation of the Hungarian film funding system. Could you tell us something about the background of the problem?

The Hungarian government is centralizing the film fund. Until now, we have had a motion picture association funded by the state that worked very democratically: there was a regulated application process that anyone could enter. Now, they are assigning a film delegate of the Hungarian government who will control the film fund, and we are worried about the fact that the pluralistic system we have had is being restructured. Since the media law that was passed recently, there is a shadow resting over the Hungarian cultural life that makes us filmmakers very worried.

What happens after The Turin Horse?

I think that this film has a special position in my work. I started working on my first feature film 34 years ago. It has been a long way, and this film has changed something. The circle is closed. 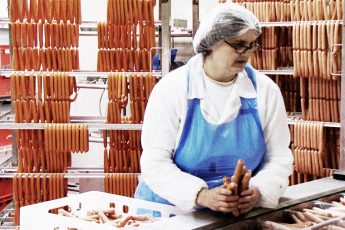