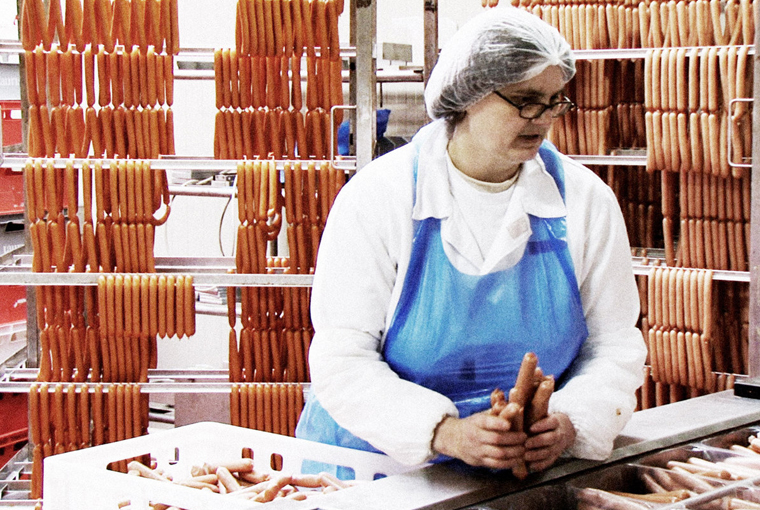 Zemplinske Hamre, a little village in Slovakia. The mayor of the town, Josef Gajdos, is a retired general with one main goal: to join the single people in his village together to save the population from dying out. The mayor, along with his cultural advisor, decides to organize a dating party in the town hall to bring together all the bachelors and bachelorettes of the city. What ensues is a hilariously disastrous party to the sound of traditional Slovakian folk-music, that has the audience in stitches. But despite the colorful plot, this film is a documentary which provides a peek into the lives of unmarried 30-somethings in modern day Slovakia.

Mayor Gajdos is a bizarre character. His daily announcements, which he shares through a PA system over loudspeakers strategically set up throughout the city, are cheerful and breezy. Yet the authority is unmistakable in the tone of his voice. He makes no bones about the fact that he wants to make couples so they can have children as quickly as possible. He has already tried to achieve this goal by offering a monetary reward for each child born in the village. One of the first scenes involves the mayor driving slowly down a main road and pointing out various singles’ houses making comments about the pretty young blonde that lives here, the rich young man who lives there and so forth. But the most telling comment he makes is when he suggests that they can’t bear loneliness so they pickle themselves in alcohol. It’s at this moment that we realize the mayor has a genuine concern for his people’s well being, although his sexist comments towards woman at the end of the film leave a lot to be discussed.

As the film proceeds we begin to wonder about the line between documentary and farce. This is billed as a documentary, but the protagonists are playing comedy roles. Some of the things that happen are ludicrous: the cultural organizer MC’s at the ‘singles night’, giving out air balloon rides, chocolate and chewing gum. Upon receiving the chewing gum, the winner gets a pat on the back from this enthusiastic woman and a wish for the best in finding someone and ‘getting lucky’. The attendees are made to wear name tags, and are subsequently paired up and dance together to upbeat pop music. Then old ladies in traditional costumes sing Slovakian folk songs while the thirtysomethings look on uninterestedly. How far did Erika Hnikova push these characters/actors?

But beyond the very funny moments there is something touching about these young single Slovakians, who may indeed never find love. The most poignant character is Monika, a chubby, sweet-tempered woman in her late thirties. She works in a sausage factory and sleeps in the same bedroom as her mother, the reason for this being, she explains, to save money. Their single beds have identical bedspreads decorated with hideous enlargements of grinning puppies’ faces. The only decoration on the walls of this sparse room are a large cross and various pictures of Jesus. Her mother, a very old woman who talks to the camera with a naughty grin on her face and then starts cackling like an old witch, admits that she wishes Monika could find a husband. More often than not, the audience is laughing with these characters rather than at them. In an interview with Monika, she is asked about love, and she confesses that she has always had platonic love. There are several young men available. Like Dodo, who has built a house for his future bride but is too shy to dance with a girl. And Janko the mechanic, who spends all his waking hours working on car engines.

What sacrifices, if any, should men have to make to be in a relationship? It seems that it is easier to stay single for most of these men who live with and are fed by their doting mothers and relax playing on their computers. But although stay-at-home Mummy’s boys are not a new phenomenon, now the internet can replace a real network of human links–who needs a spouse when you can get all the love you need online?

The last scene of the film shows the proud winner of the hot air balloon ride. First a long shot then a closeup of him on his romantic balloon ride for two. He is alone. He remarks on the beauty of the countryside. Then the camera pans away and we see the bright yellow balloon standing out against the calm, green hills. Will Hnikova’s heroes save the village?