Two Truths and One Hubbub 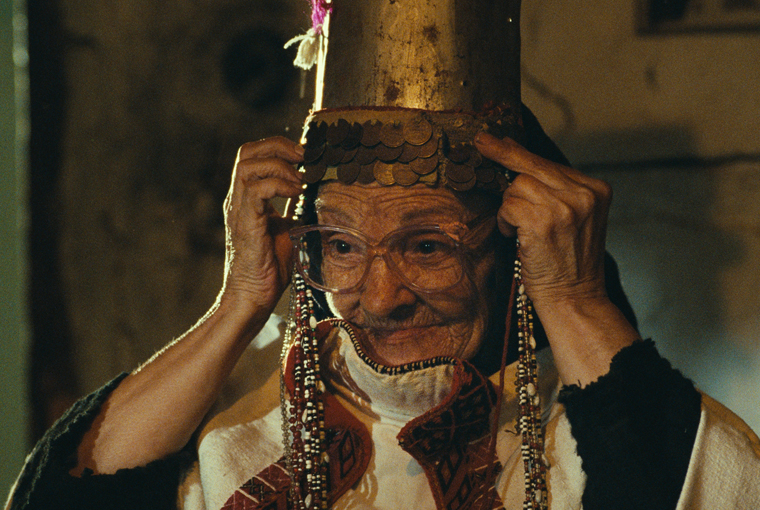 In its combination of genres, Mothers makes an ambitious proposal. The film is a triptych, made up of two fiction films, and one documentary. In every part, the film uses a city in Macedonia as a title : Skopje, Mariovo and Kicevo.

Skopje is the first part of the film and also the shortest one. Two nine-year-old girls go to the police to denounce a flasher. But this courageous initiative appears to be more of a “childish challenge”, almost a game in order to revolt against their parents’ rules, such as never to walk alone on the street or talking to the police without a reason. The girls themselves haven’t even seen the flasher. They only know about him, because of an obedient school friend of theirs, a “chicken” according to them, something which they wouldn’t be, since they have the courage to confront the police, even if they have to lie to prove it.

Mariovo, the second part, is a longer fiction used by the director as a transition between fiction to documentary. Three young people, a couple Ana and Simon and their friend Kole, go to the countryside to shoot a TV documentary about a “ghostly village”. They meet an old man, “Grandpa”, who says that he lives alone with his goats. But in fact he has a sister, “Granma”, although they don’t talk to each other anymore. Grandpa has nothing to say to the young, whose goal for their documentary was to prove: “Everyone knows everything about everybody at anytime” (Simon). They have more success with “Granma” who seems very proud of her old traditions and glad to be visited. During the shoot, the filmmakers different personalities are revealed : the sound engineer is like a dreamer vouching for the aesthetic beauty of the landscape, which the director Milcho Manchevski seems to cherish too; Simon, on the other hand, rather represents the commercial part of the documentary, treating the two old inhabitants like objects in a museum. A particular focus is given to Ana, who seems embodies the human aspect and the love of life.

The third part of Mothers, the documentary Kicevo, is the most polemical film. It is a true story about middle-aged mothers, who were kidnapped, raped and then strangled in a small town. While these stories could be touching, this part of the film is overcharged with dramatic music, and the images resemble those of bad TV documentaries based on grim but eye-catching news. The more people appear that have something to say about the mothers, the less real their tragic lives become. This film is like an endless investigation :first about the three murders from the point of view of the victim’s relatives, then about the arrest of the killer, a journalist who has written about the crimes himself, and finally about his dubious suicide in jail.

So there are three different stories, and three different forms. Why ? To speak about “the nature of truth”, according to Manchevski. He refuses the simplistic opposition between fiction and documentary, saying that “fiction is a truth inside a lie.” Indeed, the documentary is finally more confusing than the two fiction films. Reality, in this case, does not necessarily make more sense.

Unfortunately, this explanation sounds feeble compared with the formal and narrative choices of the director. Thus he refuses to acknowledge political or societal criticism of his film. But precisely the political and social notions in Manchevski’s film are most striking: the corruption of authorities, especially of the police; the generation conflict between those who have known Tito’s era, who live in the past (“Granpa” burns photos of Tito, cursing him, feeling betrayed by a lost idol), and those who are occupied with the future, the present generation that lives in cities, and is connected with the whole world.

Manchevski, however, keeps avoiding the political impact of his film, “every good film is a political statement. In my work I don’t talk about one country or one region, I am interested in the human condition in general. Mothers is a film from Macedonia, rather than a film about Macedonia.” This conclusion definitely doesn’t work. Mothers has to be a political film about the misunderstanding between young and old people in the Balkans, and the impossibility to tell or hear the truth. After all the film is not called “the Universal Nature of Truth” but Mothers…