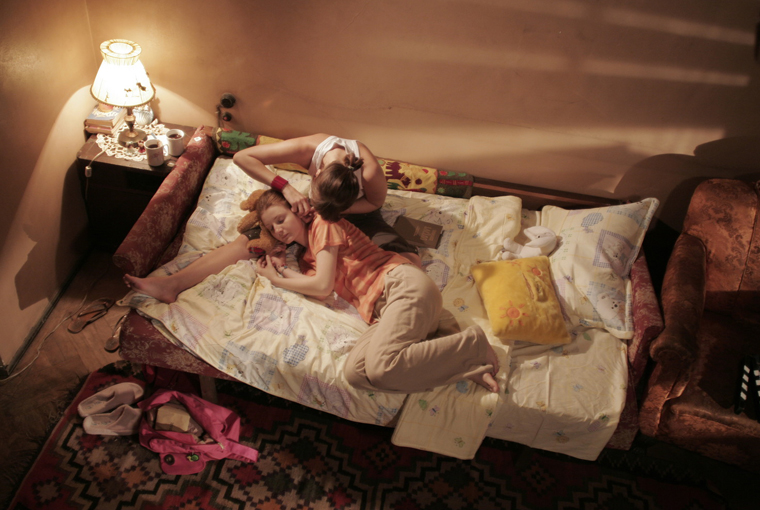 Lovesick begins with the close-up of a hand sweeping over the edges of a naked body. The body belongs to Kiki, a student from Bucharest and narrator of her own story, who is played by the young actress Maria Popistasu. The caresses come from Kiki’s brother Sandu (Tudor Chirila) maddeningly in love with his sister and incapable of letting her out of his hands. After this very short prelude, Kiki gives an account of how she fell in love with somebody else, Alex (Ioana Barbu), a girl she meet at the University and we come to witness the dream-like events of their relationship.

This sounds like a taboo-breaking provocation of incest and lesbianism. But Giurgiu’s film, I would suggest, gives the account of yet another story: while Kiki’s absence to her brother makes her relation to Alex increasingly impossible, the film unravels a cruel game of power, prohibiting Kiki to develop or to establish herself independently. Kiki’s attachment to her “own blood” thus comes to represent a regressive bind, a clinging to permanency with the effect of ruling out any outside reality: above all, other people. But does this return to the same place only affect the young girl or does it not construct yet another thread, one that is larger than the tripartite network the characters are enclosed in?

If there is one taboo for Kiki, Alex, and Sandu, it is to imitate a traditional family structure. The parents of the three protagonists remain largely outside of the children’s story. “The world is modern now”, says Kiki’s father, pointing out that his role as a father has become superfluous. Both of Kiki’s parents, whom Alex meets at lunch, seem rather droll in their effort to adapt to this “modernity” (eating low fat meals, for example), and their over-tolerant attitude (towards fashion and the destructive dialogue of their children) lets them appear quite helpless. Finally they seem like the tolerated remainder of another world holding fictitious positions in their children’s universe.

All the more reason then, to look for a real family elsewhere. Alex comes handy here. She believes in the reality of love and permits Kiki to “run away”, making the escapist dream she has during her first night with Alex seem true. So true perhaps that is starts frightening Kiki. It definitely frightens her brother who tries to win her back, first threatening her that he will leave the country, then driving all the way to a small village where Kiki and Alex are visiting Alex’ parents. He forces her to leave the place immediately, regardless of Alex and her parents who don’t understand what is happening. Although Kiki resists her brother’s demand, her holiday is over after Sandu shouts out the parameters of their relationship during a fight in the garden. Kiki thus leaves Alex telling her that she is afraid her brother might do something crazy. But by now even Alex is in doubt. The opening picture has already announced Kiki’s situation: her body doesn’t belong to herself. She is in the hands of another (who is also the same) denying her to lead a life of her own.

Both realities are thus shut down. Neither can her home serve as a reference for Kiki’s desires nor is she able to redefine herself through a radically different model. She is thus forced to retreat into a stagnating relationship, in which both sides try to efface the other part. Now one could argue that this destructive touch is the result of some kind of self-judgment. Because their relationship is socially not possible they judge themselves, impinging on themselves the effects of a punishing norm. The two girls discuss this topic through the bias of literature (Chateaubriand’s Réné) – the story of a young Frenchman who takes refuge in a relationship with his sister, an affair without a happy outcome. For Alex, the relationship between the two is possible, and only wasn’t because of a lack of faith. For Kiki, the story is not possible, first, because the author doesn’t believe in it, and second because if it is told, it turns into a confession introducing a moral standpoint for both narrator and reader. Saying this, of course, Kiki herself is about to “confess” to Alex, thus judging herself in front of a moral instance whose judgment she would, after her own account, desire. This is underlined an instance later, when she calls Alex a Saint.

Alex turns into the punishing Saint, when she doesn’t want Kiki to come back to her and “condemns” her. The judging character of this final scene becomes all the more apparent when Kiki kneels down, performatively forcing her friend to speak to her as though pronouncing a verdict.

This appears to be the rather sordid conclusion between the three main characters. However, transferred to a social context, the film resonates another disquieting mood. While Kiki tries to renounce a traditional family structure to find a different kind of constitutive sphere, she represents a generation “in between”, whose hardship to identify with new forms of social and political order as well as to abolish older ones, is endangered to regress into a self-destructive stasis. Might Lovesick not portray after all, a generation in Romania (Kiki), that turned its back both on an unpleasant past (the parents) but also on a promising future (Alex), thereby returning to an absent, mysterious, but somewhat aggressive self-same place (Sandu), that paradoxically functions through similar repressive conditions the well known “family state” fastened?

If so, the “sickness” (bolnăvicioase), does not refer to sexual “ties” (legături) but to temporal and spacial ties. The main character gives in to this stasis. Experiences such as love, freedom, happiness, as well as hurt, oppression, or failure are reduced to the same place and can no longer be distinguished. Oppression reappears as happiness, freedom disguises as hurt. This is the perversion of Lovesick and ultimately the more daring break of taboo. It questions those who cherish nostalgia recreating illusions, as well as those too afraid to commit themselves to improving the future. 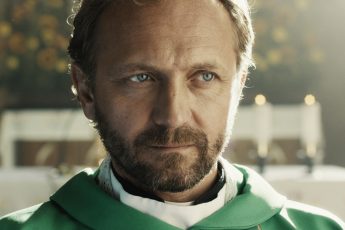