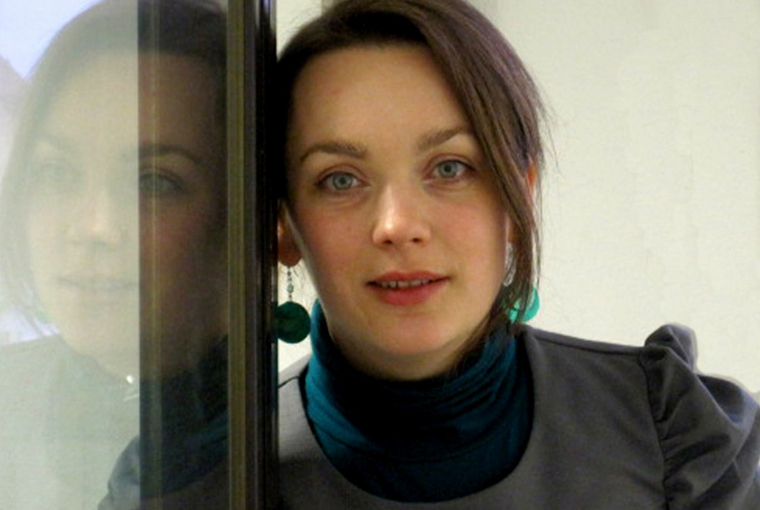 Lăzărescu’s “Silent River” focuses on two young men who want to escape Communist Romania. We met Anca Lăzărescu in Berlin to speak to her about the emergence of the project, her main characters, and possible political references in the film…

One man is working for the post office and he has the permission to go to the Danube, at the border area, which is forbidden for most people. And the other one doesn’t have this permission but he has the contacts on the Yugoslavian part. Because once you get to the Yugoslavian side you have to continue until you are in the west. So one can get both of them to the Danube and the other one can get them closer to Germany once they have crossed the Danube.

Where did you get the inspiration for this story?

It’s totally based on a true story. I was born in Romania and I am Romanian, I attended the German school in Romania but I moved to Bavaria when I was eleven. In the place where I come from, Timișoara, there is a huge minority of Germans. I went to the German school, encouraged by my mother who always said you never know, what she meant was hopefully one day… After the summer holidays usually the class was a little bit smaller because one of my classmates had fled to Germany or was bought by Germany – west Germany could also buy Germans of German origin – but most of them tried to flee. So one of our ‘preferred’ subjects to talk about at lunchtime was: what would soldiers do if they got caught? We were very childish in our conversations, but we talked about it.

What would happen to them?

We had all heard rumors. The most common thing was that they were killed. Or they would be thrown into jail for a long, long time. It was forbidden to flee out of the country, and there was no possibility to leave the country.

The tale is really based on the experiences of a very close family friend, who crossed the Danube in the 80’s. His story starts quite similarly, he had someone he needed, but he didn’t know it. Both mistrusted each other too, but then his story changed, in a way I could not use for dramaturgical reasons. But I took this story and yes, there’s a lot of my own story in it as well.

How do you cross the Danube?

You swim across, it’s quite dangerous because, firstly it’s around a thousand meters wide. And secondly there are a lot of whirlpools. Many people died or were shot trying to cross the Danube.

How old are your main characters?

Why did you choose to have male characters for the main roles?

Yes, there are two main male characters but the most important character is the female. She will decide everything. The deal between the two men is that just they two will escape but one of them doesn’t keep his side of the deal and he brings his wife with him. At the end, suddenly the one who didn’t want this third person at all, and denied everything, has to realize that his whole future lies in her hands.

As a general answer, we all need someone to survive.

Are you trying to make a political statement?

No, I hope not. Of course, every movie you make about communistic times is political in a way, but I’m much more interested in inter-human relationships.