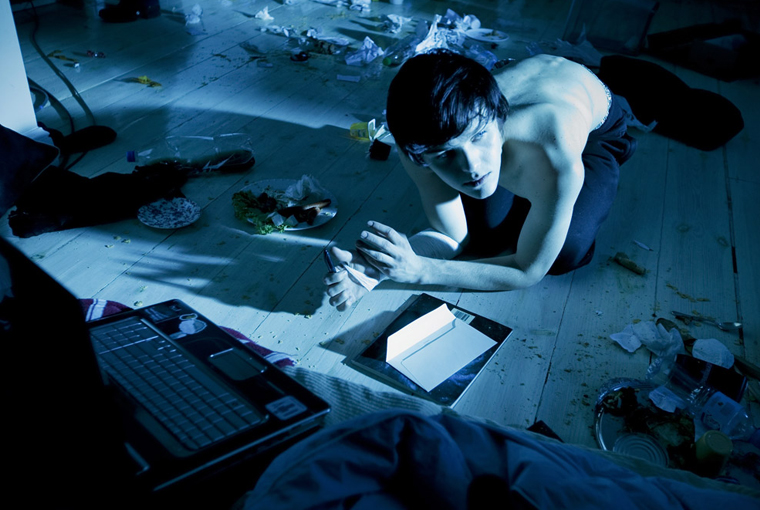 Virtual reality is the new thing in cinema. Recently, Hollywood presented its (re)take on this topic with the 3D-film Tron Legacy, a sparse story about a man who falls into a computer program. At the Cannes Film Festival, among the 2010 line-up were Chatroom by Hideo Nakata and R U There by David Verbeek, two films that are set in parallel realities. Now, at the Berlinale 2011 Panorama section, Polish director Jan Komasa premiered his film Suicide Room, the story of a boy who flees the problems of reality by entering a chat room for suicidal people.

Suicide Room stands in the line of contemporary Polish culture, and in its rawness very much resembles Wojna polsko-ruska by Xawery Zulawski, a film based on a first-time novel that follows the fictional and non-fictional experiences of the youth. Zulawski and Komasa present a courageous young cinema: one that tells its stories forthrightly, with the vulgarity and violence it holds as necessary. In this sense, Suicide Room is not an easy film to watch. Komasa depicts the world of suicidal people and does not refrain from showing it the way it is. But although the audience is asked to bear through the images, the characters are flat and one-dimensional, which makes the experience restricted to the 110 minutes that the film lasts: there is no aftertaste to the film, nothing that makes us think. The conflict that escalates at the end is not one that we can relate to, and so- diffused by music and cutting, the final scene is one that does not confront us. Another problem of the film seems to be the story: although there is a general tension throughout the film rooting in the fact that the audience cannot predict how far the members of the Suicide Room will go, there is no story to support this acute tension with a dramatic backbone.

On the other hand, this is precisely the kind of world that Komasa is taking us to: one of acuteness and sensation that lacks true meaning. Suicide Room is not only a reflection on youth culture, but simultaneously on society. A central conflict of the film is the relationship of Dominik- the protagonist- and his parents, who are themselves troubled, but until the very end do not understand the problems that Dominik is facing. Even though the film is based around a chatroom and a social network, the world that Komasa depicts is one that lacks communication and mutual understanding. In Suicide Room, all characters are culprits, and all characters are victims. Reality is defeated through a suicide- a messianic victim- that makes the others realize where they stand. And so in the end, there is only one victim, and many culprits.

Suicide Room is not a psychological or even story-based film, but rather one that uses the basic elements of cinema to tell a story through different visual means. It is cinema that dares to be different.