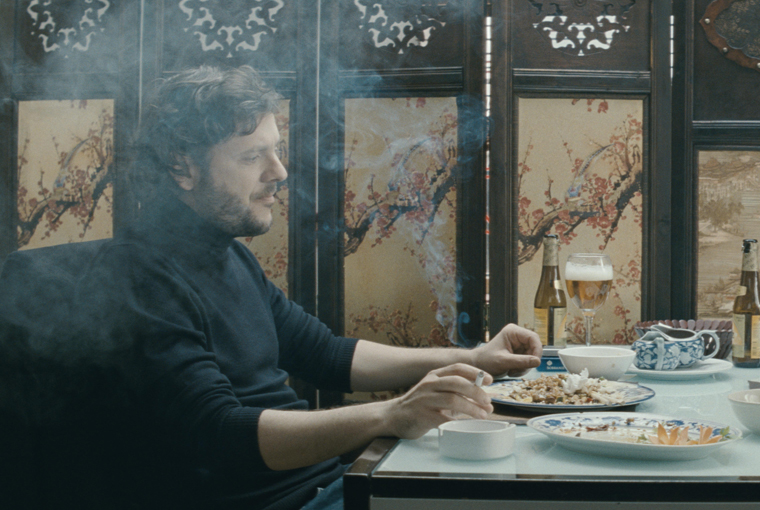 In a conversation with Romanian filmmaker Corneliu Porumboiu I had nearly five years ago, he told me that he was especially interested in exploring the possibilities and meanings of time in film. It seems that his earlier piece Police, Adjective, already follows this idea, and that his latest film When the Evening Falls in Bucharest or Metabolism, goes even further in this direction.

When The Evening Falls is a metafictional work, a film about filmmaking. Not only because it talks about the affair of a director, Paul, and an actress, Alina, during the shooting of a film, but also because every single dialogue, even when not directly linked to the process of filmmaking, indirectly refers to it.

The first and most clear reference to the process of filmmaking is in the dialogue Paul and Alina have in his car. He explains to her that takes in films shot in 35mm can’t last more than eleven minutes (of course Porumboiu’s film itself, shot in 35mm, doesn’t have takes that last any longer). This would create a certain condition for the audience’s experience of film, an experience that he tries to highlight. “What about the future – will there still be cinema?”, Paul asks afterwards.

Besides such references, there are also puns. When at a Chinese restaurant, Alina and Paul talk about eating habits of different cultures but end up having a discussion about form and function that could easily be transposed to film. There’s also a second table scene, where Laurentiu, Paul’s friend, says that Alina looks like the Italian actress Monica Vitti, and Alina claims not knowing her. Could this be read as an ironic note on the lack of film culture of some actors? In fact, table scenes themselves are a recurrent mark of Romanian contemporary films. The dialogues quoted above could have taken place in other contexts, or be built otherwise, but this very recurrence of table scenes in is another piece of the puzzle of cinematic references – this time, on the audience’s knowledge of the so-called Romanian New Wave.

Why is there the word “Metabolism” in the title? One may guess that it has something to do with movies. Paul has a stomach problem. His producer, Magda, worries about this but is mostly doubtful, and asks him to prove that it is not an ulcer. He justifies the condition of his body by showing her an endoscopy, a video analysis. It is the moving image showing his metabolism, invading his body. “Cinema” is everywhere, not only in his mind, but pervasive even in exploring his metabolism.

The evening falls in Bucharest. Film shootings take place or finish, we never know the schedule… Generally, professionally and romantically speaking, Paul is with Alina at this time of the day. She seeks perfection and justification for a nude scene Paul proposed; their ideas about it seem to go in different directions although their bodies converge in bed. Apparently it’s the first film by Porumboiu with a strong accent on a “love” story.

But it’s not. We do have a couple as protagonists, the majority of the infinite dialogues are between the two, and yet this is not a story about love, sex, or relationships. It’s an essay about cinema. One that, with its puzzling references, may please arthouse filmgoers, though some viewers may indeed be lost in translation. 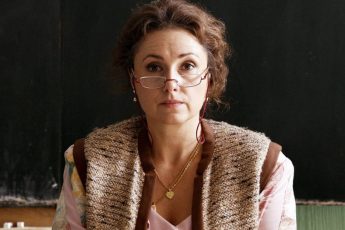 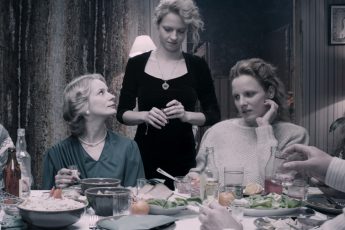 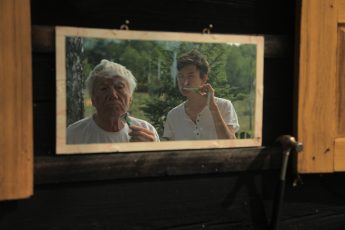