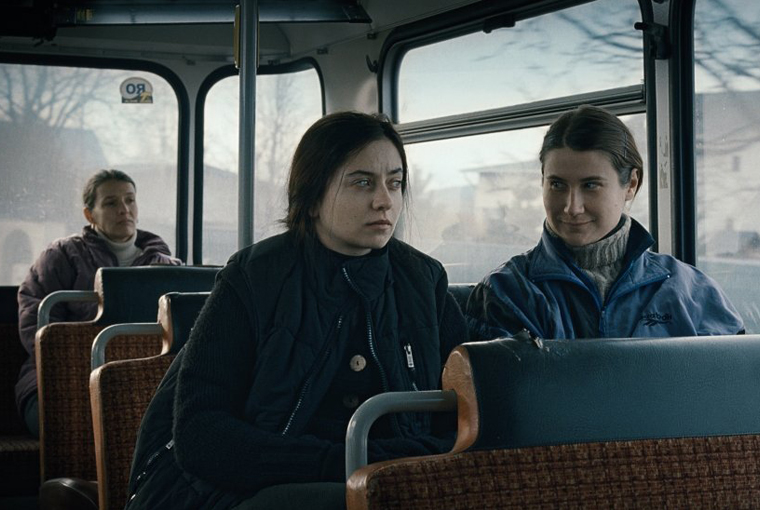 Voichita (Cosmina Stratan) and Alina (Cristina Flutur) are old friends from the orphanage. When the two young women had to abandon the orphanage to find work, Alina left to Germany, leaving her friend all to herself. The film starts a few years later, as Alina, struggling with life abroad, comes back to take Voichita with her to Germany. When the two meet at the train station, Alina is seemingly touched. Pacing over the tracks to fall into Voichita’s arms, crying, a passing train rushes by within an ace. It does not take long to realize that Voichita and Alina are more than friends. What Alina sees in Voichita is not a companion, but a lost lover. But Voichita has joined a monastery as a nun, and her life has become accustomed to the austere routine of the abbey. While Alina struggles to adapt to the over-regulated routine at the monastery, she realizes that Voichita is reluctant to leave the monastery. God has taken Alina’s place in her life:

Alina: “Don’t you love me anymore?”

Voichita: “I do, but it’s different than before.”

Among the nuns living in the female monastery is one priest – “Papa” (Valeriu Andriuta)-, who looks over the quiet community with an unchallenged, dozing authority. But as “Papa” spots the intruder, sensing her intentions, a resting arm turns into an iron fist. He warns Voichita that she will not be able to join the monastery should she leave with Alina: “The path of God is not for those who wish to commit to it from time to time”. While the nun tries to continue conforming to her duties diligently, remaining unresponsive to the attempts of Alina to seduce her, Alina’s visit grows increasingly unpleasant. One night, Alina disrupts a holy evening mass, challenging the priest’s command to go out (“Isn’t everybody welcome in church?”). A few moments later, the nuns find her leaning over the well, threatening to drown herself, and soon throwing fists in all directions. When the nervous woman is tied up and taken to the hospital, an old game repeats itself: again, as in The Death of Mr. Lăzărescu, the hospital is not a place for the sick and the insane, but one for the sickly and the sane. After they prescribe tranquilizers and take care of Alina for a couple of nights, the doctors send her back to the monastery, a place where she is far from being welcome. But as Alina attempts to join the monastery to stay with Voichita, her repulsion turns out to be stronger. As Alina continues to disrupt the peace at the abbey, the small community turns to what seems to be their last resort: driving out the devil from Voichita. They bring in Ionut (Alina’s only relative), Alina’s mentally disabled brother, asking him for consent (this intense scene is the first moment when the viewer gets firm doubts about the innocence of the monastic community); innocent consent that will cause tragic consequences.

The fourth feature of Palme d’Or winner Cristian Mungiu is minutely orchestrated, with much space given to the unfolding of Mungiu’s rich characters. This dynamic is likewise permitted by the marvelous performance of the acting trio, and, needless to say, Oleg Mutu’s camera work. Though unlike 4 months, 3 weeks and 2 days, much of the action in Beyond the Hills takes place outside, the space on screen feels similarly claustrophobic, a decision that fits the general feeling of the film. Mungiu’s script is based on a non-fiction novel by Tatiana Niculescu Bran, which in turn looked to throw light on this scandalous incident which attracted much attention in the press, ultimately leading to the expulsion of the liable priest from the Orthodox church, and the prohibition of St Basil’s verses which elaborate on the above-mentioned procedures. Certainly, it could be seen as a weakness of Mungiu’s film that the outcome of the film is fairly predictable – in particular if we turn to a Romanian audience familiar with the incidents. But it is justified to ask whether a film like 4 Months, 3 Weeks, 2 Days was not predictable, or whether it was harmful to a film like The Death of Mr. Lăzărescu to give away its ending in the title. Though it is upon viewers to decide what their view on this film is, Mungiu is right in asking the audience to pay attention to the details rather than the main story line. The film does not ask what happened at the monastery that day, but how it could have been possible for such a tragedy to occur. Mungiu’s film is a study, not a reconstruction.

It is easy to see how the themes in Mungiu’s script are related to those of other Romanian films. Mungiu did stress that comparisons to 4 Months, 3 Weeks, 2 Days are categorically misplaced, and indeed, the reiterated triangular character constellation is hardly more than a parallel in structure. But again, the problems that his characters are struggling against have causes that are beyond their reach. The 464 sins of the Orthodox church are but another set of rules passed on from an indubitable authority. When Alina asks Voichita to explain the rules of the monastery, Voichita hushes. Some rules, be it in a monastery or an oppressive regime, lack any kind of rational explanation. This is precisely the reason why Alina refuses to succumb to the rules of the monastery: they lack a satisfactory justification. Still, the central theme of Mungiu’s film is not the struggle against an oppressive system, but that of indifference (after all, though the priest does end up enforcing her own “happiness” upon Alina, she stays at the monastery out of her own will). Indeed, the indifference of the nuns and “Papa“ towards Alina is relative – their crime does not result out of an act of egoism. The quasi-exorcism they perform is an honest effort to rid Alina of her misery. Therefore, they are not indifferent because they don’t care about Alina’s well-being. However, they are indifferent in thinking that it is upon them to decide what would make Alina feel better, when Alina’s desires are clear from the very beginning…. 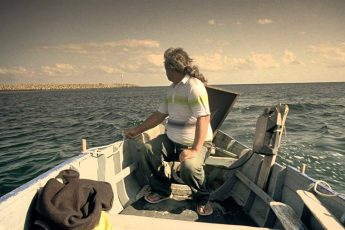 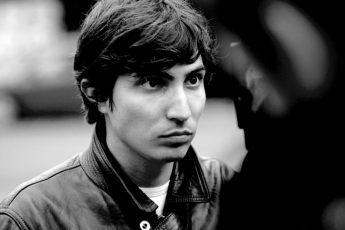