The Hidden Layer of Kazakh Poetry 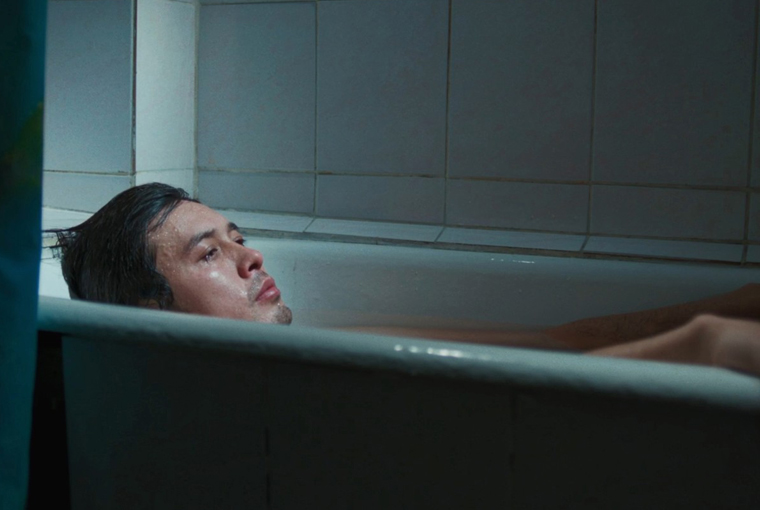 At a time when traditional and ‘noble’ forms of art are thought to be losing their appeal and gradually dying out, the future of poetry in the contemporary world is often discussed in pessimistic terms. The old guard, predominantly made up of schoolteachers and academics, silently reminisces about the past, a time when poetry still mattered. Of course, it would be implausible to claim that poetry ever reached the masses, since, with the exception of political or national writers, poets would normally reach but the few ‘enlightened’ intellectuals of any society. Still, poetry indeed played a major role in the creation of a national culture and identity. In turn, fears of a transition towards a poet-free world are coupled with fears of a globalized and uniform culture that threatens local identities and gradually erases regional tradition and even languages. It is hard to ignore or downplay these fears. However, it is equally difficult to endorse nostalgic, over-simplifying narratives that treat the past as an ideal period of national pride. Darezhan Omirbayev’s recent film Poet attempts to overcome this dilemma, critically examining nostalgia while also acknowledging the great poetry of the past as a silent form of resistance that is still being cherished in contemporary Kazakh society.

Poet opens with a sequence inside a newspaper office, where a semi-intellectual, all-male, discussion takes place between three middle-aged journalists and Didar (Yerdos Kanayev), their younger colleague. The middle-aged group – imbued as they are with national pride – share a pessimistic view about the future of Kazakh language, regretting the current loss of interest in the work of Kazakh poets like Makhambet Otemisuly, a celebrated 19th century poet who was murdered in 1846, most likely for his opposition to Russian colonialism. “People should read more”, they conclude condescendingly as Didar remains silent. While they consider themselves to be holding a literary last stand against cultural annihilation stemming from neo-barbaric globalized forces, the film presents their discussion as bordering on the generic and narrow-minded. The film instead turns to Didar, who tries to maintain his identity as a poet while coming to terms with a world where poetry no longer seems necessary. Trapped in a precarious financial situation, with his poems hardly recognized, he is offered an important amount of money to write a biography celebrating the (false) life achievements of a wealthy factory owner. Like Makhambet, who was offered an official pardon were he to collaborate with the pro-Russian khan, Didar is conflicted. Accepting the offer would solve his financial problems – he could finally buy a new pair of shoes and perhaps even a car – yet it would also mean betraying his pure artistic mission. The film is smart in avoiding a predictable depiction of Didar as a solitary figure of resistance in a world without art and poets. Instead, Didar becomes a conflicted character himself, tempted as he is by the fantasies of a world that values entrepreneurship and commodities. However, his random encounters reveal that, despite all appearances, his world still abounds with Makhambet’s ideas. From children to state officials, everyone around him recites poetry in a discrete yet passionate way. The film shapes a world where consumerist dreams proliferate on the surface, but underneath, national culture and poetry are always present, hidden yet able to mobilize people. The old guard of journalists plays but a small part in this resistance, as poetry seems to primarily side with ordinary people. Elements of local pride and the instrumentalization of culture in the construction of national narratives are evoked but never explored as the film opts for a positive image of Kazakh society, in which poetry remains its invisible motor.

The contrast between superficial dreams and the truth hiding underneath is perhaps best exemplified when Didar is invited by a regional cultural center to recite his poems. In a lucid dream, Didar finds himself in a black box theater (a minimalist contemporary performance space) and fantasizes about everyone around him – including his family and friends, and even officials – being exhilarated to hear his verses. In reality, his train arrives in a small provincial town and the director of the cultural center invites him to spend the night at his own house, since the budget for culture did not suffice for a hotel room. Life steps into yet a starker contrast with fantasy when the old theater booked for Didar’s performance is completely empty but for a single visitor. As the cultural director starts to apologize, embarrassed for his failed event, thus confirming – briefly – that people don’t care for poetry anymore, the lone visitor – a young woman – gets up. She stutters, possibly due to a speech impediment, explaining that she has read all of Didar’s poems, which were a constant companion when she was facing the hardships of life. When she starts reciting her favorite poem of his, each word comes out with an effort. If writing a poem is a difficult challenge, pronouncing the words is equally difficult for her. Yet, she continues reciting them. Through her voice, the verses of the poem feel more alive than ever. The film dismisses Didar’s dreams of institutional success as another type of contemporary fantasy, one that proves shallow and superficial when faced with the true ultimate reward a poet can get: seeing their poems deeply touch the heart of a person in moments of need.

The film’s optimistic view on the power of national poetry is therefore coupled with a deep mistrust of institutions. The film’s subplot retraces an imaginary itinerary of Makhambet’s remains, according to which the remains were transported from the original grave to an official memorial built in 1995. In the film, Makhambet’s original burial site is kept secret, passed down orally among generations until cultural officials intervene to excavate the grave and study his remains. As long as the secret burial site is under the control of the locals, it feels like a sacred place still echoing the force of the great poet. Conversely, as soon as the officials get involved, Makhambet’s remains become entangled in bureaucratic logic, and thus the poet experiences a second type of death. In the eyes of Poet’s director, culture, poems, and the past are meant to be preserved in people’s memory, preferably through a rich and vivid oral transmission which resists rigid institutional control over culture. The final scene visually celebrates this statement. In the last sequence, Makhambet’s pure white mausoleum extends in all directions, glistening in the sun. The surrounding landscape, however, is deserted, except for tall trees growing around it, their leaves dancing in the wind. No visitors are in sight. The viewer now knows that the superficial meaning of this image, which suggests the death of poetry, is false. As long as poems remain alive in people’s memories and hearts, as long as they are passed down from one generation to another, the poet needs no memorial or visitors. Poetry spreads throughout the country anyway, its presence noticeable in people’s everyday actions much like dancing leaves betray the passage of the wind. 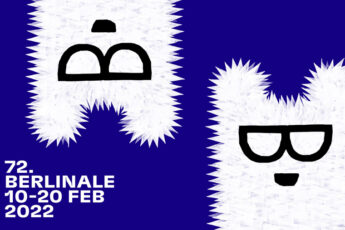 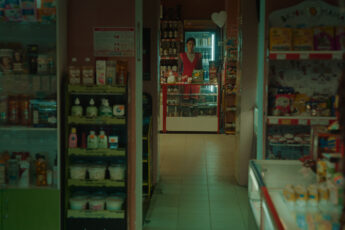 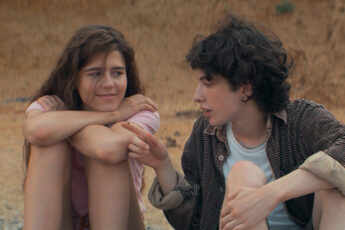