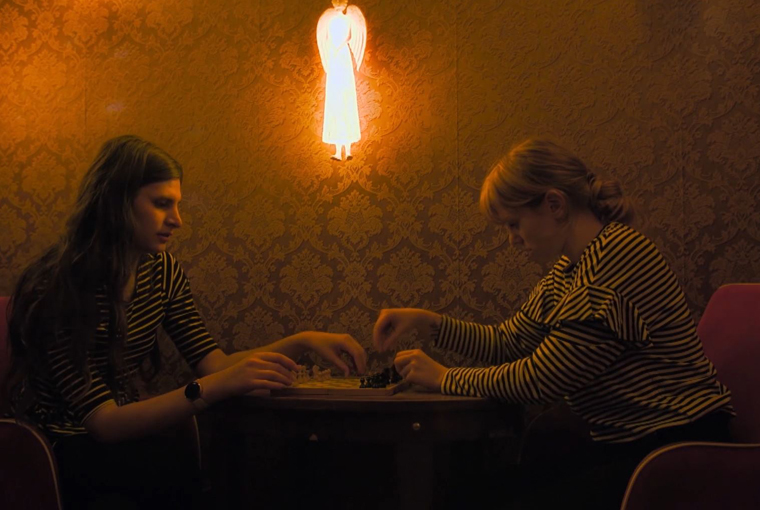 You may recognize Jan Gebert’s name from his earlier film When the War Comes. It follows a young man in Slovakia who, after receiving military training in Russia, founded a right-wing militia only to end up setting his sights on politics. Three years later and in partnership with the public Czech Television channel, Gebert has returned to the same themes of youthful ambition, yet not at all with the same style. In The Candidates, Tereza Hyťhová and Georgia Hejduková, two up-and-coming young politicians, are followed around throughout their 2021 political campaigns in a fly-on-the-wall documentary that cuts and pastes the two young women against each other. Hyťhová represents the national-conservative Tricolor Citizen’s Movement party, and the film opens with her talking about a mythological mountain and stroking her fluffy bunnies. Georgia Hejduková from the Czech Pirates party however, is an advocate for anti-bullying, transgender rights, and liberal-progressive politics. Ladies, gentlemen, and non-binary readers, we obviously have a juxtaposition on our hands. In a society that is obsessed with comparing women to each other, it is hard to tell whether this male director saw an opportunity to capture some cheap thrills on screen as his two subjects pursued their goals in counter-opposite fashion, or whether he had something more to say. While the personalities portrayed in The Candidates are interesting, the structure of the film is average and the chance to further engage a curious audience is wasted. If you do watch The Candidates, know that the title’s namesakes are what carry it.

In these cynical/complacent times, it is a wonder on the one hand why anyone gets into politics and, on the other, a miracle that anybody cares when someone does. Tereza Hyťhová perfectly embodies this contradiction in the sense that her lament for a “normal” world is as boring and tired as her desire to restore “normal” values, yet her background as a bored and low-paid teacher in the industrial town of Ústí nad Labem may just hold the key to understanding why she is so fearful and hateful. She mostly comes off as ridiculous rather than radical, but does possess a spark of determination that could be put to serious use under the right, or wrong, circumstances. At one moment, Gebert captures her in a club where she smugly assumes a fellow dancer has a black eye due to domestic violence. Her friend claps back, after having noticed the dancer’s current state of energetic inebriation, that she probably got drunk and fell. Within just a few seconds, the talk of the town topples and exposes Hyťhová’s overly-confident attempt at superior humor, as well as the ease with which she jumps to a conclusion. It is admittedly entertaining, and The Candidates serves up a handful of similar moments as Eurosceptic Tereza can’t seem to help but put her foot in her mouth. Yet, as we have seen with Donald Trump and Boris Johnson, bumbling idiots are not by force harmless. Such men, however, have walked through endless open doors of privilege and upper-class advantage to get to their positions of power. What is potentially much more worrying about Tereza Hyťhová, is that she seems to come from a background of working-class exclusion that has turned to right-wing hate. She may not be in a position to become a world leader, but she is seemingly the type of person who will doggedly support someone as stupidly provocative as Trump and carry out their dirty work on the ground. In fact, we see her walking the pavements, handing out flyers and trying to bond with locals over their grumpy complaints, but the hope of the film exploring her work ethic further quickly fizzles out. Instead, the pattern of a few random scenes with Hyťhová and then a few more with Hejduková persists until this slow-rolling rhythm rolls into the credits.

Luckily however, Georgia Hejduková is a breath of fresh air, even if she, like Tereza, isn’t taken seriously enough in the documentary to warrant a true exploration into her background and impact. If you look her up online, you will find her Instagram linked to her blog posts, interviews, podcasts, and campaigns for progressive politics, but we only see snippets of her apparently fervent activity on screen about her efforts to get elected. Not to mention that she is smashing barriers against transgender people in Czech politics. Instead of trying to garner support by exploiting people’s struggles and anxieties, Hejduková is trying to set an example of bravery and inclusive values that could lead to positive development in her country. She is fiercely smart and resilient, and it is charming to get to know her when watching The Candidates. While Gebert didn’t exactly expand on her achievements or provide any further information on what life is like as a transgender public figure in the Czech Republic, one of the last European countries to enforce sterilization in exchange for an official gender change, at least he framed her positive reaction to hardship as a comment on Tereza’s spiteful tone. Nevertheless, the director disappoints in relation to one scene in particular. When Georgia gets up to speak at a council meeting, the entire room goes cold and many turn away in disgust, the mayor of Prague himself slumping in his chair and barely giving her the time of day. To have your simple presence change the tone of an entire room and to live with digs and jabs of a heteronormative society on a daily basis, yet aspire to stand up and fight for your beliefs, is something that this film should have been far more interested in. Maybe Gebert should take a leaf from Hejduková’s book and find his voice instead of staying in the comfort zone of observation.

With two fireball personalities so deeply committed to the idea that politics can make a difference, The Candidates could have taken observational footage and explored ideas of populism and bourgeois liberalism from a multitude of angles. Are progressive ideas linked to class, and if so, how? What leads people down the ideological paths that they take? How seriously are individuals with strong ideas having an effect on Czech politics and why do people still support the drunken bigot that is Miloš Zeman, the Czech President? Jan Gebert really could have taken it so much further and ignited a thriving conversation with his documentary, and while what he did produce isn’t terrible, it doesn’t stand out. He is obviously sensitive to the electricity of big personalities, as well as aware of their power, but this time around, it felt like he held back. Or perhaps he just didn’t step up. It would be nice to see him attack his next film with a bit more confidence and criticism. 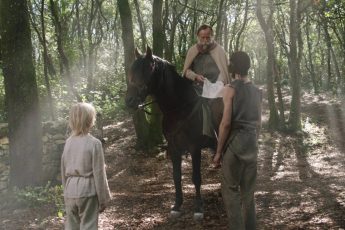