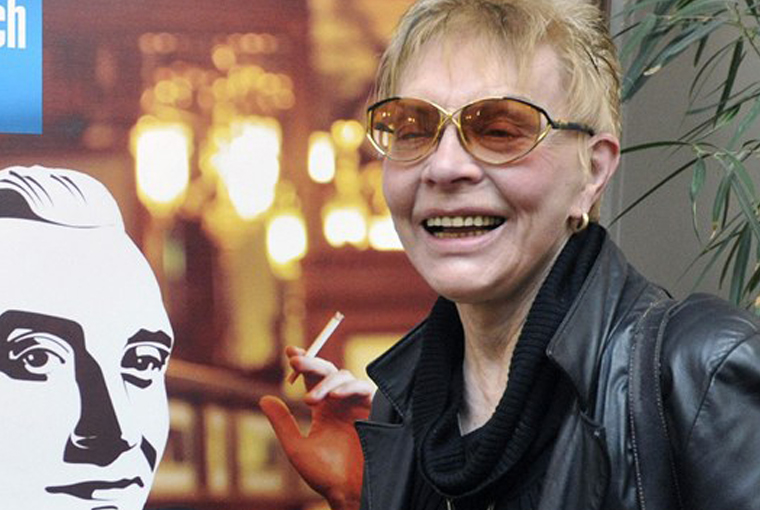 Drahomíra Vihanová was part of the Czech New Wave, which constitutes the high-point of Czech cinematic history. A graduate from FAMU, the national film school, in 1969, her debut “Squandered Sunday” was confiscated, and Vihanová was banned from filmmaking for 7 years. In 1977, she started making documentaries. After 1989, she worked freely in the Czech Republic.The Czech director speaks about the way film school worked in the 1960s, the political atmosphere back then, her work, and how her film was banned after the Prague Spring.

Let us start with your education at FAMU, the Czech national film school, first. Was it politically or philosophically lined, or purely technical? Did you manage to get to know international cinema?

I was at FAMU in the early 1960s. At the time, the rector would expose us to international films, especially those from Italy and France. But there was already a certain political incertitude, and we didn’t politicize at school whatsoever. Of course, we dedicated ourselves to the profession as such, as well as the arts, history, aesthetics, philosophy etc. At school, politics – marxism and leninism – were secondary, although we did have to take them (with varying success!). Our language of filmmaking was certainly inspired by the French New Wave. The laxness of the dramaturgy and the free use of sound and editing are clearly visible in the Czech New Wave, too. My graduation film, Fugue on the Black Keys, too, is greatly inspired by French films, as well as Věra Chytilová’s Ceiling.

Were courses on aesthetics or philosophy closely linked to film?

No, they were general, independent courses on aesthetics, philosophy, theatrical dramaturgy etc., taught so that students would get a more thorough understanding of the arts and all its components. Since film combines a number of arts, I think this makes sense, and the teachers were great: Milan Kundera taught us dramaturgy, Karel Höger taught us acting. On top of that, there were yearly practical exercises that each student had to complete, from news-reel like mini-documentaries to short films.

Yes, sure, but a lot of the cooperation was professional. Younger students would help out on the sets of older students as assistants. I worked with Věra Chytilová and Evald Schorm a lot.

Some of your colleagues from the Czech New Wave view filmmaking as a political and moralising instrument. Do you agree with that view?

Whenever you create something, you have a moral responsibility, so that comes automatically, it’s a question that poses itself. There is always a stance that you have to take. I think most of us weren’t trying to moralise intentionally, it’s just something that comes naturally.

Still, to most of us the main goal was to break with the tradition and with the kind of films that Otakar Vávra & co were making. We wanted to focus on different things – ordinary fates for example-, and find new ways of expression. The beautiful thing about FAMU was how productive of an environment it was: your teacher was Vávra, a classic of Czech cinema, but he tolerated and even other styles and tastes. You could do films whichever way you desired. Vávra let everyone make films the way he wanted to, and so even among students different styles emerged.

We did, since we had courses on the history of cinema, but quite frankly there wasn’t much happening after 1948. If anything, we tried to counter what came after. Of course, that’s normal – the French and the Germans went through the same kind of “counter”-tradition.

What about Soviet film?

We did know these films, too. In fact, we had a class on Soviet cinema. Since most Soviet films we were exposed to were ideologically founded, there was a lot not to like about these films, but whatever there was to like we picked up and reapplied – the cinematography for instance was magical!

You said in an interview that you had trouble finding an African actor for your graduation film, “Fugue on the Black Keys”, because the African students’s association didn’t allow you to star them in your film. Could you explain where this decision came from?

I don’t know. There was a certain time when there were quite a few African students in Czechoslovakia – a rather unpopular minority – who were represented by this students’s union. Since I wanted to make a film about an outcast, I thought that the easiest way would be to let an African student star in the main role. When I found a student who I liked for the role and who could, just as important for the role, play on the piano, I had to request permission from the African students’ in Czechoslovakia. But they announced immediately that no African student would star in a Czech film, a decision that wasn’t justified. In the end, I found a Cuban student and let him star in the film. I didn’t need permission to let him star. He couldn’t play on the piano, so I had to teach him the passages that we needed.

Were students at FAMU also bound to the will of students’ unions?

There was a union, but we didn’t need to consult them for our work. We were more or less free in our filming. I was neither in the Youth organizations nor the students’ unions.

The actor you found for “Fugue on the Black Keys was a non-professional – was that an intentional decision, or a choice you had to make given the difficult circumstances?

In fact, everyone starring in “Fugue on the Black-Key” is not an actor. It was largely intentional, but I wouldn’t have done it in other films. There is no “Hamlet” role in the film, a truly challenging psychological role that would require great expertise. The other thing was that I wanted is to remain authentic. If I had chosen real actors, viewers would recognize them, and that would harm the experience. I would later choose real actors for Squandered Sunday…

The shooting of “Squandered Sunday” was delayed repeatedly. What problems were you facing?

Jan Procházka, who was working at the Barrandov Stuiods at the time, offered me to make a film under his supervision. I brought in Jiří Křenek’s novel which the film is based on, and when Procházka approved, I developed it into a script within two weeks. The film was supposed to be shot in 1968… Since there were a lot of exterior scenes and the sun plays a big part in the film, we set the shooting time to August ’68. I had been looking for a cinematographer for a long time because the cinematographers I had originally wanted weren’t available at the time, and I finally settled with a former classmate.

The film takes place in Josefov – an army base, but when we moved there, it was already late August, and so the 21st had passed. By that day, part of our crew was already in Josefov, and so we ended up among Russian troops who had occupied half of the city. That’s when the filming was stopped. We returned to Prague, and for a long time we didn’t know if the film would still be shot. Around October, I was told by Jan Procházka, my supervisor, that the film wasn’t appropriate for the situation in Czechoslovakia. But around Easter 1969, when it was still unclear whether the occupation would continue, I was visiting a friend in Paris when the whole situation changed. On the airport off to France, I called my supervisor and asked him if the film would still be made, because, I told him, I would stay in France if it didn’t. Suddenly, he told me that not only would it be made, but that it had to be completed that same year because the people who were being put in place at the Barrandov studios, where the film was to be produced, would be less sympathetic towards my film.

In summer of 1969, we managed to finish the whole thing, but it turned out that we could never screen the film and that I wouldn’t see the film for over 20 years. It was immediately confiscated, along with four other films by other directors (Karel Kachyňa’s Ucho, Zdeněk Sirový’s Smuteční slavnost, Jiří Menzel’s Skřivánci na niti, and Evald Schorm’s Sedmý den, osmá noc) and for a long time I didn’t know if it still existed. For 7 whole years I was banned from filmmaking after Squandered Sunday.

Do you know who exactly made the decision to ban your film?

No, I never found out.

What did you do when you were banned? Did your colleagues help you, or were they also put out of work?

It was hard to settle down after being banned from making films, but I finally found a job as a librarian. It wasn’t the same situation for everybody. Jiří Menzel apologized for the film in public and was allowed to shoot films after that. Kachyňa blamed Procházka for the script and was also allowed to continue working. With Schorm and Chytilova it was more difficult, their situation was more problematic. Chytilova for instance moved to short films. Actually, I was invited to Barrandov Studios where I was asked to withdraw my support for a petition criticizing 1968, approve the Soviet intervention in Czechoslovakia and apologize for my film, for which I would have been granted permission to continue working. But I didn’t, and neither did Vláčil, who arrived drunk at the meeting and refused to comfort their demands.

In 1977, 7 years later, I was invited by Kamil Pixa, the director of Kratký Film Praha, a short film production company in Prague, to make short documentaries for him. Pixa, though a former high-ranked Communist, had a good taste in cinema and did support people here and there, among others Vláčil, and was able to do so since comrades were afraid of him. I wasn’t a real employee, but at least this way I could make films from time to time. I hadn’t had an inclination towards documentaries before that, but this was the only way I could make films. Besides, since I was a free-lance employee, I could bring in whatever material I would like. Of course, until 1984 they didn’t let me visit Western festivals. It was in 1984 that I was allowed to visit the Short Film Festival Oberhausen film, and after that I could visit all festivals, but I did go to Cracow before 1984, winning a prize.

Not that I know of. I wasn’t able to work, but other than that I didn’t experience any problems.

When did you think about making fiction films again?

After 1989. In 1993 I made Fortress, based on a novel by Saša Kliment, whom I had known for a long time, and whose books were banned before ‘89. It was fairly successful internationally, and I personally think it’s my best film.

The film was also produced by Kratký Film. Pixa had left by then, and I was given to chance to make a fiction film. To me, it seemed like they were trying to repay me. 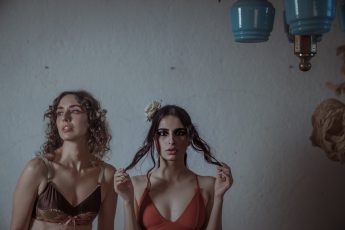