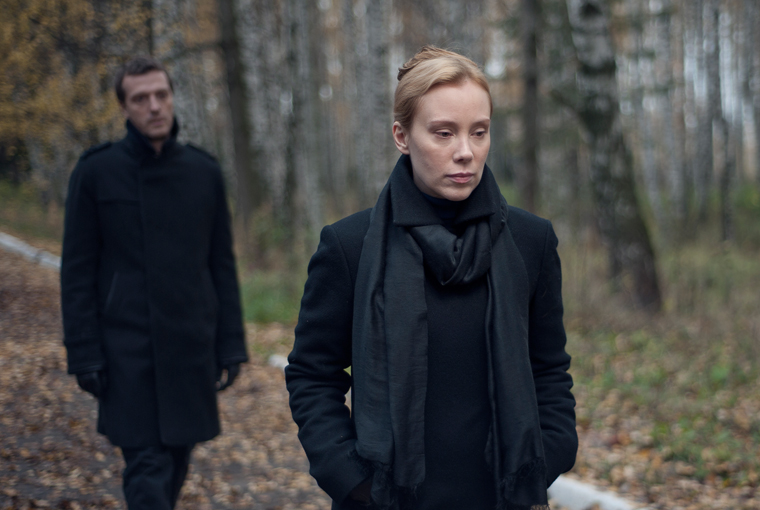 Kirill Serebrennikov has a background as a theater director. His 2006 movie Playing the Victim was a remake of Hamlet. In his new movie Betrayal, a young man goes to see a doctor for a random check-up. Although they don’t seem to know each other, the doctor, a young woman played by Franziska Petri, tells him that his wife is cheating on him with her husband. The man, played by Dejan Lilic, doesn’t know whether to believe her, and the first part of the movie is like a modern version of Othello, where the man is stuck between fear and paranoia. He decides not to confront his wife, and goes back to the doctor who, in order to make him believe, gives him a guided tour of the hotel where their partners are supposed to meet. Soon enough, the betrayed couple starts a relationship on its own, although it remains unclear whether they do this out of real love, revenge, or mutual sympathy for being in the same situation. Many other things in Serebrennikov’s movie remain psychologically undefined and consequently overly-mysterious. By the time we are sure that the doctor said the truth, the couple dies and the question whether it was murder defines much of the rest of the film. Again what we are really concerned with though are facts – did the doctor and her lover plot against their spouses? Is it all a dream?

Serebrennikov tries to combine two things that do not tend to go together. While psychology is all about causality (why?), facts (what?) are just coincidences. In the first scene, the overlapping of inner and outer world is already established. Just after Dejan gets the news about his cheating wife, a car crashes into a bus station outside the hospital. While it could just be a coincidence, the connection between the crash, and the psychological condition of having just found out that one has been cuckolded are not very far apart. And while it may be amusing to play with these kind of mental confusions, the director quickly loses our readiness to find genuine explanations for what is going on in the film. Facts disguised as psychological mystery are rather boring, and although people who systematically confuse their mental world with coincidences may be interesting to watch, the movie is not consequent enough to follow this track, instead drifting off into a suspense-thriller. This makes the movie appear undecided and confused.

To give an impression of some of this confusion: in one scene in a church, Petri gives her deceased husband a passionate kiss while lying. In the kissing scene, she wears a black see-through blouse and no bras; in another scene Petri eats sand, and later some of her husband’s beard hair that was left over in the sink. Is this kind of introjection process part of some trauma therapy? Is it part of some erotic perversion? It clearly doesn’t add anything Petri doesn’t already express in her play. Some facts, like whether she used to have a good time with her husband, whether she would have loved to see him die and so on would certainly have helped shape her character. Serebrennikov constantly doubles the emotional state of his characters with weird gestures, as if this kind of visualization would make them more complex.

But all this seems to be the fault of the screenplay. The movie’s photography is stunning, and some of it recalls the haunting blue tones of Zvyagintsev’s Elena. The performance of the actors is also convincing, especially that of Petri whose performance as doctor, betrayed wife, widow, lover is highly nuanced and controlled. 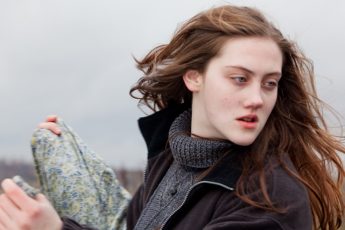