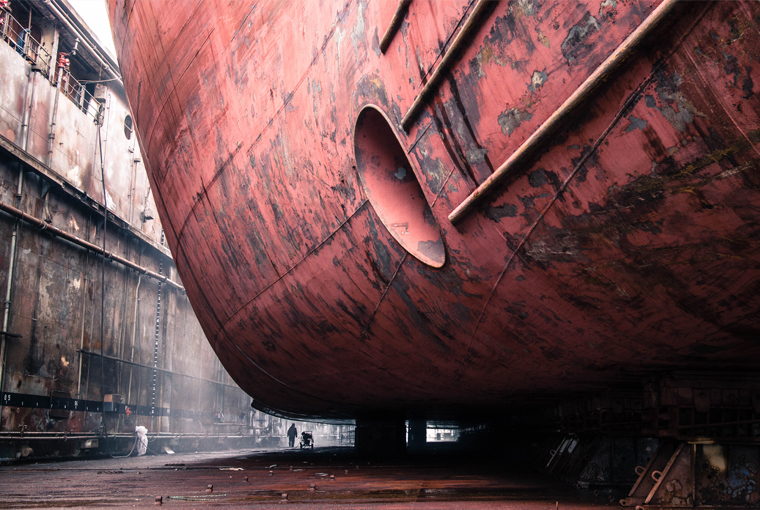 Having been laid off from his job as a factory worker, Hungarian-speaking Slovak Ágoston (Sándor Terhes) is restless. Seemingly motivated as much by quixotic dreams of daring do as by financial need, he heads north to start working at a shipyard on the Baltic Sea, removing himself from under the feet of his wife (Éva Bandor, a featureless character listed simply as “the wife” in the credits). After the promised job proves to be a scam, he manages to bribe his way into a position anyway, setting the scene for a series of bizarre encounters.

Thanks to the twinkle in Terhes’ eye, the character of Ágoston has a certain playful, boyish charm that arguably adds more character than the script otherwise deserves. Ignorant of his own ignorance, he cultivates an image of himself as a lone fisherman battling the sea on the strength of his experience as a hobbyist back on the lakes of landlocked Slovakia. Back in reality, he is fired once again after turning up to work late and hungover. Outside of the docks, he negotiates the language barrier imposed by his half-Slovak Russian to cultivate some kind of friendship with Gaida (Guna Zarina), a local character who frequents the dunes picking grasses for Lev – her pet rabbit, who happens to be taxidermized and missing his ears. Meanwhile, the news from home makes it increasingly apparent that his family can do perfectly well without him, as his wife rediscovers her social life and in true Freudian style his daughter Eszter (Judit Bárdos) no longer has time to talk to him now that she’s found a boyfriend. Whether out of wounded pride or unadulterated delusion, Ágoston splashes out on a fancy fishing rod and heads north in search of a better catch.

Given its premise as a film discussing a very topical issue in an off-beat way, Out offers a certain amount of promise that is shattered only too quickly as the story unfolds. Instead of functioning as an absurdist satire, it falls uncomfortably in the murky middle ground between engrossingly grotesque (the obvious comparison in this respect being György Pálfi) and the actually allegorical, resulting in a very banal “Crazy East” hodgepodge. The imagery offered in the various wacky vignettes is either irritatingly obvious, such as when Ágoston’s wife replaces his favorite armchair with a fig plant, or simply superficial and meaningless, as in the case of the naked drinking sessions or the wannabe Twin Peaks receptionist who obsessively tends his cactus. The film’s exaggerated caricaturization peaks with the Russian stereotype Dmitri (Viktor Nemets), a crass and volatile petty criminal, and his wife Anastasya (Ieva Aleksandrova-Eklone), whose plastic surgery is so extreme that she looks more like Donald Duck than Barbie.

The cinematography by Gergely Pohárnok is fairly successful in constructing an oppressive, alien sense of space with an expressive use of color (albeit one that also tends towards the excessive at times). However, this does little to inspire empathy for the characters, who, with the exception of Ágoston, are reduced to the absolute bare minimum necessary for use in the set pieces. Even in terms of the protagonist, while the film manages to convincingly evoke the experience of a naïve drifter with little idea of how to navigate life in a foreign country, it is ultimately difficult to retain much interest in his fate. Given the combination of the film’s episodic structure and the central character’s idiotic actions, there is little narrative investment in whether he actually manages to succeed in supporting himself. Moreover, the fact that he ultimately does through taking advantage of linguistic kinship with fellow Hungarian speakers also seems to imply a sense of factionalism, creating an idea of Europe as a land of disparate peoples begrudgingly forced together by economic pressure when in fact they would rather stick to their own kind. While there may sadly be a certain amount of truth to this statement, Out offers no form of critique or exploration, but simply reinforces these negative generalizations.

As his first feature film after graduating from FAMU, director György Kristóf can be afforded a certain amount of forgiveness for the lack of nuance and depth, and indeed there are signs of talent when it comes to establishing an atmosphere and an instinct for setting and theme. However, it’s unfortunate that Cannes chooses to perpetuate these hollow representations of the Wild East when so many other works that are either more entertaining or more eloquent are consistently overlooked. 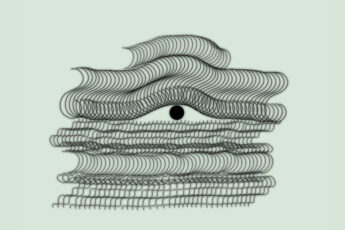