Iglika Triffonova’s The Prosecutor, the Defender, the Father and His Son (2015) 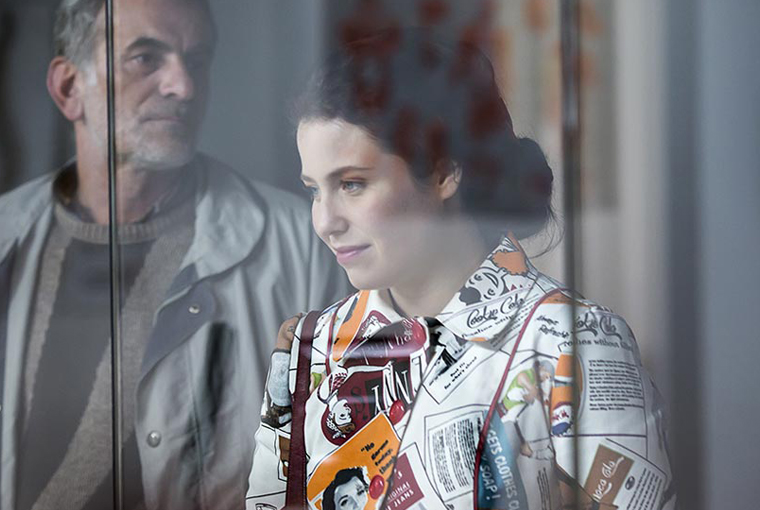 The fact that many new Bulgarian filmmakers have been debuting recently on the national and international scenes is definitely a good reason to celebrate, but when a veteran director succeeds in completing a long-developed project, the opportunity to see this film finished brings a different kind of satisfaction.

Iglika Triffonova is a household name indeed, with a career dating back to the 1980s and with deep roots in documentary cinema. Her first fiction film, Letter to America (Pismo do Amerika, 2001), dealt with national identity through the prism of rural rites and rituals. It was both a box office hit and critically recognized, restoring the faith in Bulgarian cinema. Her second feature, The Investigation (Razsledvane, 2006) follows up on her earlier documentary Murder Stories (Razkazi za ubiystva, 1993). It is one of the few psychological cop thrillers in the national film tradition, starring two of her favorite actors – Svetlana Yancheva and Krasimir Dokov.

The Prosecutor, the Defender, the Father and His Son, Iglika Triffonova’s latest foray into narrative cinema, is an interesting mix of her previous two features. The film opens at the Hague International Criminal Tribunal for the former Yugoslavia as a court drama with a pinch of dystopia, and continues as a hopeful ethno road-movie in Bosnia only to wrap up this sad tale of cross-border investigation and behind-the-curtains foul play back in Western Europe. Based on the true story of the Glogova massacre, where 64 Bosniak civilians were killed by Serb forces during the Bosnian war (1992-1995), the dynamic of the plot-line is clearly stated in its title.

Romane Bohringer plays French prosecutor Catherine Lagrang who tries to substantiate the charge that Milorad Krstic (Krassimir Dokov) acted as a commander during the Bosnian war. At the very last stage of the trial, when all seems lost, she summons a new witness (Ovanes Torosian), a boy who claims to have been ordered by the accused to commit war crimes. The Swedish defender Mikhail Finn (Fröler Sweden) does not deem the testimony credible and sets off on a journey to Bosnia to find out more about the mysterious witness. There he meets the boy’s family and convinces his father (Izudin Bajrović) to come to Hague, but the intricate intrigue which suggests that Western jurisdiction is simply politics-as-usual shuts out any hope of a happy ending.

All actors deliver superb performances, especially young Bulgarian hopeful Ovanes Torosian. The script plays out as a culture clash between the tender, natural, pure East and the cold-blooded, high-tech, calculating West, with the director clearly siding emotionally with the former. Therefore, some of the Western characters appear as cardboard figures painted with Balkan zest. Romane Bohringer’s prosecutor is portrayed as a classic Iron Lady, devout in Christian faith and citing Emily Dickinson to justify her own rigor. Given Bohringer’s resemblance to Charlotte Gainsbourg in this particular role, one cannot help but fantasize about a more nuanced, perhaps even kinky character.

It is interesting to note that, after travelling to the Tallinn Black Nights Film Festival and the Göteborg International Film festival, The Prosecutor, the Defender, the Father and His Son opened at the Sofia International Film Festival in March, where two other Bulgarian features directed by young women-filmmakers were selected for the International Competition section: Thirst (Jajda, 2015) by Svetla Tsotsorkova and Zhaleika (2016) by Eliza Petkova. These two films are completely different in terms of style and artistic intentions, but they both feature a wrathful matriarch. Svetlana Yancheva and Snezhina Petrova – two exceptional actresses with gravity, fully embody the gender frustration concentrated in their respective characters and films, even if this too condemns their parts to schematism of sorts.

In The Prosecutor, the Defender, the Father and His Son, the actual conflict turns out to be a confrontation between two father figures (or rather their legacies). The motivation behind the actions of both the prosecutor and the defender prompts sacrifices at the invisible altars of their predecessors, in the Catholic South and the Protestant North. This closing revelation manifests a subtler picture of the West as a whole, thus also putting the East in pledge. In this sense, the title of Iglika Triffonova’s feature is not a reference to Peter Greenaway’s The Cook, the Thief, His Wife & Her Lover (1989), but rather a fair play set-up inviting viewers to see that there are no heroes here, at least not in a Joseph Campbell kind of way.

That Iglika Triffonova is able to infuse so many layers of meaning into a simple drama is in part thanks to the help of her great team. Long-time producer and collaborator Rossitsa Valkanova (Klas Film) has once again bravely opted for an international co-production by inviting the Netherlands and Sweden to step in. DP Rali Ralchev, a frequent collaborator of Bulgarian auteur Ivan Cherkelov, successfully delivers the visuals for the ideological dualism underlying the film’s tenet. Editor Toma Waszarow and Production Designer Hubert Pouille also contribute to the artful and delicate storytelling, while Teodosii Spasov’s soundtrack is one of the film’s greatest strengths. The atmospheric tune of the kaval brings additional depth to sentiments we have seen on screen many times before.

If The Prosecutor, the Defender, the Father and His Son is an overdue Bulgarian take on the sense of collective guilt related to the war in ex-Yugoslavia, it is at also a timely reaction to the aftermath of this tragedy: on March 24th Radovan Karadžić, the ex-President of the Republika Srpska during the Srebrenica genocide, was finally sentenced to 40 years in prison.

Emil Christov on The Color of the Chameleon