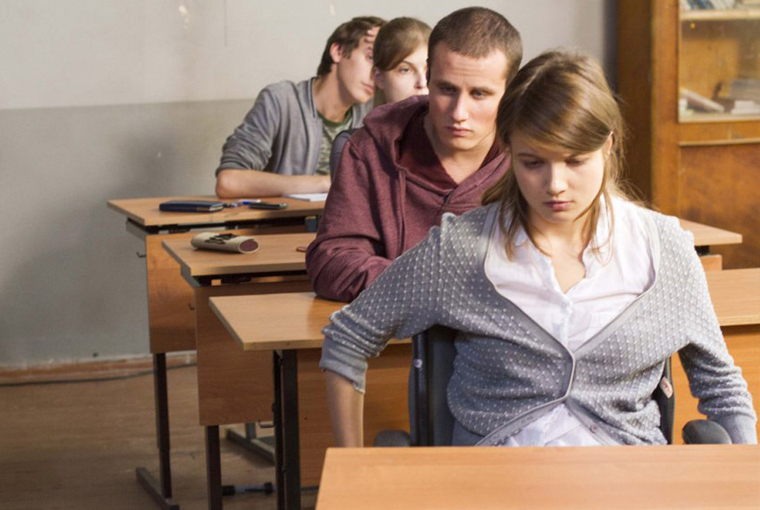 Ivan Tverdovsky’s drama Corrections Class is a beautifully made film about the schizophrenic nature of education in Russia. The film is based on the original book of Russian psychologist Ekaterina Murashova.

A young girl, Lena, suffering from myopathy, joins a classroom for children with special needs in a school in the Russian countryside. From the very beginning, the director makes it clear that this will not be a pleasant experience when the girls’ mother is scolded for bringing the girl to the school’s opening ceremony, which is apparently exclusively reserved to students of the mainstream classes. The girl joins the special classroom only because of her physical problems. She soon becomes part of the outcasts who spend their days close to the train rails at the outskirts of town. She develops close relationships, and even a love affair with a boy who seems to be suffering from epilepsy. Tverdovksy’s characters soon show intellectual and creative capabilities which far exceed the ridiculously low level of the courses the teachers impose on them.

Little by little the condition of being subjected to a violent master-slave relationship is creeping into every part of existence. As in Myroslav Slaboshpytskiy’s The Tribe, society’s outcasts and their families turn violent not only against others but also against each other. The most revealing moment of the film is when the film’s protagonist Lena is turned by the group into a scapegoat on which they would take out and reproduce all the rage and violence they experience themselves. As in the Tribe, this film depicts the mechanisms by which seemingly innocent victims turn into human monsters.

At the end of each school year, a committee decides whether the children are fit to be integrated in the regular classrooms. Once one of the students accomplishes this, there is no emotion or solidarity left for those who are left behind. One of the most breathtaking scenes of the movie is when Lena’s mother bends, on her knees, to clean the school floor after she is told by the school’s cleaning lady that her shoes (as well as her daughter’s wheelchair) ruin her hard work. This amazingly sad and true moment sums up the film’s point. “This floor, like this school was perfect before me and my daughter walked in”, she admits, again depicting the dynamics of interiorizing and projecting violence.

The acting is performed by talented young actors of Kirill Serebrennikov’s theater academy and the handheld shots – quick cuts – suck the viewer into the story without much detachment. The psychological reality that the film depicts, albeit its extremism, is true for most educational systems in the east and the west. Schools reproduce discrimination by separating students into good and bad, capable and incapable, able and disabled. The problem is deeply rooted in our society’s belief that success and progress cannot sacrifice time for those who can, in one way or another, not take part in it. Even if a big part of schools in Europe might not be as violently segregating as the one in Tverdovsky’s film, the principles and values sustaining the educational systems remain the same.

The film’s big disappointment, as in Lyubov Arkus’ Anton’s Right Here, is the effort that the director makes in the end, when he all of a sudden individualizes his story, which thereby loses its universal (or systemic) appeal. Thus, at the end of the film, after Lena has suffered unimaginable psychological and physical violence, she somehow turns into a suffering Christ figure, taking people’s sins on her back and turning magically stronger from the pain. This heavy spiritual ending will probably disappoint realism fans who would neither want to forgive or be comforted by a reality different to the one previously presented to them. First, the film was about a system, education, and about how exclusion leads to the reproduction of violence. The spiritual ending destroys the film’s incredible realism and proposes hope in a context where there is none. Leaving the film, one might think that the young director either forgot what his film was about or that he never really understood it in the first place. Indeed, the production process of the film indicates that its producers may have had the upper hand. So much for subjection! 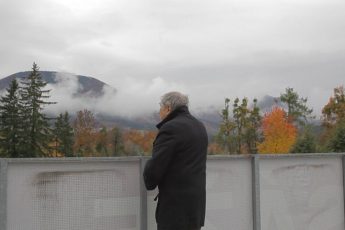