When the Raft Broke 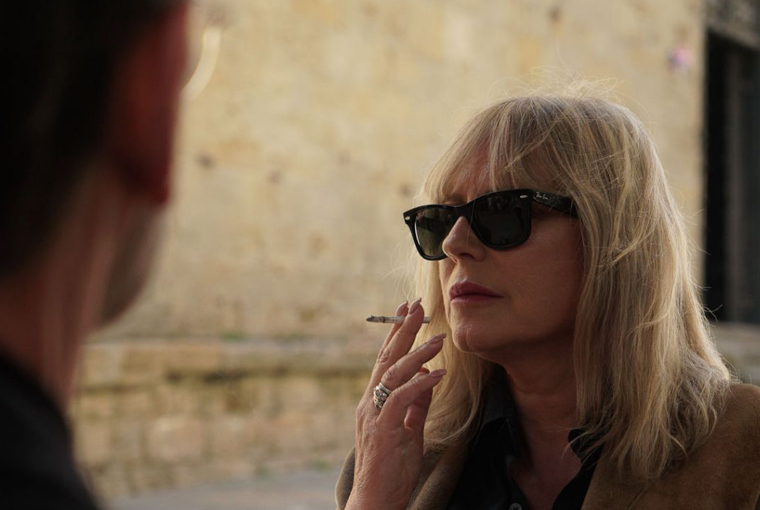 The last film by Jacek Borcuch I wrote about, All that I Love (2009), is set in Poland in the 1980s. It deals with a punk band whose poetic lyrics were rebellious on their own terms. If Borcuch’s passionate exploration of film’s capacity to divulge hasn’t faded, his style has matured, bringing more complex and multicultural characters to life in today’s precarious and problematic world. While some films that deal with wealthy foreign intellectuals are stiflingly pretentious, all show and little substance, this elegant art-house Italian-set drama is full of soul.

Poetry is once again a central theme to Borcuch’s latest offering. The protagonist of this film is Maria Linde (Krystyna Janda), a Nobel prize-winning Jewish poet of Polish origin. She is quite another kind of punk poet – a grandmother and a successful expatriate who doesn’t seem to have lost any of her belief in the possibility of a more harmonious world. We first meet her at the beginning of the film at a charming Italian huis clos to celebrate Linde’s 65th birthday. She is sophisticated and dressed all in white, but we are immediately introduced to her playful side as she chases her grandchildren around the house. She throws a sultry glance at her young Egyptian lover (Lorenzo de Moor), who is making a delivery, and kisses her grandson on the head before being introduced to a journalist from Le Monde and beginning to speak to him in perfect French – switching effortlessly between her roles as mother, seductress and intellectual. Janda, who has starred in films of both István Szabó and Krzysztof Kieślowski, is incredibly captivating, a kind of Polish Gena Rowlands.

Linde will soon receive an important poetry prize and her daughter and grandchildren have come to celebrate with her, along with her sweet-tempered husband. Shortly before the ceremony, there is a terrorist attack in the city of Rome, and hundreds of people die – tourists and Italians alike – in what we are led to understand is a place of worship. “It happened in a place of God”, the mailman deplores.

The poetess chooses to go to the prize-ceremony anyway. In her speech, she explains how her life was shaped by being the daughter of two holocaust survivors, and then goes on to discuss the recent terrorist act in Rome. She explains the artist’s fascination with death as a possible key to reading what happened, going on to suggest that the attack in Rome could be understood as a work of art. Though she elaborates on her position, denouncing refugee camps and Europe’s decline as a whole, the damage has been done, and she will not be forgiven. Even if this speech is given by an intellectual rather than a politician, it is taken as a political statement, and so all hell breaks loose. Her daughter, who serves as a moral compass throughout the feature, is angry and speechless, asking simply, “How could you say it’s a work of art when people died”?

The scenario, co-written by Borcuch and Szczepan Twardoch – the latter better known in Poland for his dark historical novels than for his film scripts – is carefully crafted to reveal a complex woman who is compassionate and loving but also stubborn and polemical. The light, often funny scenes between her and her family make the darker moments of the film especially alarming. Her views are unpopular with her family and admirers. One can observe the cinematographer taking a physical step back from her when after her speech he switches from close-ups to mid- and long-shots.

The film draws intense comparisons with another expatriate poet in Italy – Ezra Pound. The American poet was another “idealist” and his political inclinations are well-known. When he moved to Italy in 1924, he embraced Mussolini’s fascism wholeheartedly. Ezra Pound first turns up near the beginning of the film when Linde’s son-in-law – an artist – explains his latest project for the charming city of Volterra, where the film is set. Linde’s son-in-law is planning to set up a cage in Volterra’s town square which is reminiscent of the one where Ezra Pound was held in an American interment camp in Italy during WWII. Looking back at the film, I felt that its weak spot was its ending, in which (spoiler alert!) Linde herself is locked up in that same cage in the town square. Though the comparison with Pound’s position and legacy is fascinating and essential to the story, I’m not convinced as to this overt display of the Italian people’s poetic justice.

At its best, the film is bright, snappy and clever. When Linde turns up at her lover’s house in a new open-top silver Porsche, she tells him, “You see, there are some benefits to old age”. He leans in slightly and ripostes, “White old age”. Everything about the pair is different – she is old, and he is young, she is rich, he is poor. He will teach her about another poet, Persian Omar Khayyam, who was also a mathematician and astronomer. Khayyam’s astounding early breakthroughs are revealed in soft, generously intellectual banter between the two lovers. Their breakup scene takes place on the beach, after Nasser’s bodega has been burnt down by some locals after the attack. It’s a windy day and they stand close to rather than opposite of each other, the camera helping to create an enticing chemistry between this foreign couple. They both speak an accented Italian, but while hers is the Italian of the Società Dante Alighieri schools and likely the Villa Medicis, his is an Italian learnt through work in restaurants, travel and deal-making, lending complexity to an already complex situation.

Dolce Fina Giornata premiered at Sundance in 2019 to somewhat lukewarm reviews. But while Borcuch humbly thanked Pawlikowski for the reread of his script in a Cineuropa interview, his films are above his Polish contemporary’s in both message and style. Unlike Pawlikowski, whose Cold War and Ida were both instant hits loved by critics and the public alike, Borcuch’s films are slow-burners. Their gradual, non-pretentious build-up leaves a lingering warmth to be pondered at the end of the day. 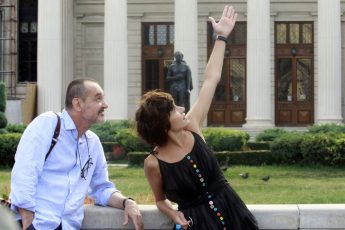