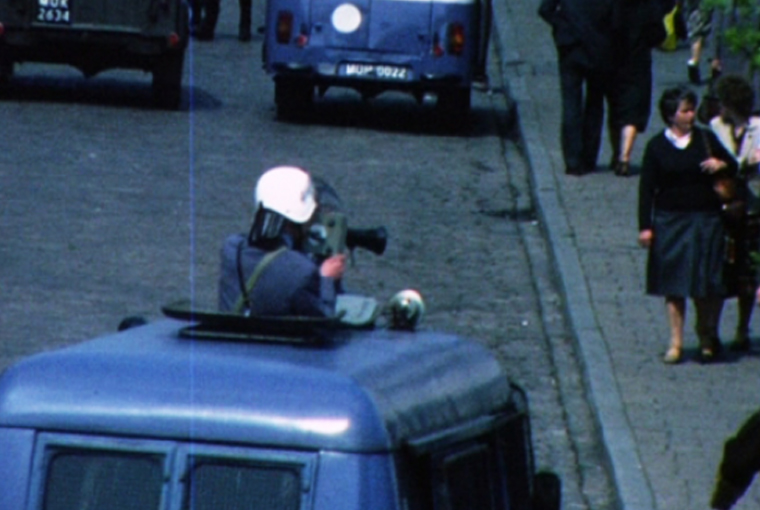 Jacek Petrycki’s documentary My Notes from the Underground is like a making-of of civil disobedience. The film is composed of archival recordings of the underground activities of pro-democracy movements like Solidarność, that had to recede from the public sphere because of martial law in the early 1980s. The video material was clandestinely collected from 1982-87 by Jacek Petrycki, Bohdan Kosinski and Marcel Lozinski and shows the everyday life of oppositionists, most of them bearded thirtysomethings. In the beginning of the film, their revolutionary activity looks somewhat helpless and is limited to discussions about how difficult it is to hide. In order to have a meeting with a fellow revolutionary, one man drives around the entire city, changing cars two times to get rid of potential followers. The film quickly loses this spy-film aura, however, when it becomes clear that the activist’s network is not limited to a sizeable bunch of highbrow zealots. In addition to a printing press, the underground operates a radio station. In one haunting scene, it even manages to hack into the TV network and display the word Solidarność over publicly broadcasted news. Scenes from a press conference, in which Solidarność activists Zbigniew Bujak und Kondrat Belinsky reveal the electoral fraud of 1986, and repetitions of an underground theater play by Andrzej Wajda, make it apparent that the movement’s infrastructure left few parts of society untouched. Indeed, the film ends with children collecting stamps of Solidarność leaders, one of them bragging that he got six Walesas. In an interview, Petrycki mentions that the broad social support for the movement could also be seen by various call-to-actions such as when the inhabitants of the Ursynow district in Warsaw were summoned to simultaneously turn on their lights.

Petrycki has said in an interview that the intention behind these recordings was both political and historical. The immediate political motivation was to inform the West about what was really going on. Since the status of the activists was blurred by propaganda that illustrated them as terrorists, it was essential to ascertain that resistance against political oppression was still a national concern. Historically, the material also provided evidence: “I knew that something needs to change, but I thought I would not live to see it. I shot the materials with the hope that maybe someday my kids will see them”, Petrycki said in an interview for Newsweek. Filmmaker Agnieszka Holland, who supplied Petrycki with filmmaking equipment from abroad, encouraged Petrycki and his associates to film because she thought that their footage presented important historical proof. This testimonial aspect of the footage may be linked to the historical whitewashing of previous resistance movements like the Warsaw Uprising or the Poznan protests of 1956.

As with many resistance movements, however, the importance of evidence is also conditioned by the fact that public support is often limited to passive sympathy that is hard to make apparent. It is easy to provide evidence of a worker’s strike, but much harder to prove the solidarity of those who did not take part in it. Although the underground Solidarność structures were, as can be seen from Petrycki’s movie, still quite operational, many members left the Union in the early 1980s for fear of illegal activity. The major social support thus became largely symbolical. This can be seen in Petrycki’s film on almost every occasion, with stamps, theater play, pamphlets and even conversation replacing real political action. Of course, the symbolic nature of the underground movement provided an important source of hope and national unity. But it would have been interesting to see how the endeavors of the most active members in the underground were received among the more passive, general population. Were people closely following the activities of the underground, or where they afraid? How did former members feel about the movement? Were they disillusioned or secretly hopeful? The tragedy in Petrycki’s recordings lies in the fact that they are notes, that they will never fully function as evidence because symbols, unlike deeds, are inactive by nature, granting, like the many resistance songs in the film, only comfort and hope. 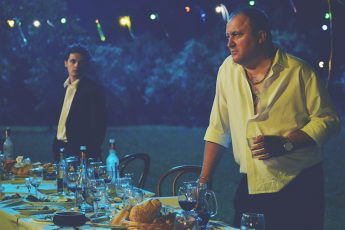