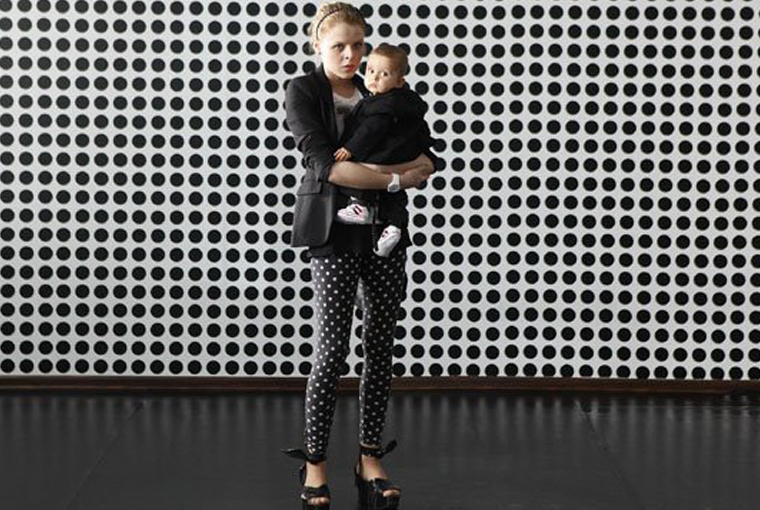 Baby Blues (2012), is the second feature by Polish filmmaker Katarzyna Roslaniec, screened last month in Rio de Janeiro’s International Film Festival. This film is yet another portrayal of adolescence in capitalist Eastern Europe. In the case of Natalia, the 17-year-old mother and main character in the film, the portrayal is blue, not in the sense of the color but it the sense of depressing and sad.

Natalia was neglected by her mother as a baby and she is in a difficult relationship with the immature Kuba, her baby’s father. Although she tries hard to be a good mother and loves her child, her teenage immaturity is apparent. She likes to party, to have the best clothes, and to work in a trendy shop. Her baby is, accordingly, more like a doll. Caring for him means dressing him fancifully. Kuba, in his turn, also tries to be a good father but is dependent on pot and his parents leave him little room for fatherhood.

When the beautiful Martina, who becomes Natalia’s friend and roommate – the friendship may only be an excuse for Natalia to find a babysitter –, enters her life things change. Martina introduces Natalia to a different lifestyle: she cheats on her friend by taking a job at a fashion boutique – where she is subjected to sexual abuse –, and starts doing heavier drugs. At home, Martina’s life still looks like a teenage dream.

Contrary to one’s expectations, this movie doesn’t focus on the hard life of a teenage mother dealing with poverty. Natalia may not be rich, but her mother leaves her alone in a good-enough apartment that the girl doesn’t manage to take care of. Kuba’s parents are also from a middle class family – this is a new image of Poland that is not very frequent in films about troubled youth, namely, that of well-working capitalism. But is it really working that well?

Natalia’s promising lifestyle ultimately leads to tragedy. In order to get the job at the boutique, she conceals the fact that she has a baby. Unable to find a babysitter – Martina has other interests and is out of reach –, or a daycare, she foolishly puts her child in a bag and hides it in a train station locker so that she can go to work. Kuba finds out and tries to rescue the baby only to find him dead. In the final scene, Kuba visits Natalia in jail. She says she wants another baby. Now. So they have sex.

The movie depicts a world in which human beings are disposable. Natalia was so involved with herself and the idea of a lifestyle sold by the new socioeconomic reality that she blindly lets her child die. She tries to cure her baby blues with consumption – of clothes, of drugs, of her own abused body. A mistreatment that has tragic consequences, at least for the child. But the disposable being can soon be replaced with a brand new item. 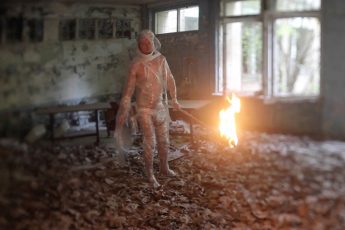 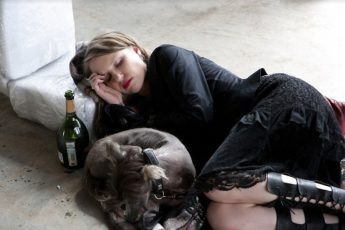