If Only It Were Light 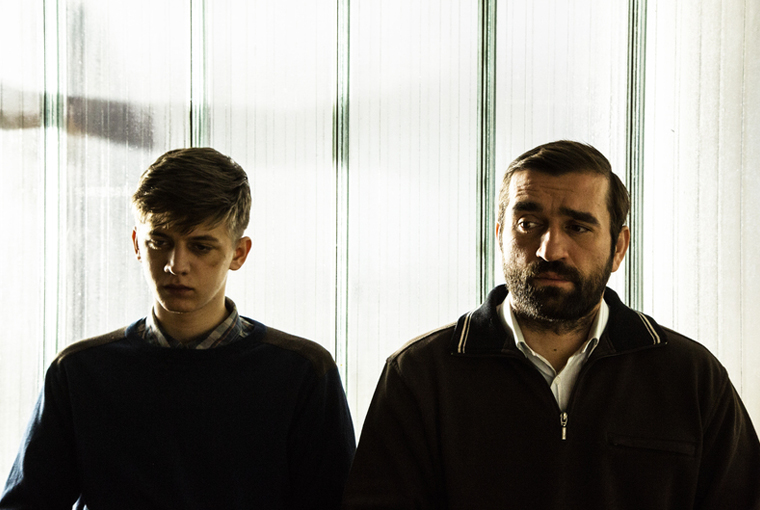 Life is bleak if you’re male and based in rural Slovakia. Thus is the premise of Marko Škop’s Let There Be Light, which is only half as problematic as what the director ends up doing with it. For what is framed as a reflection on modern masculinity and life on the fringes, in fact turns out to be a (hopefully unintended) vindication of its cliched forms of sublimation in the Wild East. Guns, mobbing, sexism, nationalism and religious fundamentalism only seem too decent when supposed to present the last hope of escaping physical and sexual abuse. Resorting to images whose vividness has fully been graded away and whose only feasible interpretations stand like a sign-post (to misuse a Wittgensteinian phrase), Škop presents a story of confirmed clichés whose single chance of surprise lies in the degree to which it is willing to embrace the supposed truths which lie open before our eyes.

The problems begin in minute one, when we see Škop’s protagonist Milan (Milan Ondrík) exchange a few clumsy words with his co-actors, who are unable to make up for the damage he does to the story. Milan represents everything that is wrong with the world both textually and meta-textually speaking: he is introduced as a smug, phantastically naïve family father who is somehow able to navigate the situation of having to support his family in Slovakia from Germany with utter satisfaction and even pleasure. If it weren’t for his habit of smoking cigarettes (lo’ and behold his moral decay!), he’d be in full agreement with his principles and the world, sharing love and gratitude where the world clearly warrants him neither. Worse yet, from a meta-textual standpoint, he represents a sorry type of man who blames everything that does ultimately happen to him (later on, as the film progresses) on his upbringing, and who tries to overcome his obstacles through guns and violence. And if you think the film would now hint at, nay surmise the utter debility of his being, then you haven not yet taken to heart my initial observation that whatever consideration the film departs from, is outdone in its inanity by what Škop makes of it. And that obviously raises (if it does not already answer) the question if Škop is not in some way sympathizing with the macho posture that many men respond with when facing the limits of their intellectual, professional, and moral potency.

The story evolves when Milan returns home over the holidays and realizes that things do not go as smoothly as he had expected. At first, the alarm bells don’t seem to ring because the misgivings of his wife concerning their elder son Adam’s behavior seem exaggerated and vague. But soon we learn that Adam (Frantisek Beles) is really associated with some very serious trouble, i.e. the suicide of a classmate. The classmate’s parents believe that their son’s death was caused by mobbing at the hands of a gang of jocks Adam belongs to. For a good part of the movie, Škop has us believe that Adam has nothing to do with the mobbing – yes, he may have been a passive by-stander, but to engage in acts of physically and sexually abusing a class-mate would go beyond his capabilities. Like any teenager, Adam does not find particular pleasure in hanging out with his parents, but he is a good boy and does even partake in family gatherings (all of which involve cringe-worthy dialog and jokes). But when it turns out that Adam did indeed have something to do with the horrific acts themselves, we are immediately informed that he was himself mobbed by the gang that initiated the spiral of submission, and that his participating in the abuse of his classmate was thus his only way of escape. In an ironic way, it is thus precisely the banality of evil that is justified with full force by Škop’s story of suspended redemption, first in relation to Adam’s questionable life choices, and soon also to those of his father Milan. For whenever we are informed about an aspect of Adam’s or Milan’s moral limits, the story instantaneously provides us with reasons – emotional and pragmatic – for the respective action on the one hand, as well as narrative pressures to redresses these limits on the other. In consequence, we are not only uninclined to reflect on any of Adam’s or Milan’s wrongdoings, but in fact cognitively unable to do so because any such efforts are squeezed by rationalizing explanations for these actions and the depiction of the sorry attempts of close ones to repair them.

If this sounds like the perfect illustration of Catholicism, note that Catholicism – for all its inflationary referral to forgiveness – at least reflects on the nature of wrongdoing (if in the hardly problematic terms of sin). But there is no aspect of male aberration in Škop’s film that is not granted instantaneous rationalization – not even Milan’s brilliant pedagogical efforts involving guns and knuckles. In one sense, this is a perfectly consistent continuation of the general tendency in both Czech and Slovak cinema of approaching any topic, however problematic, from a maximally sympathetic and human tendency. (The problematic premise being that, if say Nazis can be shown to be human vis-à-vis their family members and pets, their way of being cannot be that wrong, when clearly it is constitutive of such fascism to think in tribal terms, that is to only treat a certain class of beings as you would your mother, child or friend.) In another sense, however, I believe that Škop’s film holds a very special kind of danger, because its effort is not sympathetic and emotional (the universal applicability of which is indeed important, if only in principle and not with the supposed implications I just sketched), but purely rational. Rather than having us feel with or at least feel for Milan and his family, the director keeps the audience at a safe distance through ironic detachment, recurrent humor and general formulaicness, throwing in empty phrases where we would wish for tears and blushes. (The degree to which Škop manages to replicate middle-class tropes in a film that pretends to expose poverty and destitution, is another twisted idiosyncrasy of Škop’s universe whose analysis would require a separate article). Škop’s film drives home the point that behind every masculine perversion, there is a reason, when clearly the question should be if there are good reasons behind those perversions. As rational beings, humans don’t struggle to justify actions to themselves. The question is if the justifications individuals give themselves also suggest themselves to others when these others are confronted with their fates. In Adam’s and Milan’s case, the answer is clearly no. 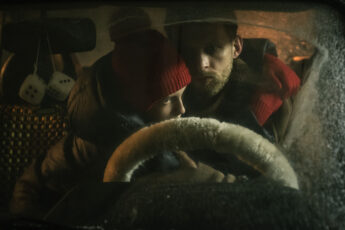 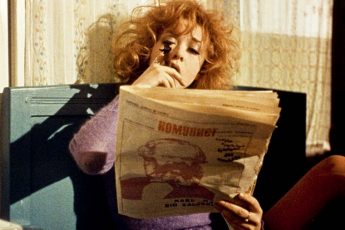