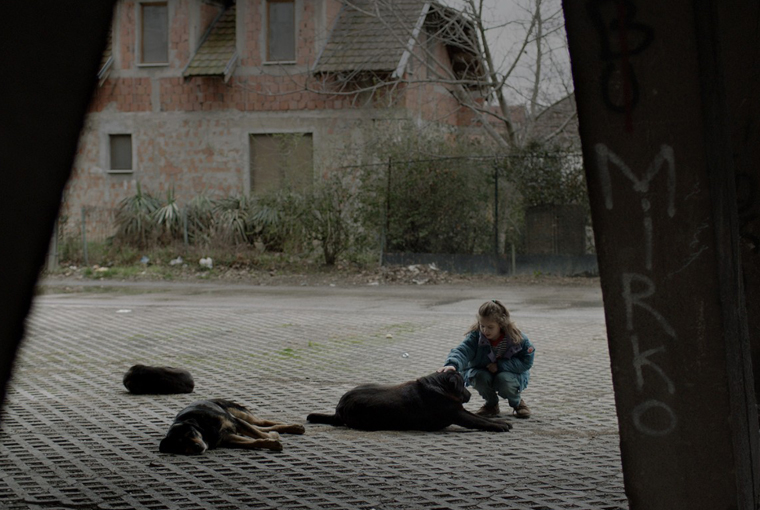 The director and scriptwriter of Celts, Milica Tomovic, is now about the age her parents would have been in 1993, but in that year she herself turned eight, just like the family’s youngest child in the story. This puts her in a position to illustrate the events unfolding in (ex-)Yugoslavia that year from a myriad of perspectives. She writes both the children and the adult characters in her film very credibly, giving each a rich inner life, revealing their personal triumphs and frustrations. Celts centers around a family in 1993 Serbia. Against a troubled political background which is spoken about only by the adults in the kitchen, family life goes on as usual with a joyful children’s party at the center of the story.

Minja, her teenage sister and their parents live in a big house in Belgrade, Serbia. The film centers around the eighth birthday party of Minja, whose mother has taken on the responsibility of organizing a teenage-ninja-turtle style party for her daughter and her daughter’s classmates, while at the same time inviting her own close-knit group of friends to join the party with an evening of drinking and heated discussion. The story switches between different perspectives. There is the adult group, which includes a lesbian love triangle, and a gay couple, one of whom is Marijana’s brother. And there’s the children led by Minja, the teenage daughter of Marijana who sulkily stays in her room, and finally the younger cousin of Minja who is about four or five years old. He is the thread which knits together the different groups which are very much stuck in their own worlds.

A number of independent nations – among them Slovenia, Croatia and Bosnia – had all recently left Yugoslavia, leaving just Serbia and Montenegro in what was left of a once extensive federation. The people at the party seem apprehensive but not fearful when it comes to the political situation: their arguments are tinged with frivolity, and they often digress into long tangents about their love lives. Amidst hints about rapid inflation and economic crisis – they drink whisky which had to be smuggled into the country because of sanctions – and angry mumbling about Croatians, life goes on as per usual. Marijana, the mother, is sexually frustrated and her husband is unable to satisfy her anymore. The ex-girlfriend of Ceca, Marijana’s best friend, has brought along a new love-interest and it’s causing gossip in the hallways. The homosexual couple are planning to move to the Netherlands because the political situation has left them feeling too nervous.

Milica Tomovic works this imagined sexual and social life of her parents into the film with verve and style – holding nothing back. The opening scene, which sees the mother of the family masturbating, is exquisitely shot, as the camera moves up between her legs as if in a biology video, then just hovers suggestively between the sheets and her vulva – her pale flesh palpating and erotic against the white sheets. In another scene that would rival Pedro Almodóvar or John Cassavetes’ portrayals of libidinous women, Marijana leaves the party in exasperation and walks alone in the suburban streets at night. After some wonderfully sensual cinematographic close-ups of urban nature, she finally finds a man who she has sex with in the middle of a suburban street. The passionate sequence is all the more fun to watch as we’ve just seen Marijana’s husband bellyaching to her brother in the garden that he doesn’t feel desire for her anymore because of her short haircut and her self-sufficient attitude. The fact that about half the adult characters are queer is never mentioned in the film, and this makes us wonder if Serbia was particularly modern at that time. A more likely theory is that the director didn’t want to make a big deal of something that was already accepted among that particular group of friends – whatever the exact situation was in society at large. It’s certainly pleasant to watch a semi-historical film with multiple gay characters at the forefront without it being addressed as an issue.

Despite the romantic spats, sexual tension and whispered worry about the political situation, this is essentially a feel-good, happy film. The characters rub along together so well that it seems as if they’d been friends for years, that somehow we’re witnessing a real tight-knit group of family and friends. The references to pop culture, Jean-Claude Van Damme’s Bloodsport and the overriding theme of the Teenage Mutant Ninja Turtles, anchor us in a children’s world (or its illusion), in which relative happiness is found in little things. As for the adults, they display their own, bigger fears, but as one friend says after a more heated argument: “We are all Celts anyway”. Taking such a large and ancient collection of tribes as a starting point for the question of who we are now is really just another way of saying that we’re all human. The title of the film is thus a tribute to the togetherness that it embodies. That this may appear as a naïve gesture, makes it all the bolder of Tomovic to commit to it. 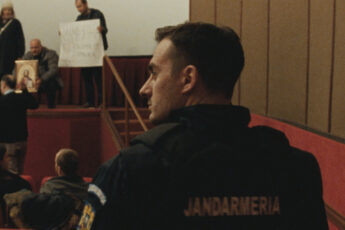 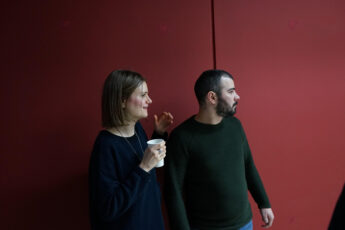