“Soldiers Without Ammunition Are No Soldiers” 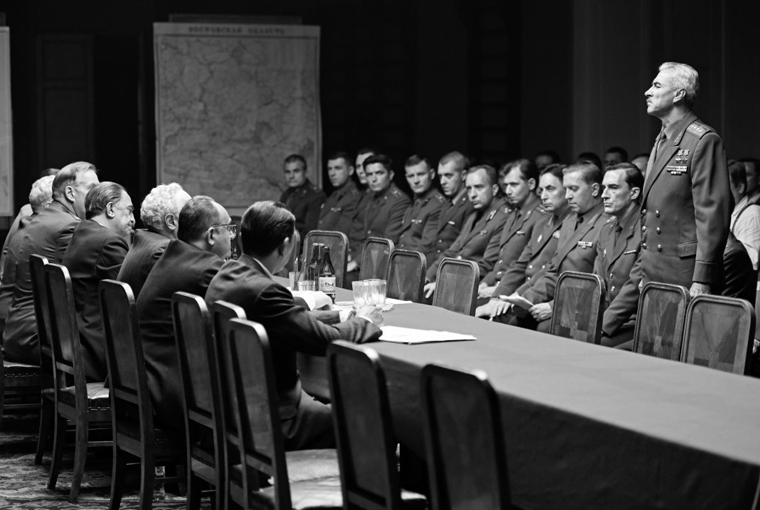 Konchalovsky’s monochromatic vision of the Novocherkassk massacre is an unstinting retelling of a tragic piece of (Soviet) Russia’s history. The dramatization of events is emotionally weighted by a narrative that follows one woman’s daily routine on the fateful day the local riots unfold. Dear, Comrades! is an angry and incriminating text that channels other canonical Soviet cinema such as Kalatozov’s The Cranes Are Flying and Eisenstein’s October and Battleship Potemkin. Importantly, these films act as both documents of the past and lessons for the future. They are world cinema at its finest.

It is June 1st 1962, and the district of Novocherkassk is at unrest. The central committee have promised that the temporary tightening of their belts will lift the general standard of living to heady heights. But with evermore limiting supplies, the price of rations rising and the potential decrease of wages, socio-political tensions are reaching breaking point. The people are beginning to doubt the viability of Communist rule and worry another famine lies imminently ahead. When further “temporary hardships” are finally realized, the locomotive plant workers cease production and go on strike. Moscow quickly intervenes and sends the KGB security division to aid the military protection of government officials. On June 2nd, over 5,000 protestors from neighboring regions march into Novocherkassk to support the strike but are met by a violent retaliation by KGB snipers. Chairwoman Lyudmila is a witness to the carnage and spends the next two days searching for her lost daughter Svetka in the hope that she has either been hidden away, or fled the district completely for her insubordination prior to the riot.

The calm before the storm: an establishing shot frames the government headquarters high above the town square. The ornamental building sits perched on a hill, keeping its watchful eye on the inhabitants below, center stage. Inside an apartment, a summer breeze wafts through a hallway, rippling the window curtains. Sunlight beams steadily through a doorway ajar. A lone, early morning cyclist rides through the empty square as a truck cleans the ground. Our protagonist awakes from slumber, last night’s dinner left unattended on a chair by the bed. This short sequence is illustrative of the patience with which the film garners momentum. It is a slow and sleepy wind-up that teases and anticipates what will be an abrupt and tragic development. From the very beginning, Konchalovsky is already exercising his masterful rhythm at storytelling. These shots and scenes of equilibrium – this world of normalcy on the brink – is about to become a very alien and forgotten memory when things start to dramatically unfold. The ominous signs quickly emerge: sirens wail, telephones ring, microphones crack. As the rabble of the protesters’ rage increases, guns are cocked alongside the rising rumble of approaching tanks. Once the strikers break into HQ, the attack on the townspeople is brief and brutal. Bystanders of all kinds are slain, milkmen, hairdressers, grocers. The lifeless bodies are removed from the square by the police, but their discarded shoes and hats remain. The same truck sprays its hose to wipe the bloodstains from the cobbled ground.

One of the film’s crowning achievements can be found in its monumental sense of atmosphere. The district of Novocherkassk is rife with eavesdropping neighbors and mandatory morale reports. It is a community of Chinese whispers and in a permanent state of paranoia and urgency. Konchalovsky builds upon layers of dread with his village of the damned, grasped by a crooked nation constantly looking over its shoulders. The spectator searches for sincerity and two-facedness among the characters in order to determine whether these encounters are friends or foe, devout party members or dangerous activists. It is an odd and uncomfortable feeling participating in an already strict surveillance environment as a spectator. Distrust and misdirection are the main catalysts of the narrative, thrusting high tension scenarios into scenes of chaos and panic. Mistakes are blown out of proportion when a city is at its boiling point and this town is no exception. Cut off from the rest of the country, curfews are set, roads are blockaded, radios jammed, phonelines tapped, letters read, and train services halted. Under government decree from Nikita Khrushchev, Novocherkassk is sent into lockdown in an attempt to stop news spreading across the borders where similar uprisings may occur, regardless of the basic human rights that may be lost by enforcing such rules. In particular, there was the “pledge of secrecy”, a legally binding waiver that all soldiers, doctors, and nurses were forced to sign in a bid to cover up official death toll volumes on the events that took place on June 1st and 2nd. This oath of silence, if broken, was punishable by law under penalty of death. It was also rumored that even wounded survivors would not leave the hospital premises as a result of the merciless and fatal hands of the KGB.

After the massacre, the hospital is littered with the bodies of the dead who are unceremoniously dragged from room to room so that friends and family may identify their fallen loved ones privately. When Lyudmila can’t locate her daughter at the hospital, she turns to the morgue where she uncovers that soldiers from outside of the region have been stealing victims and stowing them in other graveyards outside of the city. At one of the sites, she desperately digs through freshly disturbed gravel, even after the grave digger has already identified one of the buried as Svetka, matching her photograph with blue ribbons in her hair and her exposed toes, poking through her socks. Defeated, drunk and broken, Lyudmila looks introspectively back to her grandfather’s nihilistic ideology and sympathetically questions her own once unshakable Communist beliefs. Miraculously, Svetka is found back home unharmed on the rooftop of their apartment building. She embraces her child, who was once considered an “ignorant victim of instigation” by her mother. Emotionally distraught, Lyudmila looks ahead as she strokes her daughter’s hair. Her expression is one of concern rather than relief. The road ahead is uncertain and unpromising for Svetka in the current climate and her daughter asks how they will ever manage. As if realizing at that moment the socio-political significance of the past two days, she simply says: “we will be better.” 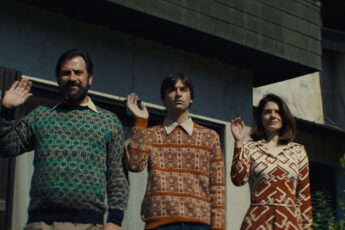