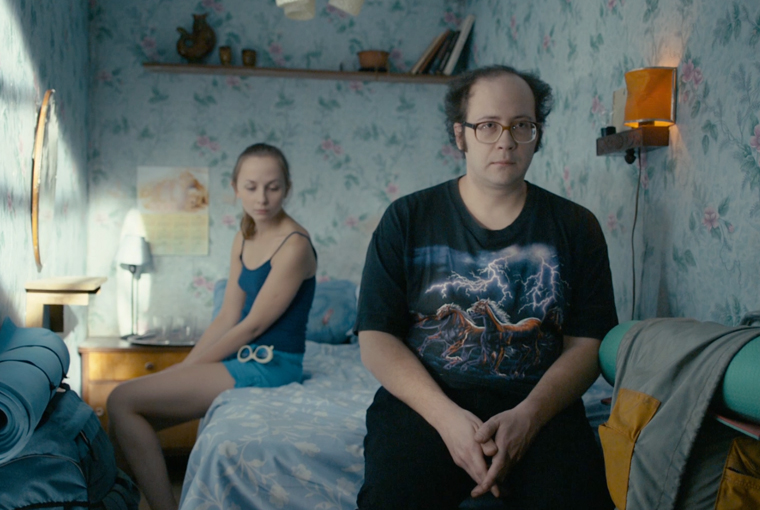 Chapiteau-show may be the most untypically Russian film to come out in years. It neither resembles one of those spiritually drenched films about characters in the search for the meaning of life; nor is it close of becoming a naturalistic drama about crooked cops and suburban violence. Chapiteau-show is colorful, and chaotic; there are musical interludes, and dances; characters dress up, or go naked. Chapiteau-show is unorthodox. But despite its almost four-hour length, the film is remarkably straightforward. There are four stories entitled love, friendship, respect, and collaboration. Each of these stories is about a young man trying to find more of the category that gives his story a title, but they end up where they began. What they were looking for was an illusion. Each episode closes in the circus called Chapiteau-show, where the protagonists are invited to give a show, and meet again – in a sort of therapeutic ritual – to acknowledge that the world is made up of theatrical tricks, dreams, and fantasies.

In the first part – love – Aleksei (Aleksei Podolsky), a balded gamer, goes on vacation with the beautiful actress Vera (Vera Strokova). Having only met on the internet, they try to get to know each other, but it quickly turns out that they are too different to match. In the second episode – friendship – a deaf baker leaves his deaf friends behind to join a group of boy-scouts. He wants to prove to himself that he can also hang out with people that are not like him. But his new friends have a different idea of “friendship.” Some of them turn out to be lovers, so when his old friends swear true brotherhood he begs on his knees for them to accept him again. The third episode – respect – is about a son’s relationship with his father. The depressed son, Petr Nikolaevich, tries to impress his father by going on a venturous hiking trip with him. But he doesn’t make it all the way, breaking off the trip during a hunt in the woods. A producer is in the midst of the last episode – collaboration. Sergei wants to make money with so-called “ersatz-stars.” But his idea fails when he hires a carpenter to represent Victor Tsoy. In the end the carpenter is hired by the Chapiteau-show, and the producer left off without ideas, stars, or money.

Chapiteau-show shows how people are unable to significantly change the specific environment they live in. The irony of the film is that while in each of the four episode someone sets out to go on a road-trip to find a meaning in life, the only meaning presented to him at end of the trip is right where he left off. The film’s four variations have a clear message. It doesn’t matter who one wants to be. It is who you are that matters. The encounter with the young men’s desires and dreams shows them who they really are. The deaf baker is only forced to think about friendship when he sees how other people behave that also define themselves as friends. But instead of holding on to his dream or destroying the dream of others, he simply appreciates his own reality. It is this notion, that makes Loban’s film so unique. It may have parallel realities as a plot subject, but not as as moral suggestion. 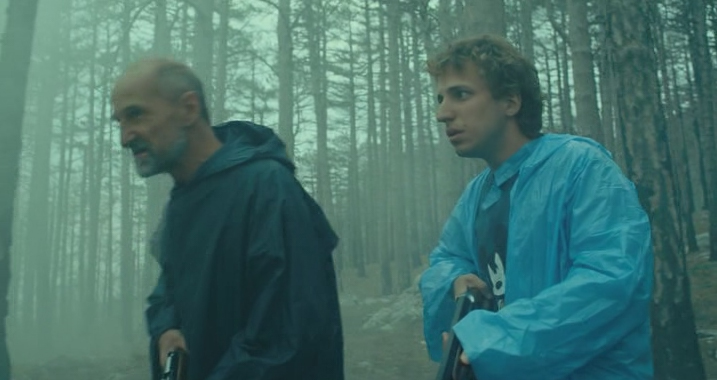 Birch trees in the episode – Respect

I recently wrote an article on how birch trees, in Russian cinema, represents spiritual longing, the search for truth, peace and harmony. There is one scene that takes place in a birch tree forest in Loban’s film, too. It is when Petr, in the respect episode, decides to abandon his father and his wish to impress him. One could say that the choice of the birch tree forest for this particular scene is ironic. Whereas in most Russian films, like in Zvyagintsev’s The Return, or Federochenko’s Silent Souls, the trees underline the spiritual force of the characters dreams, Loban turns the signification around and makes his character’s dream die in the same setting. But the point is, in my opinion, not to provide an anti-metaphor, or to deconstruct the symbols of Loban’s cultural forefathers. Loban acknowledges the artistic meaning of the trees. He doesn’t deny that dreams for peace and harmony exist. Indeed, the motivation for Petr to impress his father is similar to the narrative of Zvygintsev’s The Return. This film is also about the relationship between two boys and their father, and a voyage the three make into wilderness. Even though Zvyagintsev’s film is far from reconciling, the film lacks Loban’s realism. It has a deep nostalgic feel to it. The distance between father and sons is like a lament, like a a betrayal. Unlike Chapiteau-show, The Return hangs onto the dreams of reconciliation. Even if it there is no space for real harmony in his film, there are the birch trees, and the equilibrium of nature to tell us that harmony is possible and that violence, hatred, and angst are opposed to it.

Dreams are part of reality, they may even shape reality, but the naked, commonplace, boring reality is different. Where one may think that Loban’s characters celebrate their dreams in the performances of the Chapiteau-show circus, they really celebrate their dream’s farewell. Loban follows this plea aesthetically. His film is full of pop-cultural and sophisticated references from Marylin Monroe to the Pirates of the Caribbean; from Levi-Strauss, and Goethe to Kubrik and Lynch. But these citations don’t have a chaotic postmodern feel. They simply show, on an artistic level, what the characters already told us. It is impossible to escape imitation; to be more beautiful, fancy, glorious, and glamorous is part of life. But there is no need to be nostalgic when life still turns out to be the boring, commonplace reality one tried to escape. 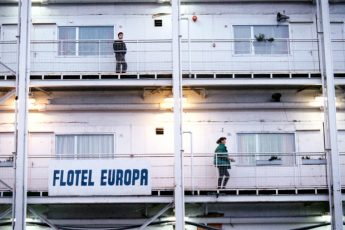