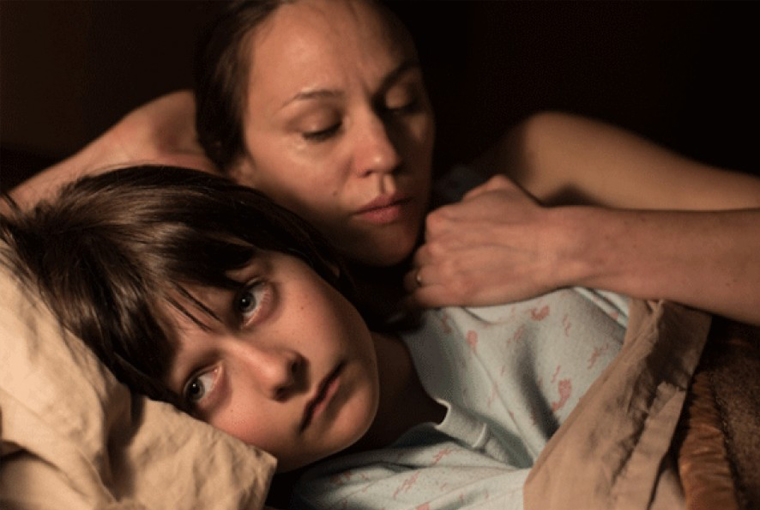 A small boy climbs into his mother’s bed at night. He has been having bad dreams and he whispers that he is going to tell his mother a story, his little head turned back towards her face and away from the camera – she consents and the strange story begins. While the child in the picture stays with his mouth closed, his wide-eyed gaze moving between the camera and his mother, the story is told in the form of a voice-over – the amplified little boy’s voice seems to be coming from behind the camera. One large tear rolls down the woman’s face as the voice eventually becomes silent.

So begins The Tree, a Slovenian film which screened in the East of the West competition at Karlovy Vary this summer. The emotional power of this extract is at once due to the unusual non-verbal exchange and to the sparse mystery of the surroundings – most notably the house, which becomes the restrained setting for this modern thriller. The breathtaking cinematography of the film, orchestrated by Mitja Licen, is remarkable principally for the way it uses light to represent exile, and the dreamlike state that that condition often entails.

Color choice corroborates the unconventional lighting of the film, for while isolation is usually underlined by dark or strong colors – here the exact opposite is the case, as white, bright colors illuminate the surroundings of the three protagonists, a mother and her two sons who live alone in a small house surrounded by a high wall. It is only during the little one’s birthday party that we have glimpses of color. Red and purple balloons are visible in the bright firelight while the smiling mother spins him around by the arms, joyful music playing in the background. It is only then that the audience realizes how unhappy and desperate the situation is the rest of the time, although the mystery still holds.

Non-linearity in a story can imply a plot that is heavy and hard to follow. In this case it is just the opposite, and the twisting storyline easily carries the viewer with it on its winding journey. The film evokes a novel, using different literary devices. Each character tells one part of the story, and not necessarily in order. It is strongly reminiscent of Shirley Jackson’s final novel, We Have Always Lived in the Castle, the creepy story of the Blackwood family. In this dark book, a family is poisoned with arsenic which was mixed into the sugar and sprinkled onto blackberries at dinner. The story is set many years later when the two daughters and their uncle are living in the house, persecuted by their neighbors and unable to leave the property. In The Tree, the family is also forced to stay in their house under mysterious circumstances – to say any more would be to give too much away.

Nonetheless, the actual reason leading to the household exile remains secondary, as the main importance lies in the coping skills of the older brother and his eventual rebellion. Similarly, verbal communication comes second to visual communication, like in the mother-son scene described here: who knows whether the silent story is meant to signify the complicity of mother and son or something else. In any case, The Tree is one of a selection of very good films shown at Karlovy Vary in 2014 which promote a visual cinema above all, such as Nowhere in Moravia and Corn Island. If this is a strong theme in current cinema, we should hope that they all communicate their mysteries so eloquently. 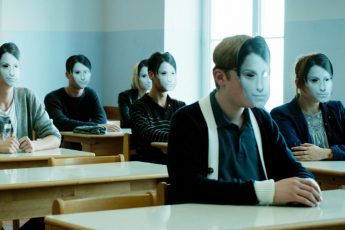