Love and Borders: An Immigration Tale from Serbia

Stefan Arsenijević’s As Far As I Can Walk (Strahinja Banović, 2021) 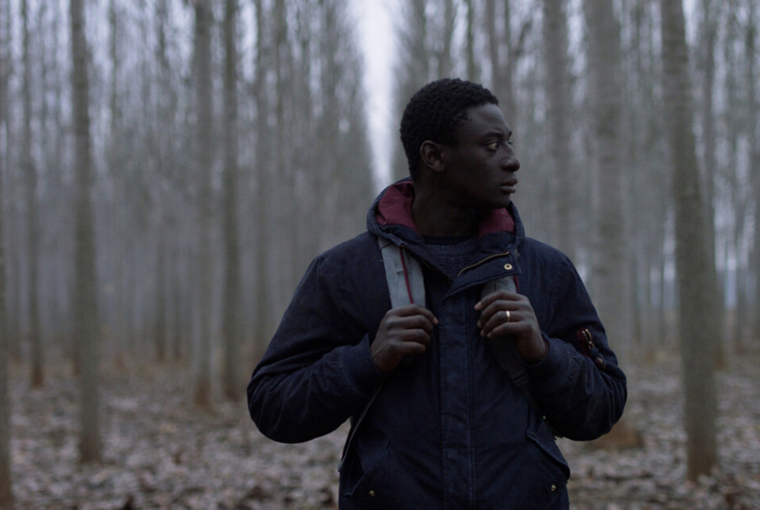 Since 2015, Europe has been dealing with the consequences of the so-called “migrant crisis”, when more than a million people fleeing war and poverty in the Middle East, Africa, and Asia crossed Turkey and the Mediterranean Sea to enter the European Union. With strong support from cross-border smuggling and trafficking networks, a constant stream of migrants and refugees continues to arrive in Serbia from neighboring countries despite the de-facto closure of the Balkan migrant route in March 2016, often ending up in reception, transit, and asylum centers. Screened in this year’s Balkan Survey section at the 62nd Thessaloniki International Film Festival, Stefan Arsenijević’s latest film As Far as I Can Walk invites us to confront the statistical and abstract figure of the “refugee” so often portrayed in the international media as a problem to be solved, and instead, presents us with a humanistic portrait of two people and a tour de force love story.

The narrative of As Far as I Can Walk focuses on a Ghanaian migrant couple, an aspiring footballer Samita (Ibrahim Koma) and his actor wife Ababuo (Nancy Mensah-Offei). The couple is settled in a Serbian camp on the outskirts of Belgrade, where the long and grueling migrant journey will come to an end for many. With bigger career aspirations and hopes for her life than merely obtaining asylum in Serbia, however, Ababuo escapes with two Syrian refugees and heads toward the Hungarian border, leaving her distressed husband behind. Pursuing his wife across the border will cost him his right to asylum, and staying behind may mean losing her forever. Our hero Samita sets off on a romantic quest to find Ababuo, retracing the perilous journey of so many refugees who attempt to enter the EU by taxi, train and on foot, on occasion with the help of exploitative traffickers.

In Arsenijević’s film, Samita’s love story takes center stage so that the characters – refugees – are not simply portrayed as victims, but are shown as having agency in an attempt to bring the refugee experience closer to international audiences. Here, agency is doubly defined as being able to undertake a quest for love, and to maintain personal aspirations and dreams despite the hardships of a refugee camp. The film insists on common universal values shared by all humanity. Even if one is forced to temporarily assume the identity of a “refugee” or “migrant” due to circumstance, this does not define one’s identity. Samita can aspire to become a professional football player; Ababuo can have ambitions to act in a theater play. Samita and Ababuo are main characters of a love story which employs some typical narrative conventions, like the inevitable urge to sacrifice everything for the sake of love and the hint at a love triangle. In doing so, Arsenijević creates one of the rare films on the refugee and migrant condition that can best be described as a genre film.

However, this choice proves to be a double-edged sword. Love stories are successful to the extent that they are universal – and generic enough  –  for audiences to project upon their own experiences. To create broad appeal, Arsenijević’s film simplifies aspects of the refugee condition, creating a somewhat rare – if not wholly improbable – portrait of Samita as an immigrant almost fully integrated in a nothing-but-welcoming Serbian community which calls him a brother. Initial success, which is consequently sacrificed for love, is an essential step for most love narratives. While this complies with the expected narrative structure, in doing so the film abandons a more nuanced representation of refugees, which in turn explains why the Greek audiences in Thessaloniki, a country recently accused of attempting “the biggest pushback in years”​1​, an illegal action punished by international law, expressed their surprise at the somewhat gentle and humane representation of authorities in the film. To avoid yet another portrait of refugees as victims, Arsenijević deliberately avoids the depiction of openly brutal policemen, opting for an interiorization of the conflict. The audience’s response to his choice highlights the diversity of international audiences. Agency is defined according to existing representations of the refugee condition that audiences are accustomed to. Unlike in Western countries further removed from European borders, in countries like Greece, violence and brutality against immigrants remain on the society’s visible surface. As a result, agency is expected to appear primarily in terms of fighting, resistance, and solidarity, which remain inside the victim/oppressor dynamics. For audiences closer to such open conflicts, such as a Greek one, the film’s different perspective comes as an interesting challenge.

For Serbian audiences, on the other hand, the film includes an additional challenge posed by its contemporary re-imagining of well-known medieval Serbian epic poem Strahinja Banović, in which a Serbian nobleman goes on a tragic mission to rescue his kidnapped wife. While this reference is very likely to be lost with international audiences, the decision to equate the contemporary journey of an African refugee with that of a Serbian nobleman from medieval times is a strong political statement, especially so within contemporary Serbian society and against the rise of right-wing populist discourse and anti-immigrant rhetoric in Europe. While the original title in Serbian “Strahinja Banović” directly references the epic poem, the international title simply reads “As Far As I Can Walk”, which hints at the action aspects of the protagonist’s quest. While the majority of the film’s dialogue is in English, Samita’s quest is mapped by a Serbian-language female voice-over which recites selected excerpts from the epic poem, adding a layer of lyricism and poeticism to his progress.

This creates an interesting contrast between the film’s universal love theme, addressed to a broad (and mainstream) audience, and its potential to provoke conservative viewers. While the film was not yet screened in Serbia, its current festival success will surely ease the film’s way towards national and regional distribution, and perhaps only then can the film’s subversive power be fully assessed. To rephrase its international title, it remains to be seen how far the film itself can walk on a mission which requires not only acknowledging immigrants’ legitimacy for love, but also protesting the horror of current European immigration policies by reaching and challenging conservative and anti-immigrant audiences.

The excellent performances by the two lead actors, French Koma and Ghanaian Mensah-Offei, carry the narrative, and poignantly embody the anguish, the passion, and the resignation of two young people, displaced from their home countries and looking for a better life. These are supported by Syrian actor Maxim Khalil, who plays the Syrian refugee and left-wing activist, Ali, with whom Abouba flees the camp, and a group of non-professional actors, real-life refugees, and migrants, which the director enlisted in order to have greater authenticity in the film. The story was developed from an initial idea to document the migrant refugee crisis in Serbia, and is inspired by the real-life story of Ghanaian refugee Ibrahim Ishak. The script is a transnational collaborative effort, co-written by director Stefan Arsenijević, Bojan Vuletić (a close collaborator and a well-known Serbian film director) and French director-writer Nicolas Ducray. Its conception followed weeks of research in asylum centers and migrant camps and the filmmakers’ own volunteer experiences. The rich cinematography by Jelena Stanković reinforces the scope of Samita’s journey and the grave tenacity of his decision, offering familiar images of Central and East European expansive landscapes, empty roads, and crop fields, which migrants traverse in their epic journeys to Western Europe.

According to the director, the Serbian epic poem is essentially about forgiveness, and even though the hero’s saga is loosely adapted in As Far as I Can Walk, this aspect re-emerges when Samita makes a life-changing decision at the end of his quest. By investing the story with elements from the local tradition and positing the story through a Serbian perspective, Arsenijević creates one of the rare films which narrates the refugee crossing, that of the Other vis-à-vis Europe, from the site of the “European Other” – the Balkans. More specifically, it does so from the perspective of Serbia, which is itself situated on the European periphery in geopolitical and imaginal terms and still in the process of negotiating its entry into the EU. Despite the devastating context of experiences made by refugees crossing into Europe, the film manages to deliver a humanist message of hope. Within this era of increasing borders, divisions, and human displacement, that may be the film’s greatest strength. 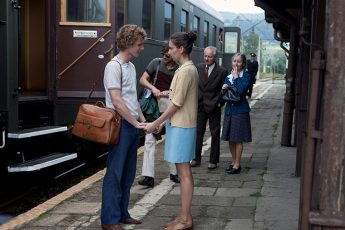 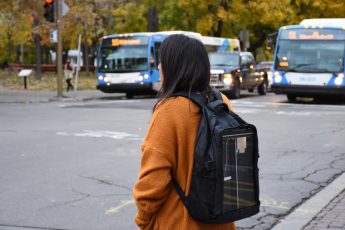