The Old Man & the Sea 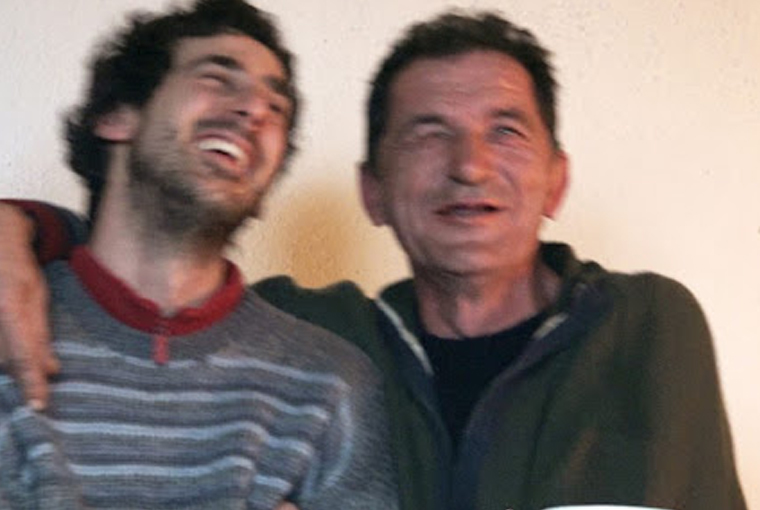 In a vague attempt to reconnect with his family’s past, documentary filmmaker Stefan Pavlović embarks on a journey of self-discovery and closure. After recently losing his grandmother, Stefan travels to Bosnia in search of answers. But his recollection of his childhood is foggy and fails him. What rekindles his imagination is his newly found friend Zdravko. Near the local village of Orah, Zdravko lives a solitary life as a lake fisherman. He has been alone on the unnamed island for almost two decades. The townspeople describe him as a man unafraid of the storms as he neither hears nor sees them (an affectation related to being partially deaf and blind rather than brave). Crucially, Zdravko’s ex-military history has driven him to such an isolated existence, in which he faces the complicated issues of PTSD separated from civilization in his self-imposed exile. By the end of the film, both Stefan and Zdravko find solace in each other’s pain. The empathy and truth they share seems to heal their wounds. Looking for Horses is a therapeutic and cathartic piece of cinema that exemplifies the power of friendship, a bond that surpasses all other manifestations of language and communication in the hope it will allow us to better cope with personal trauma.

Pavlović’s approach to documentary filmmaking owes itself to the avantgarde techniques employed in Chris Marker’s La Jetée and Alain Resnais’ Night & Fog. The cameraman refuses to be hidden and his influence over his subject is emphasized by the absence of invisible editing. Instead, there is a heightened sense of stylization in Looking for Horses, where the documentary uncomplicates any message it has to the audience by accepting and underlining the potentially manipulative nature of the genre. The director’s presence is immediately felt from the very opening scene, wherein his voiceover also appears as text on screen, like a visually represented audiobook. Static landscape images are abruptly unfocused, shifted awkwardly and uncomfortably out of frame. The camera pans every which way, scanning the image as if through a viewfinder, unanchored. This sensory discombobulation is an evocative method of illustrating the limitations and shortcomings of sound and vision, even when we are given the bigger picture. Sensory deprivation and the failure to communicate are constantly foregrounded in the dialogues between Stefan and Zdravko. They bond over their struggle to understand one another, laughing at mispronounced sayings that are lost in translation. Instead, their closeness stems from a knowingness that is felt rather than seen or heard exactly. It’s their internal perception of each other that they relate to, which undermines any miscommunication between them. It therefore acts to compensate for their shared deviation of sensory faculties: Zdravko’s faulty hearing and half-blindness, and Stefan’s hazy memory and – it is later revealed – strong stutter.

The film is littered with scenic portraits and photo-journalistic pieces. Pavlović’s tracking shots capture the brutal beauty of Zdravko’s everyday environment. The rock beaches are cold and uninviting, with grey clouds looming above the water like icebergs. Nothing moves but the waves lapping up against the boat. Misty, purple mountains lurk in the background, awaiting their call to arms as a storm approaches. Homeless Zdravko’s only refuge is an abandoned church, a somewhat befitting and ironic location for an injured soldier who has lost all hope. In this prophetic interior, we find the meager artifacts of his life; soiled sheets, discarded food cartoons, and empty bottles. Closeups of the protagonist expose his world weariness: his sunburned brow, his cracked fingertips. Yet years of a solemn existence have made Zdravko a master of his domain. His understanding of the lake through touch alone is almost supernatural. He explains how the island saved his life after serving in the war. The battle may end but the psychological struggle rages on. Zdravko divulges that he feels used and forgotten, forced to return into a misunderstanding society. When Pavlović asks what his biggest regret is, he replies that he never got married as the army stole the best years of his life from him. After these profound moments of introspection between the two strangers, they are both overwhelmed with emotion and hold each other crying. In the scene that follows, they simply laugh it off as if nothing happened, crooning a love song together. Zdravko preaches his philosophy to Stefan – to be happy within our means is “like a kidney in grease”.

Pavlović’s intention in Looking for Horses is to expose how language is restrictive in just its spoken form. The conclusion the film makes is that we must look to other elevated sources of information – spiritual, emotional – to understand mankind more comprehensively. It is an exercise in active participation from the spectator, who chooses to illuminate the impressionistic scenes on screen to give them greater meaning. With the aid of Pavlović’s overt direction, as an audience, we load the image with ideology. In combination with the viewer’s imagination, both parties create that ethereal cinematic language. Looking for Horses demonstrates that cinema is a conversation between medias, a dialogue between art forms, and that it is unbounded in its ability to convey anything and everything.