No Flesh, Only Blood 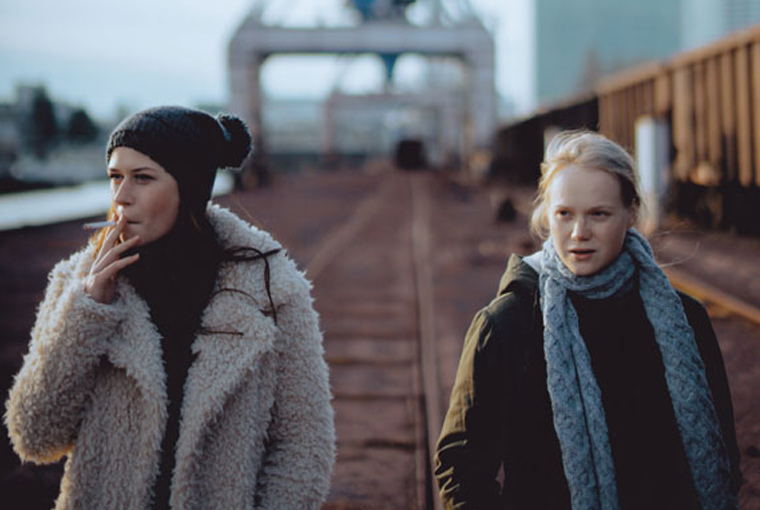 The move from documentary filmmaking to fiction film (and back) has become so frequent in Slovak cinema one could almost speak of a movement. Given the scene’s preoccupation with social and economic demise, it is also intuitive – logical even. Within the local confines of arthouse dogma, there isn’t much that distinguishes these cinematic forms of expression either aesthetically or narratively. In each case, a character is filmed in a detached, purely observational way as he falls prey to “the system” which is usually presented as an all-encompassing matrix composed of state institutions, national culture and bad fortune. In the more optimistic cases, that character is distinctly dignified, so that the viewer is at least provided with a Christian hope of higher order absolution. The less optimistic views of Slovak society, on the other hand, suggest that a land of despair and corruption knows no heroes, and that this hell cannot be escaped (not even literally), but only replaced by another one, perhaps of Western making.

Despite their general promixity, there is one feature that marks a decisive difference between the two genres and which renders the intuitive switch meaningful. This is that a documentary, however manipulative, is ominously contingent on capturing what is out there. No matter how well a director’s off-screen management, how elaborate his advance planning, and how sharp his senses, he will only be able to capture what is presented to him, so that there is only so much of reality he can extort from his characters. This trite truth renders certain conflicts inherently elusive so long as one stays within the confines of the documentary genre (unless one achieves the impossible and manages to, say, get perpetrators to speak about their crimes, which is part of the appeal of directors like Joshua Oppenheimer). With her feature debut Filthy, Tereza Nvotová addresses one such theme. For it is not just rape, but its frequent yet underrepresented, domestic form she is interested in, which victims often feel unable to speak about, making them impossible to unveil, let alone capture in a documentary.

Nvotová’s protagonist Lena (Dominika Morávková) is roughly normal, even if her brother’s disability causes some tensions in her family. She lives in an interchangeable row house, occasionally skips classes with her bestie Róza (Anna Rakovská), and is interested in average teenage preoccupations like alcohol, love and sex. (A reoccuring image of bodies floating on a flashy dance floor simulates the euphoric stream within which such activities are enveloped.) Lena is also interested in Roberto (Robert Jakab), her math teacher, whose chilly macho air appears to be popular with her female classmates. Yet it is Roberto who comes to Lena’s house for individual tutoring early in the movie and rapes her in her room. Though Lena’s brother and mother are in the house, the crime passes by them, leaving Lena all alone with her trauma.

This key scene is characteristic of Nvotová’s anti-sensationalist approach to the subject matter. If the build-up to the rape is conspicously long, it also serves to underscore the intimacy of its setting. Lena’s mom casually chats with Roberto moments before, offering him coffee and complimenting him on his good looks. (Roberto also seems to be a mentor of sorts to Lena’s brother, whom he drops off at home after school.) Then, the two are left alone in Lena’s room and the perpetrator reveals his true intentions. After a slow advance which Lena rejects, he grabs her and throws her on the bed. During the whole scene, the camera remains static, forcing the viewer to watch without simultaneously sexualizing the assault. It is not the viewer who is supposed to be shocked or traumatized, but Lena – without melodramatic assistance, he is forced to find the basis for empathy in the depths of his heart.

Yet, at this point only about 15 minutes have passed in the film, very little time to grow close to Lena. This inevitably creates a gap between us and her which perfectly symbolizes the emotional isolation which Lena soon finds herself in. Lena is unable to speak about the incident, thus alienating herself from both her family and friends, who are unable to decipher what they perceive as a sudden turn of temper. When she can’t get out of bed in the morning, her mother suspects that she’s simply not feeling well. The divide deepens when she finds out that Roberto is invited to a family party. Unable to cope with the situation, Lena locks herself into the bathroom and tries to commit suicide. Unfortunately for the film, this step is crosscut with a hysterical outburst by her brother, somewhat depriving the suicide attempt of its emotional impact. Here it first dawns upon the viewer that Nvotová will not keep the style of the film minimalistic until the end, instead repeatedly resorting to small doses of shock as the film advances. This adds to a sense of artificiality already entrenched by the aesthetics of suburban life, whose vapidness Nvotová willingly embraces. More than once the viewer feels like he’s trapped in a car commercial.

Lena is admitted to a psychiatric hospital, removing any hint of normality that pervaded her once secure shelter. Suddenly, she finds herself in an environment of hostility and utter despair, a place where her middle class background does not symbolize aspiration, but privilege. Fellow patients brand her as a spoiled brat who’s probably dramatizing first-world problems. In the group counseling sessions, they show no understanding for Lena’s tacitness, instead exchanging niceties and calling each other names. Here Nvotová’s masterful directing skills visibly pay off. Mixing actors with amateurs playing versions of themselves, Nvotová is able to navigate us through the psychological depths of psychiatric housing. In spite of the emotional volatility this involves, the portrait is both intense and convincing.

The shift to the psychiatry changes Lena’s daily routine, and with it the film’s initially homogeneous aesthetics. The sterility of suburban housing is now replaced by the much more gritty sterility of the hospital setting. Lena is allowed to occasionally leave the hospital with Róza as she starts to feel better, further offering the viewer industrial views of the cityscape. Inside the institution, she grows close to co-patient Iva (Juliana Oľhová), though the intimacy this offers her is another double-edged sword – the day before Iva must leave the psychiatry to return to her abusive father, she commits suicide, another fallback for Lena on her uncertain path to recovery.

With sanity – let alone normality – seemingly beyond reach, Lena’s mother (Anna Šišková) finally signs papers allowing doctors to give Lena electroshock treatment. After undergoing this violent form of therapy, Lena appears to have escaped depression, but she seems disoriented and forgets what has happened. The film now does its best to try and feign a sense of comfort, deploying short scenes of joy and leisure – even desire slowly enters the stage through the conversations between besties Lena and Róza. Still the monster of catharsis lurks in the background, and now Róza falls for Roberto. Luckily for her, she is rejected (though the degrading way this happens won’t fail to leave its mark on her either). But when she tells Lena about what happened, her memories return, and with the memories, their traumatic aftereffects do too. Another suicide attempt ensues, and Lena is again admitted to the psychiatry. But now that Róza and Lena’s mother have learned what caused Lena’s depression, they take her out of the psychiatry and put her back on the track of recovery.

It is here that the film finally loses its way and fails to round of the educational portrayal it has been delivering for most of the running time. If Filthy feels didactic throughout, overly keen to accurately depict a gallery of symptoms of rape and its aftermath, it is at least able to do this convincingly. The incrompehension of family and friends (“what’s wrong with you?”), the attempt to put the blame on the victim (“why didn’t you scream?”), as well as some of the more nuanced, psychological symptoms of trauma are depicted in a genuinely believable way. This makes it all the more problematic that in the final 20 minutes, Nvotová fools the audience into believing that there is a place for justice in this bleak picture she’s been painting. While Nvotová leaves it open what Lena’s father decides to do when turning up at Roberto’s place upon learning about his assault, the very fact of him having the choice to do something is more than most families of victims can say of themselves. Not only that, Nvotová even has Roberto admit to Lena, Róza and her brother that he raped her by putting him in a situation where they can extort this confession from him. This is a form of moral reparation most victims, even those who’re willing to speak, will never experience.

In the end, the mark Lena bears almost resembles a mole rather than a scar. Having obtained a confession and able to consider revenge, she seamlessly reintegrates into social life. While this last part may be true for some victims and Nvotová is rightly anxious to not depict Lena as a victim full stop (which she and lead actress Morávková masterfully achieve during most of the movie), one can’t escape the impression that the phenomenon of rape got off too lightly in this movie. In the final scene, Lena sits by the riverfront with a boy she met at a party the night before. When she gets up to leave as the sun rises, she rejects his request to accompany her. Is this a metaphor for a person living with a trauma, or a symbol for someone being cautious and/or proud?

In spite of its impressive realization, Filthy lacks a vision. In the end, this not only harms the film’s individuality, but even its educational potential. Unfortunately, this seems like the new reality in a Europe where movies are produced around project applications rather than ideas. Filthy may in this sense be the perfect film of the future: incredibly crafty, but painfully uninspired. What more can we expect from directors who are forced to managerially navigate through the bureaucratic jungle of public funding? If you’ve been inside the belly of the MEDIA monster, it’s unlikely you’ll come out with your aesthetic vision intact… 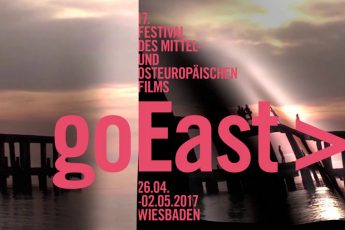