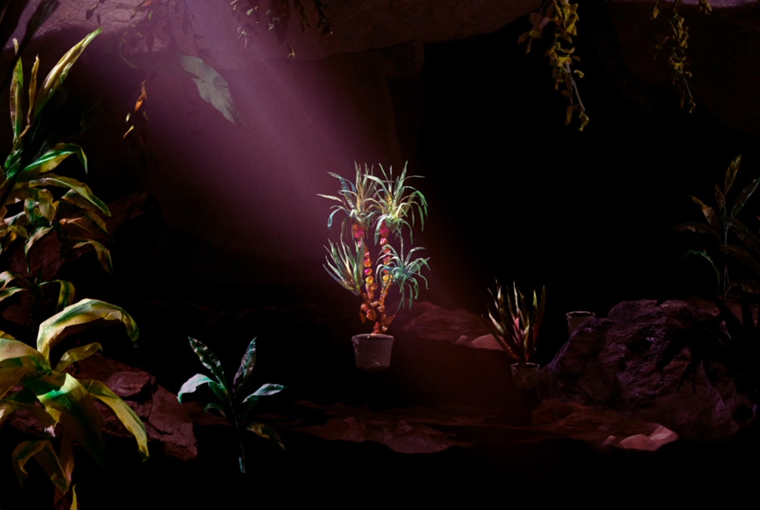 The organizers of the Primanima Animation Festival in Budaörs, Hungary, describes their event as the “Worldwide Festival of First Animations”. This description reflects the festival’s efforts to showcase and promote the work of young animation filmmakers who are either still students, graduates, or in the process of producing their first professional projects after graduation.

Estonian filmmaker Sander Joon presented his first professional film as part of the newly created “master’s competition” with his animated short film Sierra (2022). His film was awarded by the festival juries and audience with no less than three prizes. Sierra is a 16-minute-long animated short film that takes us into the world of father-and-son car racing. In order to win a race, the son accepts his fate of becoming stuck in a car tire by accident. Loosely inspired by the director’s father’s passion for car rallies and by an old Ford Sierra that has been passed through their family for generations, Sierra pulls the audience into a surreal rendition of the folk racing world.

In Northern Europe, folk racing is a widely spread, inexpensive form of car racing that serves as an entry level option for participants of all ages who, if successful, can go on to participate in the Nordic rally cross scene.

The film was produced using a 3D technique, which mimics an illustrative, lineless 2D style. The color planes and effects (e.g. smear frames) are refined with a brush-like texture. Every shot and every image is a well-contemplated, perfectly executed illustration. Highly stylized characters with round shapes and friendly, carefully curated colors allow this short film to have a continuously light and humorous tone. Frequent quick camera movements, gliding and circling through space, add to the dynamic feeling of this short film and successfully underline the motive of speed. The color palate could be referred to as “retro”: earthy tones of red, brown, and ochre are married to shades of violet and saturated, almost neon hues of pink and lemon. Explosive effects accentuate this wild bouquet of colors during the car race and turn the film into a true feast for the eyes.

Equally visually striking and also presented as part of the master’s competition is Tomek Ducki’s Plantarium (2020). Ducki is a Hungarian-Polish animation filmmaker who studied in Budapest, Kraków and London and has since produced short films and commissioned works with various visual styles and techniques. Plantarium, whose title is taken from the Latin word for greenhouse, is a 7-minute-long stop motion short film of epic beauty and tactility. In the film, a secret garden hidden in an underground cave is managed by a lonely gardener. The dark cave is merely lit by a couple of dazzling, warm light beams from above, which make it look dreary and lonely. One day, a little boy with dangerously sharp nails grows out of a pot and is taken in by the gardener, who desperately tries to cut the child’s nails.

The stop motion short film has a carefully conceived look. The puppets were built using wet paper towels to achieve the tinkered texture on the edgy characters. The paper towels were decaying as Ducki animated the characters – poetically translating the film’s themes of fragility and death into its material composition.

Plantarium dazzles the viewer with a limited, whimsical color palette of mainly violet, pink, green and some blues and with its attention to light and shadow. Indeed, special attention is given to lighting. In particular, the use of beams of light and gently glowing rim lights on the characters in the dark cave contribute to the magical and mythical atmosphere of the film.

In Ducki’s film, we witness a striking bandwidth of emotions: from tender, nurturing father-and-son moments to a climactic, brutal fight. The gardener takes the little boy in like a father, without hesitation, and makes it his duty to take care of him. To the boy’s horror though, the gardener chases the child with scissors, seeking to cut his sharp little fingernails. As the boy tries to escape, he trips and loses a part of his leg. According to the rules of Plantarium’s world, this injury can be fixed rather easily however. The boy gets patched up with a part of the gardener’s leg.

By doing this, the gardener gives away a part of himself in order to cure the boy’s wound, who he now seems to have accepted as his son by choice. Since the kid now discovers the opportunity to heal and grow by taking pieces of his father’s body, a rather mischievous and exploitative impulse awakens in the child. When the gardener puts the kid on a swing to play with it, it takes advantage of his paternal trust by jumping on him, ripping off parts of the gardener’s body and absorbing them into his own. This loss of innocence and act of sly perpetration can be interpreted as an act of growing up. Feeding off the gardener in this way, the boy’s body evolves into a muscular figure, who is now at complete eye level with the gardener.

This motive of one character consuming the other character, who never ceases to give, can also be found in Shel Silverstein’s illustrated children’s book The Giving Tree (1964). Here, a tree is slowly giving his all to a boy, whom he loves: first the apples, then his branches and trunk, until merely a stump remains – all this to please and serve the boy.

The following confrontational scuffle of the two figures in Plantarium is of a brutal nature. This effect is enhanced by the fragility of the wet tissue that the characters are made of. There are muscles visibly working and stretching until the father is disassembled and can no longer walk on his own. Carrying his father away, the source of tenderness and nurture has now shifted to the son. In the end, he buries his father in a plant pot and we witness a promising growth of new roots out of the remains of the gardener’s body. The film ends with the same shot of a beautifully lit palm tree that the film had opened with, thus hinting at the circular pattern of birth, growing up, fighting, and death.

In Sierra, the father-son relationship is also troubled. However, the conflict is driven by ignorance, not confrontation. The father is so focused on his dream of winning a car race that he neglects his son’s needs – notably that of having fun and playing, which the boy is left to take care of alone. His only company is a quacking frog, while his father prepares for the race. During the car race, it is the father who exploits the son (whereas in Plantarium, the son exploits the father figure). He puts the boy in charge in the driver’s seat, despite the fact that the boy never seemed to have wanted to attend the race in the first place – the father captured him and ventured off with him. Later in the film, after losing the race, the father is so consumed by his ego being hurt that he ignores the existential problem of his son – who is now no less than stuck in a tire, for good.

In contrast to Plantarium, the mother takes on an important role in Sierra and in the end, so does the parental relationship. In the beginning, the father’s garage, the mother’s green house and the child’s tire swing on a hill by a tree are portrayed as three separate poles. Everyone is seen minding their own business, pursuing their separate hobbies without communicating or interacting with each other. Therefore, the father also secretly drives off with the boy, making sure that his wife doesn’t realize. When she does notice that they are gone and she calls their phone, he declines the call and drives on.

Obviously though, the mother’s concerns about the rally were not wrong. When she finds her son stuck in a tire after the race, she tries to save the day by driving her son to a row of auto repair shops throughout the night, but to no avail. The son remains stuck in the tire. And just when there seems to be no hope left, the film concludes in a scene where, for the first time, both parents engage with their son, and that way with each other. The tire with the boy is now attached to a tree on a rope, being gently swung back and forth from one parent to another. So finally, the troubles of their son have helped his parents to grow a little closer again.

Sierra also frequently includes parts of an old black-and-white car race stop motion film that was animated by the director’s father, Heikki Joon, in the 1970s. The homage gives the father-son relationship portrayed in the film a new level and depth, emphasizing the autobiographical roots of the story and sprinkling the film with a respect for and devotion to the director’s father.

The two animated short films discussed here portray different takes on father-son relationships. The whimsical visual quality of Plantarium and the cleverly crafted metaphor it resorts to create the impression that we are watching an ancient myth come to life. The responsibility to nurture, which transcends the bodily health of the father; their physical fight for power; the shift of the obligation to care from father to son; and finally, the never-ending cycle of birth, growth, and death, are all universal themes. In the film, they are depicted through a simple yet precise botanical metaphor. Sierra’s tonality, in contrast, is more humorous and cartoonish. Its main topic seems to be parental responsibility, which the parents first fail and then finally succeed to provide.

Interestingly enough, both of these films use the motive of a swing at some point, featuring the father (Plantarium) or both parents (Sierra) playing with the child in a soothing moment of ease. It seems that, no matter how complicated and big the questions and problems are that father and son must face in the framework of their relationship, in the end, every relationship is ultimately about attention, tenderness, and play.