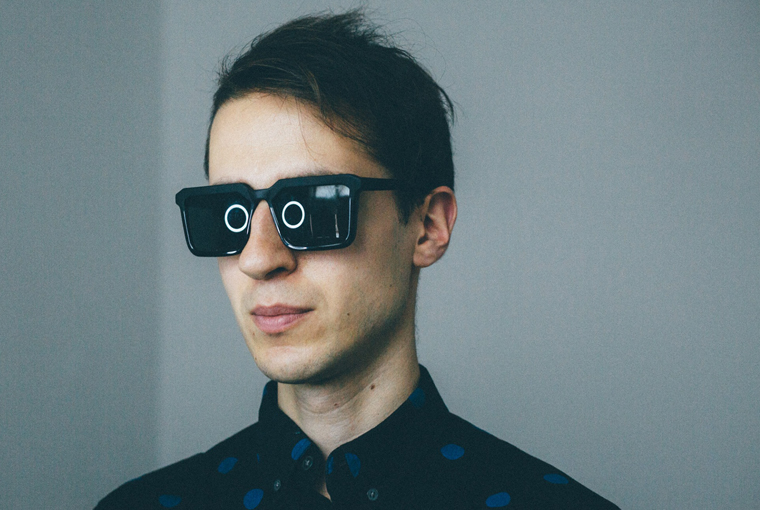 We met Hungarian-Polish filmmaker Tomek Ducki during the Primanima Animation Film Festival in Budaörs, Hungary (October 5-8), where he presented his latest short animation “Plantarium”. Ducki discusses the main motivation behind making the film and reveals how he comes up with specific animation techniques.

How did you conceive the idea for your latest short Plantarium, and what was your main motivation behind making the film?

I wanted the story to focus on the struggle between father and son and how it’s pictured in pop culture and in mythology. Take Darth Vader and Luke Skywalker – it’s always a fight and there is a lot of physical strength involved. That’s also how I arrived at the technique I used, which was supposed to reflect materiality and strength. So, on the one hand, the film has a certain brutality to it, but then there is also a caring side to it, that of raising plants. It may look brutal, because you are pruning the plants, but it’s also part of becoming human, like cutting your nails.

I thought it’s interesting to put the father-and-son motive into this plant world because that allows you to get rid of the gender theme – it’s mostly about propagation. Cutting the plant and replanting it. So those are the two motives.

You have a very strong sense of style and have worked with a large variety of styles and techniques in your previous projects.

Maybe it’s not that romantic, but I do work with a lot of styles because I get a bit bored after a while, so I need change. Then I look for something to hyperfixate on or I try out a new technique. I also like to keep the process interesting – it makes it more difficult, but at least I remain motivated for a longer time. Usually, every project is very unique in terms of how I choose the technique.

Sometimes it also depends on who I can work with because a lot of animators are specialized in different techniques. And other times I experiment with something that doesn’t work for the current project but can then be used in another.

What is your process for developing and deciding on a style like and how did this work for Plantarium?

For Plantarium, there was the color scheme in particular that I had used a few times in music videos and which I really liked. I wanted to put that color scheme into this type of short film.

The process was very classical – I had the story, we made a storyboard and then I worked for months just looking for something that could express the story in terms of its physicality. In the end, we used a lot of tissues and organic materials that are all wet. Paint is applied to them, and they go through a process of decay as you animate, so it was tricky. For some closeups, the puppets also had to be very big, about 1 m. The plants and puppets were recorded separately, and it was a bit tough to bring it all together in the end.

We also paid a lot of attention to lighting and played with shadows a lot. There was an animation of the light as well – for this, we exposed every frame 3 times with different levels of exposure. That was very time consuming but this way, we could really control the shadows.

You already touched on a certain brutality being portrayed in the father-and-son relationship. Is that a comment on what it means to have a child, that people cannot do it without losing themselves?

Well, in the end it’s just a metaphor for nurturing someone by giving them food from your own body. Parts of the father’s body are transplanted to the kid’s body. So I don’t think it’s brutal, but you can read it as being brutal. For me, the story is basically that of a father wanting to cut the nails of his son while the son really does not want to have his nails cut. But it’s all amplified, so it looks like a bull fight from the outside. He’s chasing his son until the son realizes that he can cut his nails himself.

In what ways have your cultural roots in Hungary, Poland and generally Europe, shaped your work as a filmmaker?

My mother is Hungarian and my father is a poster designer from Poland. So I had an early Polish graphic education, I think there is a sense of that in my work. I also went to Polish poster school and animation school in Budapest. It’s hard for me to pinpoint what exactly is Hungarian, what is Polish and what’s European in my work because I have traveled to a lot of places.

What does European cinema and European animation mean to you and what characterizes and defines it in your opinion?

Short animation is so small and specific, it’s so international. I think it’s more about individual taste, about the nation or even school you operate within. But then you can do an Estonian-style film in England or a Polish-style film in Canada. A lot of Eastern Europeans from the past generation made films without dialogue, but I think this also came naturally because of technical constraints. Now, young filmmakers in Hungary and Poland resort to dialogue more readily – I think that’s new.

What are your next projects?

I am working on two new short films with different subjects. It’s very post pandemic for me because for the past two years, it has just been me working by myself in my own room. I didn’t even live in the same city as the people I worked with. Now, this summer it was the first time that I sat together with someone again, working in one room with them. I have one short film that is almost finished now and the next one is awaiting the start of production. It is going to be animated in France. It might be the first project where I won’t be as overwhelmed in the process, because I have more help.