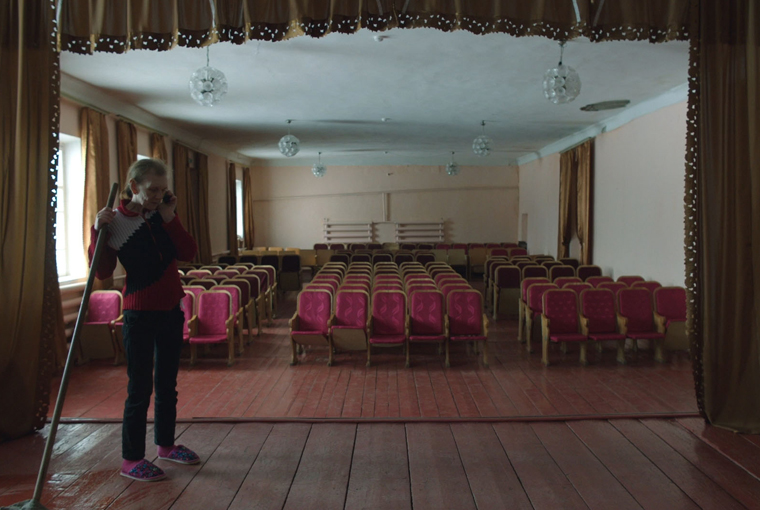 Vitaly Suslin’s film Papier-mache is closely linked to his 2017 film Head. Two Ears, and it is the unusual nature of this link that forms the problematic of his cinematic duo. In Head. Two Ears we meet a kind of fairy-tale character, a villager Ivan, as simple and naive as a baby, so much so that this simplicity borders on feeblemindedness. Not unexpectedly, there come people who take advantage of him. They pick him up on the side of the road, take him to the city, use him in a micro-lending scheme, and leave him alone and full of debts.

Then we make a film about it, and call it Head. Two Ears.

In Papier-mache we meet Ivan again. He’s back in his village. He’s had his minute of fame, many people watched a film about him. However, this fame didn’t seem to change his fate: he’s still deep in debt, and a collector is coming from the city ready to chop his head off if he doesn’t pay up.

So we’ll make a film about that, too. We’ll see what happens!

Truth be told, we can already see what’ll happen to him in the third film.

Obviously, the second film, referring to the first one as a documentary about Ivan, automatically refers to itself as a documentary, too. And while we understand that both films are works of fiction, we also start to see that the very subject of both is the fictionalization of documented reality. What it really says is that maybe there is something fictionalizing to the cinematic situation itself, and that in the end documentary cinema is no better than fiction at “showing us life”, because the act of showing already tells a story. And what is a normal attitude to the stories we’re being told or shown? The short answer would be that we don’t really believe in stories. That is why not only Ivan won’t pay his debts, but it is precisely the fact that there’s a film about Ivan’s debts that may make him unable to pay them.

We are accustomed to thinking that the more we hear about something in the media, the more publicity some issue gains – the bigger the chance for it to be somehow solved. This is one of the main motives that drive documentary film production. However, in certain circumstances, the opposite may also be true, for the simple reason that the places where issues are raised and the images of them that are presented are very different from the places where issues occur, develop, and get solved. Suslin’s films make this very clear. Television has a repressive power not only because it lies to you, but also because it tells you about issues being solved: it presents reality through images. It is at this moment that a kind of condensation occurs: when you hear about an issue, when it gets enough attention to appear on your screen, you start to assume that something is already being done there, no need to worry. In the eye of the spectator, the images are not only real, they are hyperreal. Who can be better off than the guy on TV? Who can be more alive than those who are being talked about? Once someone becomes an image, they elude compassion – they are condemned to admiration, envy, and, ultimately, indifference. Mediatic fictionalization redeems any fate, beatifies it. “What else can I do for him? It’s enough that I know him”. To say this is to actually say: “Unlike me, he won’t die”.

This kind of soft repression works in such a way that the usual figures of a cop or a judge don’t have to play their threatening role in Suslin’s films, as happens all the time in the cinema of Zvyagintsev or Bykov. They don’t need to repress anymore – so repressive is the admiration that images themselves produce in spectators. The cop becomes no better and no worse than the others – like them, he watches the film about Ivan, giggling.

Both in the way Suslin uses montage and builds the storyline, he constantly refers to advertising clichés. I think this has something to do with the functioning of objects in advertising. Ads don’t try to sell us the same object they show, they try to sell us its image. And we don’t want to buy the object we see onscreen, we want another object like that one. There are many scenes, especially in Head. Two Ears, that turn Ivan into a kind of advertised object that gains consciousness and tries to sincerely understand what it is he is advertising. In one of the scenes of Papier-mache, Ivan is invited to talk about Head. Two Ears on TV. At one point, the interviewer playfully asks him if he was able to pay off his debts, and Ivan plainly says “No”, and this word hangs in the air like something said off-script. Ivan does that all the time: he tears down the scenarios the viewers try to squeeze him into. Head. Two Ears and Papier-mache together create this oscillation, this uncertain space where the viewers constantly have to decide whether they are watching a fiction film or a documentary. They have to ask themselves what the nature of the object is they are looking at. There is a sense of urgency in this, and also a sense that this need will ultimately remain unsatisfied. Maybe you think Ivan is the picture of the all-enduring Russian people? Or maybe he’s this “little man” they’ve told you about in school? While we sit there deciding, the collector starts his car, and Ivan gives us this peculiar look that says nothing.

Papier-mache is a film about the inherent dangers of representation, which is destined to produce signs of things, pictures of things. These dangers are only accentuated by the film as a medium that is condemned to fight against the passivity and automatism inherent to the act of visual perception, and that is tailored to read signs, not to see things. This fight and those dangers are inseparable from the modern understanding of art as being linguistic: something that can be translated, retranslated, multiplied on photos and screens. The problem here is not so much that art risks becoming lifeless, but rather that life risks becoming perceived symbolically: images merge with things, people with characters, life becomes a film to watch. This concern is clear at the very beginning of Papier-mache. The film starts with an image of a female statue that is being closely inspected, almost “touched” by the camera. Then suddenly we see Ivan in a village library looking at the picture of the same statue in a book. Somehow, this picture is unable to retain his attention: instead, his gaze falls upon the body of a woman sitting in front of him.

In another significant scene, Ivan walks through the city of Voronezh and passes the building in which Russian poet Osip Mandelstam had lived in exile. A girl stands near the commemorative plaque and reads a 1936 poem by Mandelstam. She reads it with a broad smile, with buoyant theatrical inflections of tone that are so alien both to the poem and to the context in which it was written that the whole scene looks comical. What completes this feeling is a crowd of Chinese tourists gathered around the girl, filming her on their phones, and probably not understanding a word of what she is saying. Everything is here: a plaque – for a poet, an advertising voice – for a poem, and spectators – a crowd of tourists in the museum of someone’s life. 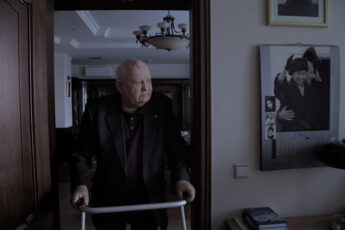 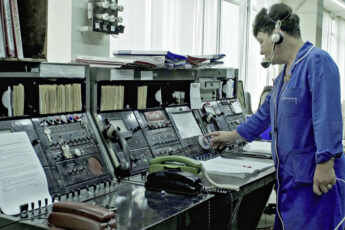 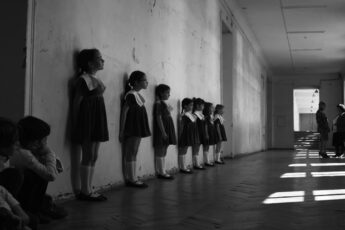