A Bit of Truth Through Much Conjecture 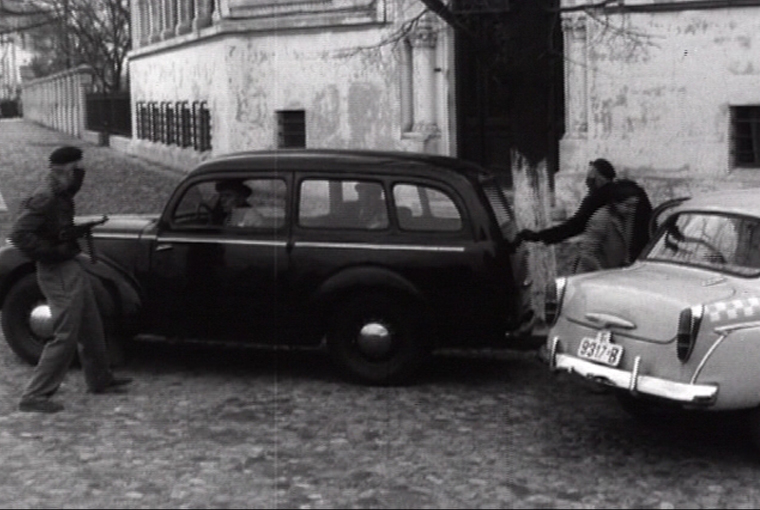 In 1959, an armed gang of six robbed the National Bank of Romania, seizing 1.6 million LEI or the equivalent of 2000 monthly salaries. In Communist Romania, a police state which boasted of its low crime rate, the hold-up caused a national panic, leading the authorities to launch a large-scale investigation which implicated thousands of innocent citizens, many of them ex-convicts. Who were the perpetrators? And what would lead them to dare such a dangerous act? These are the two main questions raised by Virgil Calotescu’s 1960 propaganda film Reconstruction, a state-ordered “documentary” about the robbery, and Alexandru Solomon’s 2004 The Great Communist Bank Robbery, a film which takes Reconstruction as a starting point to stage its own investigation of the 1959 incident. Though neither gives satisfactory answers – the former being thwarted by its ideological motives, the latter by the passage of time and evidence -, both reveal something about Communist Romania through the questions they ask, and through the way they ask and (try to) answer them.

Back in the day, Romania’s official stance on the notorious bank robbery was clear and concise: the hold-up was a criminal act driven by selfish and transparent motives. Reconstruction’s narrator describes the six accomplices as ordinary crooks, degenerate good-for-nothings who don’t even “deserve the title of man”. The nominally honest effort of the secret services to restore order and justice is embellished with similar pathos, though the ideological mantras never seem as cynical as when we are presented with the life of ordinary Romanian citizens. Early into the investigation, an agent skims crowded department stores respite with products and cheerful consumers, asking himself whether the bank robbers could possibly be among these innocent citizens whom he can’t suspect just like that. In the face of such hyperbolism and stylistic dearth, Solomon’s commentary of Reconstruction often seems superfluous. Why remind us of the prevalence of political prisoners and labor camps, as he does in the opening five minutes of the film, before letting the propagandist images speak for themselves? Why not have us face the ensnaring simplicity of ideological language ourselves?

Apparently, Solomon is not only addressing an international audience unfamiliar with Romanian history, but also one more interested in mysteries of fact than of history or philosophy. Most of his film’s screening time is dedicated to setting things right that are wrongfully implied by Reconstruction. Interviews with victims of state terror and their relatives and interposed statistics reveal that thousands of innocent people were in fact suspected, questioned and sometimes tortured by the Securitate (the Romanian secret services) during the investigation. (Interviews with former Securitate add piquancy to the film, though they omit larger questions of guilt and ideology and thus mainly offer paraphrases of the state narrative). But Solomon centrally seeks to retrace the story of the robbers. Why would anyone want to steal money that is worthless outside of Romania and impossible to spend in Romania without blowing one’s cover?

In fact, the alleged robbers were anything but ordinary criminals (if such a thing exists at all). Five of them were ex-members of the Communist elite who had only recently been expelled from key positions of the intelligentsia, while the sixth had attracted the authorities’ attention for having spent a few years in Israel. The fact that all six were of Jewish origin only adds to the speculative material. But although Solomon’s film gains momentum through the introduction of such details, the pieces never come together. While Stalin-style purges against Jewish members of the intelligentsia in Romania could explain both why the gang members were expelled from the party and why they then turned against the state, that’s a conjecture that – if true at all – leaves open many questions. Did the bank robbery really take place? If so, were the five suspects chosen at random, or were they really the culprits? What could be the motivation for committing such a terrorist attack and not any other? And would a terrorist act of ex-apparatchiks turn them into disillusioned idealists, or vengeful realists?

Though it is clear that these questions are largely unanswerable, they make one wonder what Solomon was trying to achieve with his film. If the story of Reconstruction is as fascinating as it is gruesome – note that the accused play themselves in the movie before being sentenced – disabusing the viewers of its obvious lies seems like little more than a journalistic achievement. Had Solomon tried to broach questions of greater implications, he might have helped us see why the Securitate interviewees are so comfortable with speaking about their acts, why the judge who sentenced the accused (in five cases to death) appears to stand behind his act, and why Reconstruction was as primitively propagandist as it was in spite of being reserved for party members. The film’s dogmatic decisiveness has Solomon ask whether the film was intended to convince, or merely scare its viewers. A closer look at Reconstruction not only suggests that it was intended to do both, but that fear was in fact a function of belief. At any rate, this would have been the more interesting question to raise than many of the fact-oriented ones he asked his interviewees. In a crime novel, information on what happened at 7.52 PM on the day before a given crime may be of great use to the reader. In an artistic document that promises a better understanding of a historical time and place, it verges on the irrelevant. 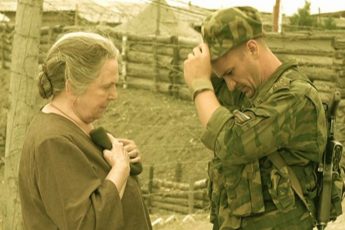 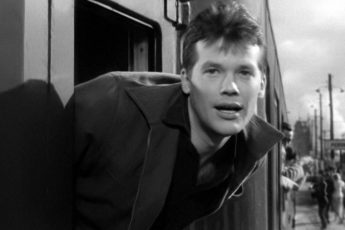