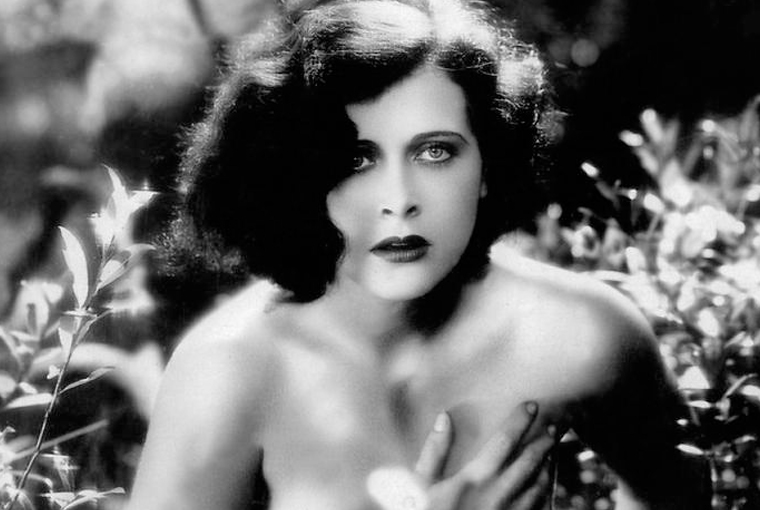 Newlyweds Eva (Hedy Lamarr) and Emile (Zvonimir Rogoz) return to their bourgeois apartment on their wedding night. Yet, instead of passion, pornography, or romance, Czech film director Gustav Machaty gives us a scene of nearly comic domestic ennui. Emile tries a key ring full of keys before finding the one that will open his front door. After entering the apartment, he promptly ignores his young bride in order to put on pajamas and nightcap and brush his teeth. When Eva approaches him to remove her necklace, he pricks himself in the process, and draws away from her to suck on his hurt finger. Eva is beseeching, Emile disinterested, and the spectator is led to sympathize with the neglected bride. She is played by Hedy Lamarr, later known as Hollywood’s most beautiful woman.

And indeed, Machaty’s 1932 Ecstasy quickly leaves Emile in the dust to focus on its beautiful leading lady. Eva is dissatisfied, and, according to her wishes, the union rapidly ends in divorce. The court scene cuts to a pastoral one. On her father’s estate, Eva awakens and takes a morning ride to a nearby lake – on horseback, in a nightgown, of course. While she bathes, the horse runs off with her clothes and she chases it in the nude. Unfortunately, Eva is not alone on her father’s land. To her dismay, the horse approaches a group of workmen who are constructing a rail line through the property. Adam (Aribert Mog), one of the engineers, catches the horse and returns the nightgown to an embarrassed, and then defiant, Eva. The encounter leads to an affair, which leads to the first representation of female orgasm in mainstream cinema: when Adam (presumably) shows a sort of passion Eva had not received from her husband, her face fills the screen, eyes closed, lips parted. Another shot shows her limp wrist falling off the bed, symbolically dropping her pearls to the floor.

Although the symbolism in the film is anything but subtle, the moral tone is not. Eva’s search for passion is represented as crucial and valuable, whereas her husband’s disinterest is represented as disdainful and selfish. But Adam is neither a hero who will save Eva from a ruined reputation through marriage, nor is he her downfall. Instead, he is portrayed as a naïve and enamored man of the land, courting a woman far above his social strata – a foil to Emile, the sexless bourgeois.

It is the affair itself that is the most morally ambiguous. And here, it is an affair in the literal sense of the term, since the divorce and court scene were only added to the American edit to pass the censors. When Emile discovers the liaison between his (ex)wife and the engineer, he takes his own life, and shortly after, Eva leaves Adam. Yet it is hard to see Emile’s tragedy as a moralizing punishment to the lovers. If anything, his death would permit them to truly engage in a future together. Instead, Eva chooses to leave Adam, as she chose to leave Emile during the first third of the film. If affairs are often portrayed as ending in disaster (à la Madame Bovary) or “success” (sexuo-romantic fulfillment and/or marriage), Ecstasy’s ends in both or neither. Adam and Eva suffer the experience of witnessing a suicide, and do successfully share a passionate – albeit short – relationship. On the other hand, no disaster befalls either Eva or Adam, and an enduring union does not result either.

Instead of taking a position on sex out of wedlock, Machaty focuses on Eva’s exercise of agency. Eva is the prosecuting party in the divorce (‘from the very first day, the defendant’s egotistic and careless behavior..’ reads a lawyer), which implies that the decision was hers. Similarly, Eva chooses to visit Adam’s cabin, unannounced, the evening after meeting him on her father’s estate. Finally, Eva decides to leave Adam – taking a train toward Berlin while he is asleep in the station. In each instance, Eva is the actor who decides when a relationship begins or ends, often to the chagrin of her father, husband, or lover.

Machaty constructs this bildungsroman of budding female sexuality on a distinctly Central European backdrop. Although the German-language film was intended for German audiences, the outdoor scenes on Eva’s father’s estate were shot in Prague, and the indoor scenes in Vienna. Machaty himself declared that “Ecstasy was and remains conceptually tied to Mitteleuropa, Vienna, Austria”1. Indeed, the Czech landscape plays an important role in the encounter between Eva and Adam. The intersection of the bourgeois pastoral estate and the modernizing rail project allow for these two to meet, and they bond as they watch insects pollinate flowers together (again, the symbolism is not that subtle).

In terms of style, the lack of dialogue is also striking. The scene of Eva and Emile’s wedding night and those of their life together are only accompanied by music, and the actors’ few interactions with one another are efficiently expressed by gestures and gazes. Similarly, none of Adam and Eva’s encounters include dialogue.

This silent film aesthetic is not a bad strategy for a film that focuses on female agency. If society dictates that men have the last word, Eva chooses to act – not speak. Some of her only lines in the film illustrate this. When she flees to her father’s house to escape her loveless marriage, she delegates speaking to her father, while acting on her own behalf:

“Why do I have to lie (to your husband about your presence here)?”

“So that I can have my peace.”

“You still have your whole life ahead!”